Boosting Ethnic Ministries in the CRC 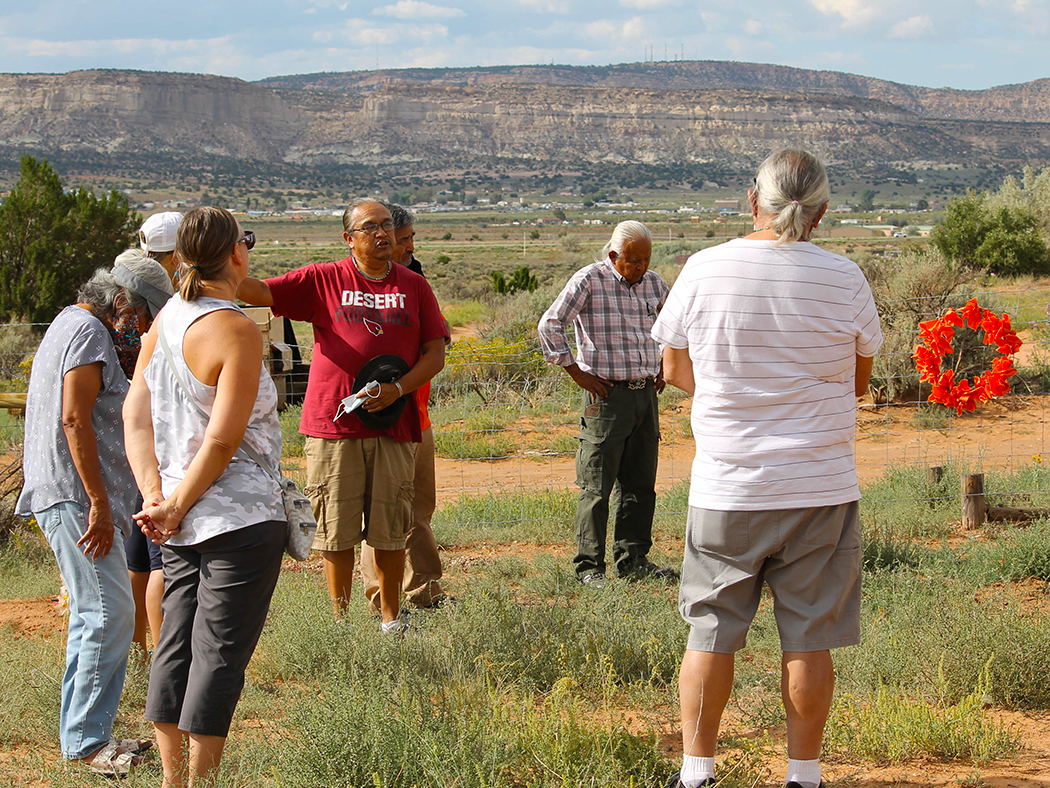 During Hispanic Heritage Month, which runs from Sept. 15 to Oct. 13 in the United States, CRC News will be presenting weekly stories on Hispanic leaders in the Christian Reformed Church in North America. This is the third in the series.

Viviana Cornejo’s love of history began in early high school when a socialist government was in power in Chile, her homeland.

Until then, schools taught the popular story about the Spanish coming to create a more civilized society among generally backward Indigenous peoples.

But when Salvador Allende’s democratic left-wing, socialist government came into power in 1970, the schools began teaching how Spain conquered and colonized the Indigenous peoples, subjugating them to oppression and poverty.

“That is when I began to have a passion for history. I learned the truth of what happened to native people in my country,” said Cornejo, an Office of Race Relations advocate who has been working patiently over the past several years to help build Hispanic ministry in the Christian Reformed Church in North America.

In part, she said, she has used her love for and knowledge of history of many peoples in many places to put together seminars and trainings to help people look more deeply into the history of racism and oppression that has occurred in North America and beyond.

“When I was younger, I had so many questions and found answers in books. I see now how the Lord used everything I’ve learned and everything I’ve come through so that I can do this work today.”

In addition, Cornejo said, she has learned that people in the CRCNA “need to learn the whole story. We need to learn things we never learned before.”

Looking back, she said, she and others only had a short time — an open window that quickly closed — to learn about the history of the Spanish conquest of Chile. She grew up in the country’s capital of Santiago.

Allende was only in power for three years until right-wing leader Augusto Pinochet led a successful coup in 1973. And the country, she said, returned to viewing its past through the eyes of a colonizing, repressive regime.

“When the coup came, everyone was afraid,” said Cornejo. “Those were very sad years. I never felt so much fear as I did in those years.”

During that period, she got married to a man who was a pastor, and his church sent him to southern Chile to plant churches.

“We planted two churches,” she said. “As we did, I saw bad poverty with my own eyes. I saw people without water or electricity. I saw a lot of huge gaps between the rich and poor.”

As she and her husband began to start their family, they moved to Grand Rapids, Mich., so that he could study at Calvin Theological Seminary. Their time there was a welcome respite before they returned home, where he became the director of a seminary and she started working in a library.

“Those were very hard years under the dictatorship. It was a scary time,” she said.

They often heard helicopters overhead or the loud motors of vehicles moving along the streets at night, looking for people who were alleged to be enemies of the state. These enemies could be anyone who was tagged as an enemy by a neighbor — or someone else — for any reason.

“It was very common to hear gunfire at night. We lost many friends. They disappeared,” said Cornejo. “Many times when I was out, I ran into tear gas. Those were very sad years.”

Children born during that time, she said,  are called “the children of the dictatorship.”

“I needed to teach my daughters what to carry in their backpacks in case of protests — salt and lemon: to put salt under your eyes and suck the lemon juice” if there was tear gas in the air, she said.

“There were countless times when I needed to run with my daughters and hide in a store or behind a kiosk, or even run to the subway while stinking water was thrown by the ‘guanaco’ (water-cannon) trucks on protesters,” she said.

Unfortunately, the Protestant church turned its back on injustice, torture, and disappearances, and supported the dictatorship. But in contrast, the Catholic Church stood up and protected thousands of innocents. “Many priests were shot to death for opposing them,” she said.

Her family moved back to Grand Rapids in the mid-1990s so that her husband could take a job as a translator of Spanish books. Their marriage, however, ended in divorce. For a few years, Cornejo said, she struggled with the divorce and at times “felt the world coming down” on her.

But in 1997 she began working for Christian Reformed Home Missions (now Resonate Global Mission) as an administrative assistant. The first months were a struggle because everything was new and confusing, she said — “the language, the names, the places, the way of doing things, the culture, the amount of paperwork and meetings. . . . I wasn’t CRC and didn’t know the system.”

Feeling so overwhelmed, she said, she wanted to quit, but two things stopped that. First, her own persistence to master a job, regardless of the challenges.

Then, she said, there was her supervisor, Gary Teja, one of the leaders in Home Missions at the time. “He supported me a lot,” she said. “He was my mentor and took the time to explain every single detail. . . . I started to travel with him and learned about the CRC system and how it works.”

Seeing how it works made her realize that, although there were Hispanics and people of other ethnicities connected to the church, their skills, faith, and knowledge might not be fully realized by the broader denomination. It made her wonder if she might work in the area of race relations.

“I wanted to be in this work,” she said. “I began to see how God used my divorce to make a new person of me. I was feeling born again and started to see the world in a different way.”

Still working for Home Missions, she started to take anti-racism training. But it wasn’t long till, as she talked with friends, she came to believe that this training needed more people of color participating in it.

“I got upset about that. Unless more people of color were in it, it wouldn’t work,” said Cornejo. “Because they had few people of color, I went to the training many times.”

During this period, she said, she also went to lectures and conferences, and she watched documentaries and movies, and her personal library grew. And in the process,having learned so much about the oppression of different people, she said, her real ministry was being revealed to her.

“The dots were being connected for me,” Cornejo wrote in an article posted on the Network.

“Suddenly stories of discrimination and difficulty that I knew from friends, coworkers, acquaintances, brothers, and sisters were put into their historical context through my reading and studying. My life was changed. Some may say I was converted again! Months later I moved from Home Missions to Race Relations.”

Since then, Cornejo said, she has worked to use all she has learned and experienced in her role as a Hispanic/Latino leader in the CRC.

An important aspect of her work now is to raise up and train Race Relations facilitator team leaders in the CRC. Recently she helped to conduct a retreat in New Mexico for many of these leaders.

Native American CRC leaders welcomed them, offering hospitality, and took the time to share their stories and ways in which they are able to use their culture in worship.

“This time, as I planned the retreat, I wanted it to be different, not a retreat with a schedule — a time for this and that — but to follow the Holy Spirit’s time,” she said.

“So I set some activities that we were going to work on, and the Spirit would take care of how that would go. The time together involved mainly focusing on sharing stories and being together in a journey of healing. It not only filled our expectations but also went beyond them.”

Reflecting on her work to shore up and expand ethnic ministries in the CRC, Cornejo said, “My prayer and request to the Lord is to allow us to have the Indigenous ministries moved to the front of the CRC. How might that look? I don't know, but in prayer is where I'm waiting for him to show me the way.”