‘Being the Church’ during COVID-19 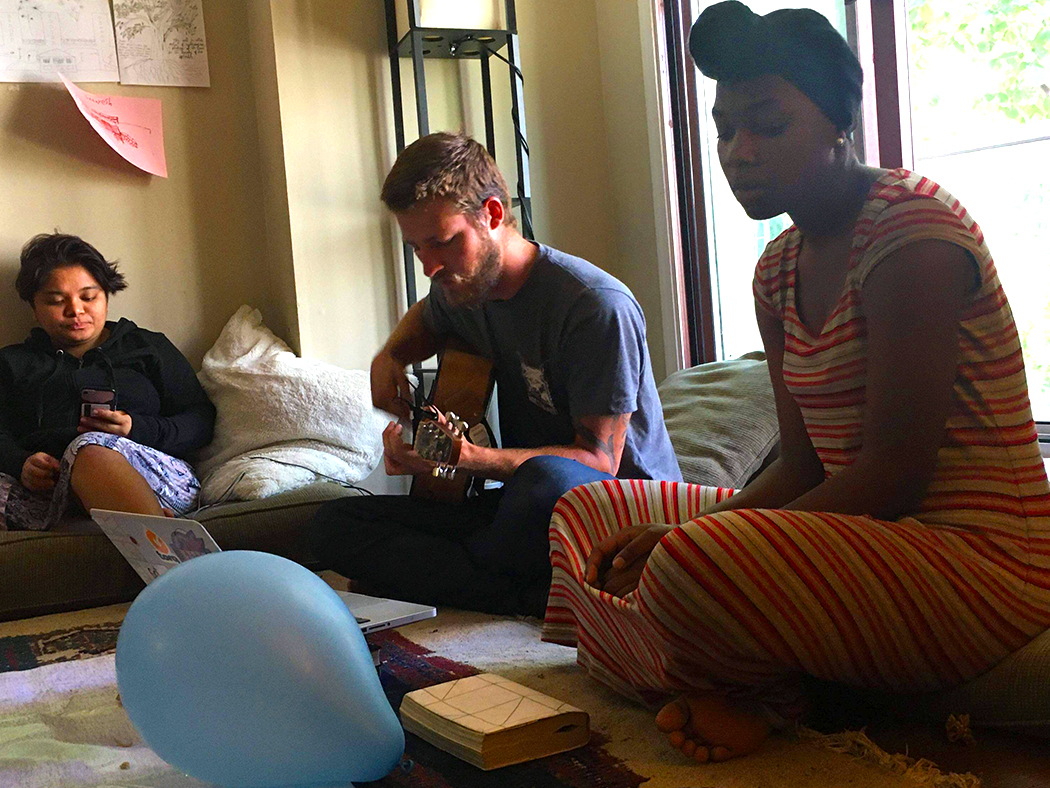 For the past 12 months, Sam Kamminga — an intern ministry developer for Resonate Global Mission — has been bringing neighbors together as part of the Trellis Collective in the Ocean Towers apartment complex in Halifax, N.S..

Meanwhile, Daniel Meinema, pastor of Hebron Community Christian Reformed Church in Renfrew, Ont., has needed to learn the mechanics and  process of using video-streaming technology to offer Sunday worship services. Also, since the COVID-19 pandemic began, Meinema has been busy writing daily devotions that he posts on the church’s website.

Each has been connecting with a different demographic of people. In Renfrew, the church, among other things, has been helping struggling families in the community to steer clear of poverty.

In Halifax, the work involves joining with a range of people who have moved to Canada from countries around the world and now live in a large housing complex.

These experiences are especially about the church “being the church” to its neighbors — seeking the well-being of the community together.

When Hebron CRC first closed in-person worship and ministry services a year ago because of the pandemic, Daniel Meinema had to figure out how best to deliver his Sunday sermons and provide congregation members, confined in their homes, music for worship.

“For the first six to eight weeks, we just offered the service through Facebook from my cell phone,” said the pastor of the congregation located about 60 miles (96 km) west of Ottawa.

They had musicians who showed up on a rotating basis and often had someone to sing — or Meinema would take on that duty as well.

“After that, we went out and bought a decent camera and a program to run it. Then we slowly had to learn how to use the technology.”

Broadcasting that way, Meinema assumed only members of the congregation would tune in. But he has been surprised to find that people who would otherwise not likely come to church have ended up watching.

Until recently, Renfrew dodged the bullet of COVID-19 infections. But then families in the area had large gatherings, and people came down with the virus — and it has started to take hold in the community. Though the number of infections remains fairly low at this point, the disease is nonetheless now in town and something to be concerned about.

“Not too many people in our community have gotten vaccinated yet. We’re still waiting. It’s been frustrating,” said Meinema.

“We have quite a few people who have been very clear that, even before the numbers started going up, they will be staying home for church until they are vaccinated and it is safe,” added the pastor.

Hebron CRC reopened for limited-capacity gatherings in mid 2020. Over Christmas, however, the government required them to shut down again. And since February they have been open — at about 25-percent capacity.

While some churches have been split over the issue of people wearing masks — not so at Hebron. “Here we just told people they needed to wear masks — and they did,” he said.

Renfrew overall, he added, is a low-income community. As such, the church contributes to the local food bank, has delivered meals and groceries during the pandemic to people in need, and is looking for when they can return to visit with elderly members and hold services in a local nursing home.

They also are waiting to be able to visit a local drop-in center for seniors again. In addition, said Meinema, they look forward to the time they can bring, as has been their habit, lunches to low-income students in one of the local public schools.

“And we also miss our potlucks,” he said. “I think now people see how much they need times like that to be together. People as a whole need connectedness and need to break through that isolation.”

Sam Kamminga’s ministry ramped up when COVID-19 forced people to stay inside their homes. At the Ocean Towers that meant hundreds of people were required to stay in their apartment buildings. When the lockdowns eased, they still couldn’t venture very far.

And yet that was not a bad experience for Kamminga, whose parish all along has been the hallways and laundry areas, the lobbies and living rooms, and the stairwells and quiet corners of the 18-story apartment complex spanning three large buildings.

It is a parish of people linking together, in many ways,  to seek comfort and peace and justice in this rugged corner of the city. Ultimately it is an egalitarian ministry; one in which everyone has a God-given role  to play.

“We have an asset-based collective approach in the neighborhood where the Trellis Collective is made up  of our neighbors, and we support each other,” said Kamminga.

Supporting each other means just that — linking arms  and hearts and lives, seeking the joy of being in the city together, especially in tough times.

Among other things, they join to hold Bible studies in apartments and have prayed with residents who have had babies born and with those who have lost loved ones to the virus, said Kamminga.

Church is not necessarily a predictable thing or place; worship often arises spontaneously, especially in the apartments in which people live.

“We have been cautious, but we have often had meals together,” he said.

Kamminga said these mealtimes, eaten in many places in various settings, are crucial. Sitting together at tables is often a kind of Eucharist, a time of praise and thanksgiving, and of giving, receiving, and sharing, he said.

Made up of refugees from countries such as Syria, Somalia, and El Salvador, this is a community that has few resources to share. Jobs are hard to come by even in good times. But, like members of the early Christian church, people share as freely whatever they have.

And the Trellis Collective has helped. For instance, children have lacked computer access for school classes — and so, said Kamminga, “we were able to set kids up online.”

Though unable to go outside much during COVID-19, people have been able to congregate in the lobby. They mix, share stories, and, day by day, find ways to grow their relationships.

“There is cultural diversity here,” said Sarah Nyazungu, who works with Kamminga in the Trellis Collective.

“We learn to have empathy for one another. We look for understanding and making connections. We are the church for people who come here from all over the world and who live here.”

The pandemic has, if nothing else, brought people in the large apartment complex closer; they have learned to increasingly rely on one another.

“Our lives are now intertwined,” said Kamminga. “I think we are getting a new perspective of what it means to be church.”

More than ever, church means joining to do the collective business of living, of seeing neighbors as children of God, of together seeking to move through the turmoil of the COVID-19 pandemic with one person helping another — after all, they are a collective.

“The pandemic has forced us to deepen our roots a bit,” said Kamminga. “We’re kind of stuck with each other. But that limitation has been a blessing.”