Ancaster Day of Encouragement Going on a Hiatus 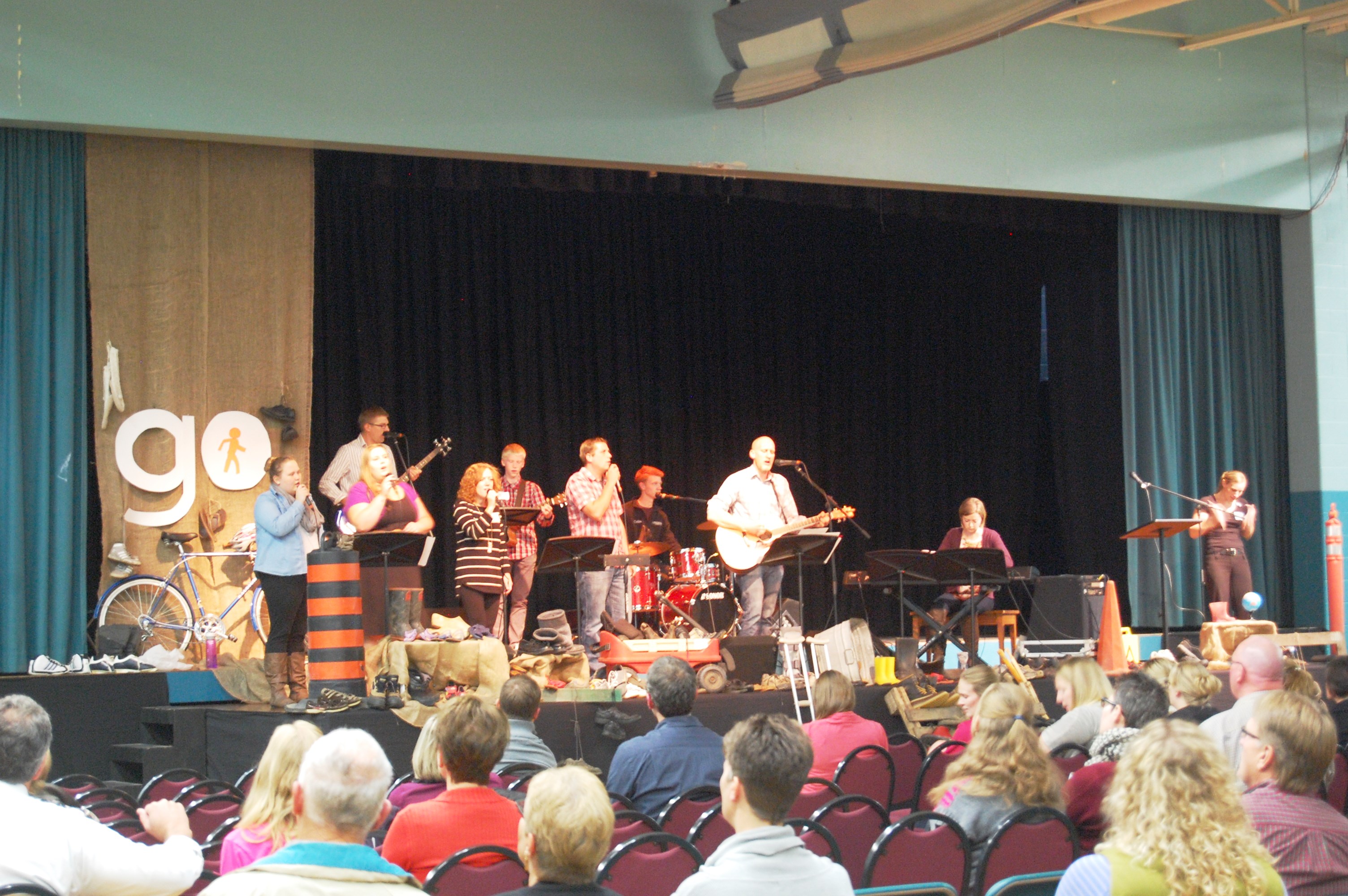 The annual Ancaster, Ont., Day of Encouragement (DOE), which has been taking place in one form or another since the late 1950s, is not being held this year as organizers sort through what shape it will take in the future. People are encouraged to attend Inspire 2017 instead.

Sponsored by Diaconal Ministries Canada, the DOE has generally taken place in the Hamilton, Ont., area for the past half-century, drawing people for a day of prayer, speakers, and workshops on various ministry topics.

“As the years have gone on, many other Christian Reformed Church offices and ministries have been holding their own meetings and gatherings,” said Tammy Heidbuurt, a regional ministry developer for Diaconal Ministries Canada.

With the opportunity for members of CRC congregations to meet in different settings to learn and be trained for ministry, “DOE organizers need to reevaluate its focus and look toward getting a greater sense of what the DOE can look like going forward,” said Heidbuurt.

Shortly after the 2016 DOE, organizers decided to put the event on hold for a number of reasons, including falling attendance (from more than 900 in 1999 to less than 250 in 2016), the fact that less than 20 attendees were under 30 years of age, and a strong sense that the event needs a makeover.

“While we recognize that the Ancaster Day of Encouragement has been a blessing to many people for many years . . . being intentional about this process of reflection affords many exciting opportunities in the long-term: the potential of reimagining the format, of establishing new partnerships, and of reinvigorating this event,” said Heidbuurt.

The DOE dates back at least to 1959, when deacons began to come together, starting with four classes and growing to include six to form the All Ontario Diaconal Conference (AODC), said Heidbuurt.

The AODC met annually on the third Saturday in October of each year, calling the event the “Annual Meeting.”

The AODC continued to grow and became the Eastern Diaconal Conference. Sometime in the late 1970s the Annual Meeting grew into a broader church gathering beyond deacons.

The Annual Meeting was eventually renamed the Day of Encouragement. One newsletter from more than 20 years ago refers to the DOE having an attendance of 767 people — with 340 of them serving as deacons, said Heidbuurt.

“In the late 1950s and early ’60s, Western Canada diaconates also organized diaconal conferences/meetings. Eventually leaders of all the conferences sought greater levels of cooperation, which ultimately led to the formation of Diaconal Ministries Canada,” she said.

Around 1999, Classis Northern Alberta also started their own DOE. Similar gatherings referring to themselves as a DOE have taken place elsewhere in Canada. In 2013 a group in Iowa sponsored a DOE as well — in Sioux Center on the campus of Dordt College.

“We have realized over the years how much people like learning and networking and being together with people from other churches,” said Heidbuurt.

But as things have shifted, church members find greater opportunities to gather and often to meet with those who share a similar focus in, for instance, disability concerns, race relations, or social justice, said Heidbuurt.

As the DOE is taking a hiatus, for example, Diaconal Ministries Canada recommends that people who feel a need to meet with other CRC members to share ministry ideas and get refueled for service should consider attending Inspire 2017.

Taking place Aug. 3-5- in Detroit, Mich., the event is designed for people involved in ministry at any level in any of the CRC’s 1,000+ congregations.

The conference in Detroit will connect people for three days of worship, practical workshops, speakers, and conversation. It will be an occasion to build friendships, share ministry experiences, and, as CRC members, celebrate being part of God’s grace-filled kingdom.

“Inspire is just that — a chance for people to come and be inspired, to be inspired about being part of this church, to be inspired by learning from others in the church, and to be inspired to become even more deeply involved in ministry when they return home,” said Kristen deRoo VanderBerg, director of Communications and Marketing for the Christian Reformed Church in North America.

Visit the Inspire 2017 website for information or to sign up for email updates about the gathering in August.