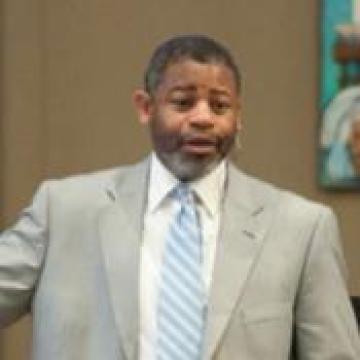 Reggie serves as the Director for Diversity. He served as Director of the Offices of Race Relations and Social Justice from 2016 to 2020. Before coming to denominational work, he served as co-pastor of Northside Community CRC in Paterson, NJ for almost two years. He was pastor of Roosevelt Park CRC in Grand Rapids, MI from 1994 to 2015. Reggie served in several capacities throughout the denomination such as adjunct seminary instructor at Calvin Seminary, a columnist for the Banner, and president of the board for Back to God Ministries International (now ReFrame Ministries). Reggie enjoys meeting new people and traveling to new locations to notice the hand of God at work in the world. Also, an avid fan of the Chicago Cubs baseball team.

Email us at [email protected]