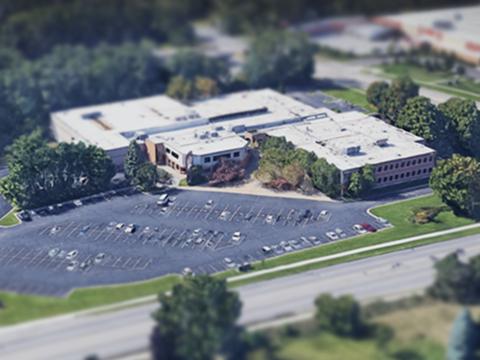 Uncertainties connected to the COVID-19 outbreak and the resulting economic downturn have prompted leaders of the Christian Reformed Church in North America to postpone the building upgrade for the CRCNA office building at 1700 28th St. SE in Grand Rapids, Mich.

“Over the past several days, the U.S. senior leadership team has met to review the building project,” said Colin Watson, Sr., acting executive director of the CRCNA.

“Because of the literally innumerable implications that the coronavirus is having on society and the economy — and a host of other related issues — we have made the difficult decision to postpone the project. It is our intention to revisit this issue within the next year.”

In October 2019 the Council of Delegates gave its approval for a “radical remodeling and repurposing of the acreage of the Grand Rapids facility . . . with costs not to exceed $11.7 million.” The costs for this project would be paid for with the proceeds from some property sales, donations, and general financing.

Plans were moving forward to start the project yet this year, but COVID-19 and questions related to how the current downturn in the economy might affect financing made it clear that they “should put the building drawings and engineering plan on the shelf for now,” said Watson.

“The work that has already been done hasn’t been lost. We will go back to it when the time is right,” he added.

The CRCNA’s Canadian Ministries celebrated a reopening of their offices in Burlington, Ont., in late 2018 following a more than $3 million renovation that expanded the building from 16,000 to 23,357 square feet. The project included reassignment and refurbishing of existing space as well as the addition of new space.

The CRCNA offices in Grand Rapids sit on about 13 acres of land, and the current facility has about 130,000 square feet of office and warehouse space. A review of current staff needs showed that the CRCNA now requires only about 90,000 of this square footage.

From its original construction in 1953 to today, the CRCNA building in Grand Rapids has been expanded and renovated as ministry has grown. Speaking to the COD last year, John Bolt, director of finance and operations, explained that because the building has been expanded several times in different eras, there are numerous issues with space layout and air circulation.

In addition, Bolt pointed out, another issue has to do with the space left over when the CRCNA’s on-site printing plant closed in 2008 and several of the church’s large-volume printing projects (The Banner, Today devotions, etc.) were sent to RBC Ministries, once known as the Radio Bible Class, in Grand Rapids.

Of the need to return to the building project when the time is right, Watson said, “Our current building is fairly old. We have deferred-maintenance issues, and we would have to spend millions of dollars just to upgrade these dated systems.”

The goal of the building project, he added, would be “to reduce our footprint, renovate the interior spaces, and make the building much more efficient, which will reduce our costs going forward.”

The plan that is being set aside for the time being includes selling some of the existing acreage to make way for community living and commercial spaces. The result, said Watson, would be a building more in line with the needs of CRCNA ministry today and more affordable to maintain in the future.

In a letter he wrote to U.S. staff, Watson said:

“We thank you for your active participation in all of the preparation already completed for this major project, and I trust and hope that this decision will remove a certain layer of anxiety that we have all felt over the recent weeks. Thanks for your continuing commitment to our Lord, and to the ministry and mission to which he has called us. Please continue to reach out to each other in mutual support and continue to uplift each other in prayer as we navigate these times.”