Upholding the Kingdom in Times of Division 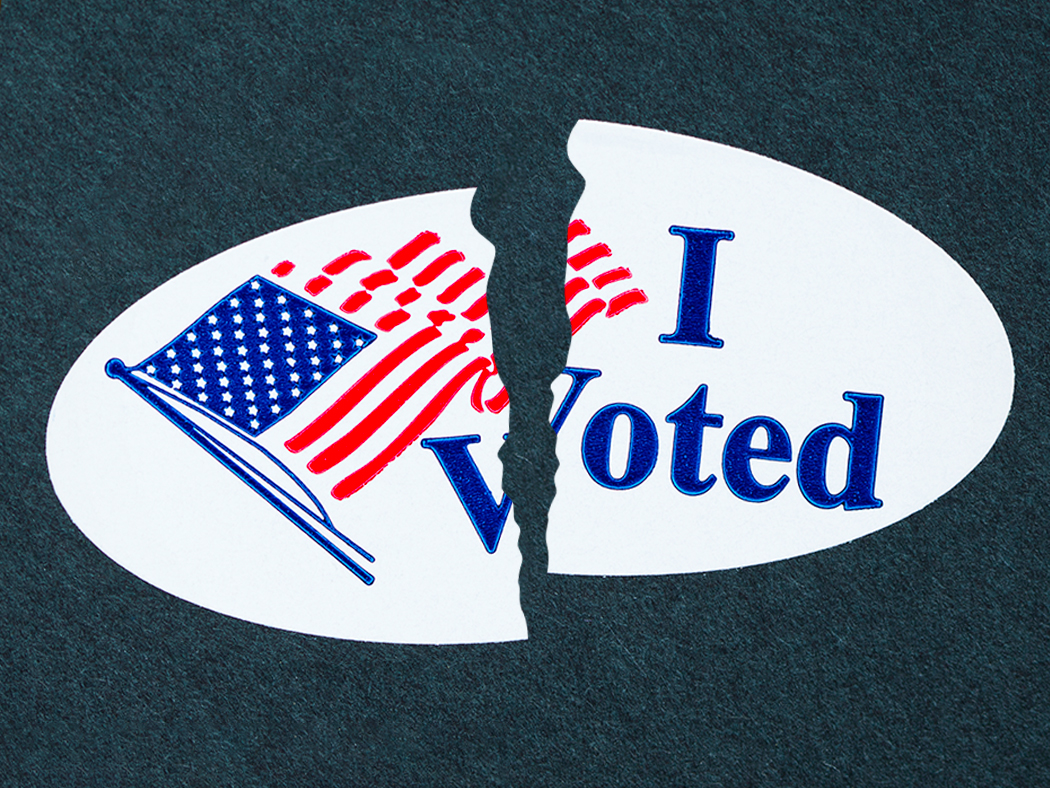 Three days after the U.S. presidential election, a group of Christian Reformed Church in North America pastors and leaders met to discuss how best to move forward in ministry in the face of an election that has reflected deep divisions.

Specifically, they talked in a Zoom gathering about what they might say and what messages they could bring to their congregations in the aftermath of the election.

“This is something that we can’t ignore,” said Larry Dornboos, director of Vibrant Congregations and one of the hosts of the event. “We can’t isolate ourselves. We have to be engaged. People want us to know what they are dealing and struggling with, wherever the current election comes out.”

The event was sponsored by Vibrant Congregations, the Center for Church Renewal, Calvin Theological Seminary, and the Healthy Church Discernment Process.

Held on Friday, Nov. 6, the event took place before election results were announced on Saturday. By Sunday, when pastors stepped in front of their congregations to preach, news reports had declared Democrat Joe Biden as the winner of the presidential election. But President Donald Trump is disputing the results in various courts.

“We want to ask, ‘How do you build kingdom disciples in this environment? What will the on-the-ground impact on our congregations be? How do we navigate through this?” asked Dornboos.

Titled “Donkeys and Elephants: Wise Ministry in Difficult Days,” the event served as a followup conversation to one held prior to the election.

As the discussion began, Dornboos asked the 30 or so participants from the U.S. and Canada to send in one word describing how they felt. Answers ranged from “uncertain,”“anxious, and “uncomfortable” to “relieved,” “vulnerable, “frustrated” and “fearful.”

Keith Dornboos, director of the Center for Church Renewal and Larry’s brother, then offered a story from the Bible to consider during this time of disruption.

“They probably picked up their tables, reset them, and went back to what they had been doing,” he said.

“Being a time of great disruption, as in Jesus’ overturning the tables, will we go back to the way we used to be? How are we going to address this prophetically, pastorally? How can we bring healing and hope? What will be our next move?”

Larry Dornboos added that  on Sunday morning it was going to be important, regardless of who won or lost the election, that when they as pastors would proclaim Jesus as King, they wouldn’t want any of their listeners to feel like their pain was being dismissed.

Participants then began to reflect on what they have been facing. An elder from a church in southern Chicago said that with both the election and the COVID-19 pandemic, which is keeping many churches closed, “there is so much grief.” Deep divisions tied to politics and how best to handle COVID restrictions are causing suffering in her church, she said: “We’d like to press the reset button and start to do everything all over again.”

There are eight COVID-positive people in her church, she said, and during racial-protest marches this summer, looting occured not far from the church.

Referring to the passage in Matthew, a pastor asked: “What do we do next? The tables are on their tops, and the animals are out of their cages.”

Another participant said, “Rationality these days seems to be out the window. People believe what they want to believe. It is so hard to make assertions as to what is the truth.”

A pastor from West Michigan said, “We all feel beaten right now, whatever our political views, but we need to be reminded that God will lift us up and save us, no matter what the political situation happens to be.”

The director of an international church planting organization in West Michigan said it is critically important to give people “room to name their pain, to lament, and to reach out for hope. . . . We need to create a broad space to be reminded that we are children of God.”

He added, “It seems we have lost the art of listening to one another. . . . We need to ask, ‘What will lead us in a kingdom direction?’”

Keith Dornboos said this ought to be a time for all Christians to “rediscover a shared passion for caring for the least and the last, which is at the heart of the Christian community — and we can do this together.”

In a sense, added Larry Dornboos, it seems that the church has failed to properly disciple Christians by preparing them for times of conflict and disruption. “People feel a true sense of loss,” he said, and it seems people haven’t been discipled “in a way that they could face something like this.”

Another participant suggested the need to go back to the concept of imago Dei (the image of God): “We need to recognize the image of God in the other, even when we disagree.”

Keith Dornboos helped to wrap up the discussion by saying, “This is a beautiful time to think about restoring our identity, to be ready now to remember who we are.

“We need to check those on the left, give a home to those on the right, and meet in the middle to share a common commitment to the Lord of life.”