A Time of Transition for CRCNA 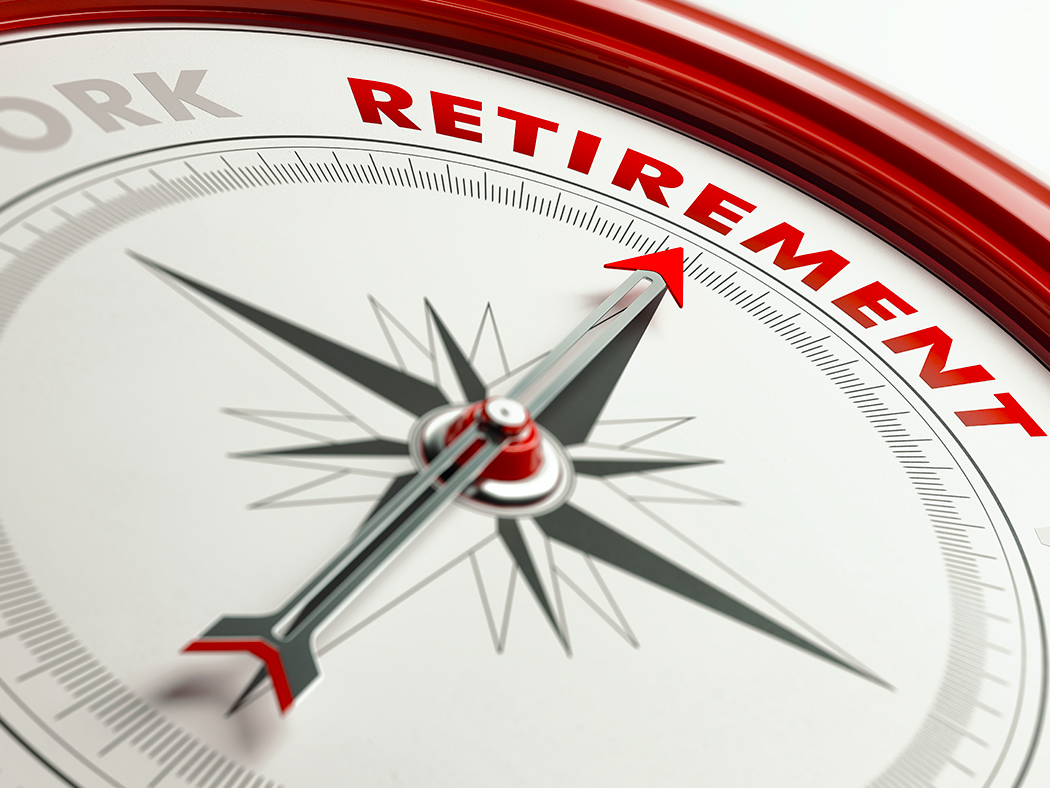 Though unprecedented, at least in recent CRC history, work is under way to replace six Christian Reformed Church in North America leaders who are retiring or stepping aside in the coming months.

The reasons for these transitions vary, but generally the changes were already planned or had begun processing up to a year ago.

Although the exact date of retirement is not determined in some cases to assure that transitions go smoothly, the leaders in transition include Colin Watson, Sr., executive director; John Bolt, director of finance and operations; Michelle De Bie, director of human resources; David Koll, director of Candidacy; Bonnie Nicholas, director of Safe Church Ministry, and Sarah Roelofs, director of Chaplaincy and Care Ministry, who will be stepping aside but continuing to work part-time for the ministry.

“We have a solid plan to work through this time of transitions,” said Watson. “I have every confidence in the Council of Delegates to implement this plan in a way that will be seamless for our churches.”

The Council of Delegates provides governance to the CRCNA on behalf of synod between the annual meetings of synod.

Watson pointed out that at the same time that a range of leaders are retiring, the CRCNA in the U.S. and Canada is currently sorting out various issues related to binationality. And this will be considered in decisions regarding new leadership moving forward, said Watson.

“We will ensure that there is not a disruption to the provision of ministry. . . . We will pay close attention to the simultaneous changes that need to happen” on both sides of the border, said Watson.

“I expect folks in Canada and the U.S. to work very closely on this. I expect this process gives us a chance to review positions and to see how they can best be filled with an eye to the church’s future,” he said.

Here is a summary of the leaders who are in transition.

A year ago, Watson had initially planned to retire in January 2021. Then in Feb. 2020 former executive director Steven Timmermans resigned early, and Watson was appointed as acting executive director. Since then, Watson accepted the COD’s appointment to serve as executive director of the CRCNA and has agreed to stay in the position through June 2021 after Synod 2021 meets.

A commissioned pastor and former business leader, Watson joined the CRC in 1985, when he and his wife, Freida, became members of Madison Avenue CRC in Paterson, N.J. He eventually led the men's ministry in that congregation and served in an executive ministry role for five years.

Watson spent his business career in telecommunications and energy corporations, having graduated from executive programs at Columbia University and the University of Virginia.

Born in British Guiana (now called Guyana), Watson moved to the U.S. at the age of 18. He and his wife are now members of Madison Square CRC in Grand Rapids, Mich., where he is also an elder and former president of the multisite congregation’s council.

“I had no idea what the church would be facing when I agreed to serve after Steve [Timmermans] left,” said Watson.

But he willingly continued in the role of helping to lead the denomination in the uncertain time brought on by the COVID-19 pandemic, which has affected all churches and ministries in many ways.

“With the help of God, the church has been able to face what is happening, to adapt, and to continue to move ahead as we are sustained and blessed by his grace,” said Watson.

After working for many years helping to oversee financial operations in different corporations, John Bolt got a call in 2003 from his sister-in-law, Sam Huizenga, now director of Raise Up Ministries. She told him the CRCNA was looking for a chief financial officer and wondered if he might like to apply.

Feeling that it was time for a change and with an inkling that the Lord was leading him to this position, Bolt applied and soon flew to Grand Rapids for an interview. Later that same day, after the interview, when Bolt was at the airport and ready to fly home, he got a call from Peter Borgdorff, then executive director of the CRCNA, offering him the job.

“I believed that God was saying, ‘John this is really what you should be doing.’ I accepted the job and never regretted it. It is always interesting to look back to see how God was preparing me for this job,” said Bolt.

Bolt, director of finance and operations, had been planning to retire in early 2021 to spend more time with his wife, Ruth. And at this point he has postponed retirement until July 2, 2021.

“If need be, I can be flexible,” he said. “My big goal is to make sure this whole transition is done well,” referring to all that is happening in the church at this time.

Ordained as a minister of the Word in 1981, David Koll served two churches — one in Michigan and the other in California — before becoming the CRCNA’s Candidacy director in 2008.

Before assuming his current role, Koll mentored pastors from other denominations who were entering the CRCNA from other fellowships. And in that work, he said, he was “unknowingly prepared for this candidacy role.”

In his work with Candidacy, Koll said, he has faced challenging questions such as “How can we give legitimacy to the pastoral service of those not trained in seminary while still holding dear our value of accredited theological education?”

In connection with that, he added, there has been another question: “How can we create a culture that welcomes people from other backgrounds — and other seminaries, by extension — and still support and partner with our denominational seminary, Calvin Theological Seminary?”

But along with challenges there have also been significant achievements, said Koll, who will retire early next year.

For example, he said, “We've made a lot of adjustments to our use of the office of commissioned pastor, which gives access into ordained pastoral ministry for persons without the standard accredited theological education.”

And the number of candidates each year from seminaries other than Calvin has grown in the past 15 years from 25 percent, he said, to what is approaching 50 percent. “And our seminary remains a vital, healthy institution, with a growing, global vision of providing Reformed theological education,” he said.

Koll shared that he is deeply appreciative and grateful for the chance “to serve over 700 individuals who have entered into ordained pastoral ministry in the CRCNA. Each of their stories is unique, and they are all gifts from God.”

In her nearly 10 years as director of Safe Church Ministry, Bonnie Nicholas has been able to create spaces and programs that invite people who have been abused to share their stories.

This has been a slow process, she said, requiring patience and persistence to build trust among those who often have a hard time finding — especially in the church — people in power willing to listen to them.

“Safe church works to help churches build a community in which people value and respect one another,” said Nicholas, who is retiring at the end of November.

In her time in this position, Nicholas said she has seen a huge shift, particularly spurred by the #MeToo movement, of people willing to come forward to speak about abuse that has happened to them, perpetuated sometimes by family members, high-profile leaders or others.

“We have made progress, but there are still situations in the church where it is not a level playing field. It can be one person versus the whole church,” she said. “We have worked to help mitigate the power imbalance that exists and support people to come forward, so that the church can become the healing, transforming community it is called to be..”

Early in her career, Michelle De Bie began employment in the social work field, but  while pursuing a master of social work degree (MSW) in the late 1980s, she became interested in the emerging field of human resources.

As a human resources specialist, she realized, she could link her interests of business and social work into one field. “Human resources touches every department in an organization,” she said. “We know and are involved with every staff member to a degree.”

Before coming to the CRCNA in 2006, De Bie worked in human resources for more than 20 years for Wedgwood Christian Services, a human services agency in Grand Rapids, Mich.

“I think that I’ve been able to be someone who answered questions and helped in career development, and that I have been there to work with people when things don’t go so well.”

De Bie plans to retire in early January 2021. But she doesn’t plan necessarily to be unemployed. She hopes to volunteer as a human resources consultant for small nonprofit organizations in West Michigan.

“I want to help with the specific needs that these organizations have — perhaps in developing health benefits, employment policies, or various contracts,” she said.

At the same time, she is looking forward to having freedom to travel as well as to volunteer with such ministries as World Renew Disaster Relief Services.

“With COVID-19 going on, I struggled with my decision to retire. I could wait. But after quite a bit of personal reflection, I decided it was time to retire,” she said.

Balancing the responsibilities of being director of Chaplaincy and Care has been a refreshing and challenging job, said Sarah Roelofs. A former U.S. Air Force and hospital chaplain, she said that in the Chaplaincy and Care Ministry she has had the chance to work with other chaplains and to share their experiences, joys, and sorrows.

She has also had the opportunity to spread the message of what chaplains do and to help with increasing the diversity within the chaplain community.

But over the past year, she said, she sensed the Holy Spirit calling her to take the time to learn, engage, care, and advocate for peace and grace in the midst of this the pandemic, racial injustice, and political divisiveness in a very personal way. So she plans to spend more time serving and volunteering in her own community and  church.

“As director, you are a jack of all trades. You get to do so many wonderful and diverse things,” said Roelofs, who isn’t retiring but instead will step aside to work part-time when a new director is hired. “Within the CRCNA and our ministry, we are at a pivotal time to continue to support local churches and make lasting change in people’s lives.

“This job is wonderful, but you can get pulled in so many directions,” Roelofs added. “I’m an extrovert and was missing more time with my family and others in my community.

“The main thing is that I have loved this job. It has stretched and grown me in so many ways,” said Roelofs, the mother of two children. “But I felt the tension of not having a lot of energy to be with others. I began to ask, ‘How do I want to spend the next decade of my life?’”

As she steps aside as director, Roelofs plans to remain on staff to help the new director. “I look forward to focusing my efforts on fostering relationships with churches, chaplains, and donors; developing resources to support students and newly endorsed chaplains; and planning and organizing our annual chaplains training,” she said.