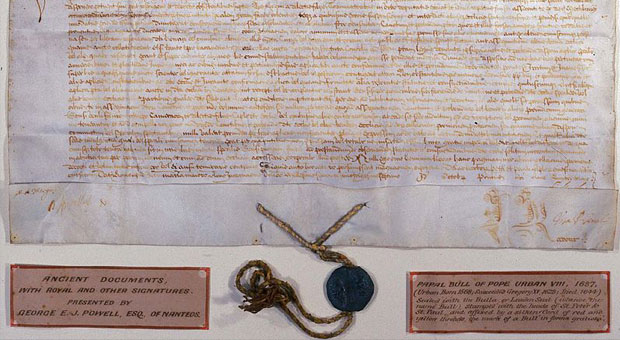 A task force mandated by Synod 2012 to examine the Doctrine of Discovery will be starting its work next week with a two-day meeting at the Christian Reformed Church Indian Center in Denver, Colo.

Synod 2012 affirmed a report calling for the CRC to examine, better understand, and respond to the Doctrine of Discovery, a theory of law on colonial expansion that has been used for more than 500 years.

Synod also instructed the task force to examine the document’s historical impact and its continuing effects on indigenous peoples in Canada and the United States.

The CRC’s Board of Trustees (BOT) formed the task force in September 2012.

“This task force came out of a recommendation of the Creation Stewardship Task Force that was discussed at Synod 2012,” says Mike Hogeterp, a task force member who serves as director of the CRC’s Centre for Public Dialogue in Canada.

The Doctrine of Discovery is a theory of international laws justifying colonial expansion into North and South America, arising from a series of papal bulls (declarations) issued issued by the Catholic Church granting European powers the right to take over land in North America.

Besides the papal bulls, the doctrine emerged from the reflections of political philosophers and legal precedents.

The U.S. Supreme Court, for instance, dealt with the issue in 1823 and issued a series of decisions upholding the right of newcomers to the U.S. to lay claim to the lands, ultimately forcing Native Americans onto reservations.

“The roots of the doctrine may date back 500 years but it’s implications remain fresh in indigenous communities,” says Hogeterp, adding that the CRC’s Canadian Ministries have been putting an emphasis on justice and reconciliation with indigenous peoples.

The nine-member task force will address such questions as how and why the Doctrine of Discovery came to be and what was the role of the church and European social/cultural attitudes in its creation and propagation.

The task force will likely make recommendations to the BOT in 2014 on how the CRC ought to respond to the Doctrine of Discovery. It also will conduct a number of hearings.

“I feel this is an important issue for the CRCNA because as a denomination we have been trying to grow in our diversity, especially in leadership, both in our local churches as well as for the entire denomination,” says Mark Charles, a Navajo writer, CRC member and Native Rights activist who is member of the task force.

“In order for us to make headway in this growth we need to understand how we have allowed doctrines, like the Doctrine of Discovery, to mold and influence our thinking, our actions, our structures and our theology,” Charles says.