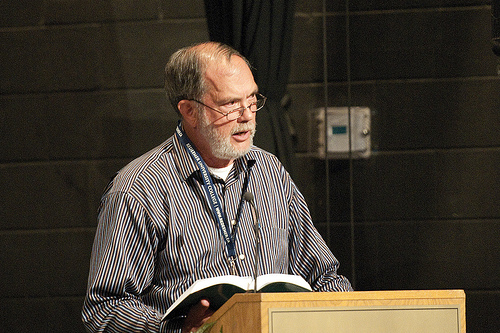 Delegates to Synod 2012 on Wednesday night agreed to three statements on the issue of creation care that spell out that the near-consensus of the scientific community is that climate change is real, is likely caused by humans, and must be addressed.

They will take up the rest of the creation care report, which is basically a call to action, on Thursday.

As they made their way through the first portions of a report on creation care and climate change, delegates spoke passionately about God’s call for the church to speak in a prophetic voice about the ways in which human activity is causing a rise in global temperatures.

No one who spoke opposed caring for creation, but there were insistent voices that said speaking out should focus on matters related to Christ. They questioned whether the CRC should spend time and energy seeking to provide remedies for slowing, climate change.

Delegates agreed in their votes that:

The call to action that synod has yet to take up spells out ways in which churches, church members and denominational bodies can do this.

For continuous coverage of Synod 2012, including a live webcast, visit www.crcna.org/Synod.