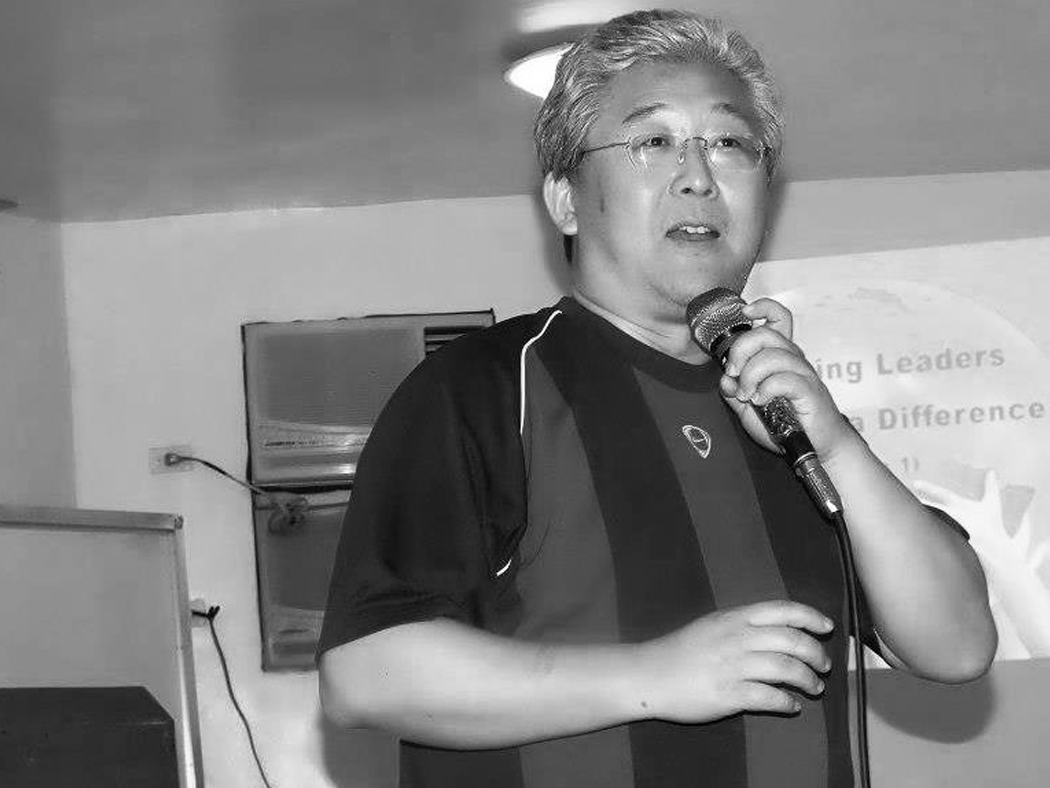 Ron Chu has had a wide range of experiences in his work as a mission catalyzer for the Christian Reformed Church in North America.

Over time, much of the focus of his work has been in helping Korean congregations — many in California — to move forward in ministry.

But he wasn’t quite sure how to proceed a year or so ago, he said, when he faced a new challenge.

As the global pastor of TtoKamsa Mission Church in Monterey Park, Calif., Chu was asked to meet with the remaining members of a Hispanic congregation, who had been gathering at TtoKamsa on Sunday afternoons for worship.

A group of about 20 people, they were the remnants of an Assemblies of God congregation that had split, with 80 or so members leaving to worship in a new location.

Chu was asked to help them regroup — and in the process, he said, he was reminded how God does some startling things when God pairs a pastor with a congregation.

He said it was almost as if, out of the blue, God hit him with a pastoral call he would never have predicted.

First, he said, he believed he would meet with the Hispanic group a few times. He assumed that once they got their bearings, they might want to find another church to attend.

What he didn’t expect was that this group didn’t want to leave where they were — and that they wanted to form their own church.

At first, said Chu, he wasn’t sure he liked that idea, thinking they needed to deal with the split and all it entailed before going forward.

In addition, making this tricky conversation difficult was a language barrier: most members of the church speak only Spanish, and Chu speaks only English and Korean.

“I went there to talk to them as a mediator, hoping they could perhaps find some reconciliation over what had happened to them,” he said.

But the church members made it abundantly clear, even through the language barrier, that they wanted to stay together, to pray together, to sing together, to basically remain together. They did, however, have a favor to ask.

“They wanted me to train up leaders so that they could do church in the proper way,” said Chu. “I couldn’t say ‘no’ to that” — even considering the language barrier.

A period of training went successfully, and the more training he did — with the help of a translator — said Chu, the closer he became with the people. He also saw that they were dedicated to a shared future that included him — first reluctantly and then more willingly — as their pastor.

After a few months into the process, they began to worship, said Chu. “It was a learning thing for both of us.”

And as they began to worship, he said, it was crucial that they should start with repentance. “When you have had a bad split, there is a lot of anger, hurt, and finger-pointing. Plus, these were the people who got left behind,” said Chu. “By starting with repentance, we could start to restore the church.”

But it wasn’t easy, and it took time. It took many months for people to smile again and to really put their attention back on God. And as they went along, he said, they learned some important lessons together.

“We learned that in order to grow a church that glorifies God, we have to take care of each other. Fellowship is a high priority for us,” he said. Overall, he said of this congregation, “They have been encouraging one another to experience God’s miracles.”

Taking care of each other became a daily reality when another hurdle — the COVID-19 pandemic — arrived.

Many members of the church lost their jobs and needed help with food and other items. Church members who could help in that way did so. Meanwhile, they were able to get outside help to assist members through the pandemic.

Now that they and many others are back to worshiping in person again, that number has dropped, said Chu, but about 25 new people have started coming to the church since they reopened.

“The pandemic forced us to do things we wouldn’t otherwise do. But God has been good, is still alive, and is still powerful,” Chu said.

Moving forward, the congregation decided to organize as a CRCNA congregation and approached Classis Los Angeles for approval.

Chu recalls the meeting of classis when they asked delegates to accept them as a new congregation. Everyone from the church, waiting anxiously for a decision, was there when the classis voted. And once all the formalities were taken care of, the group was accepted as an emerging congregation in the CRCNA.

Frances Griffith, a church member who speaks English, said they are very grateful to have Ron Chu as their pastor.

“Pastor Ron has been able to help bring people together as one in Jesus. His meekness is an example to all of us in Iglesia Misionera Renacer,” she said.

By the grace of God and “the love of our pastor, we have been able to survive and move along over the last several months of the pandemic.”

During the hardship of the pandemic, Chu was able to conduct worship services on Facebook every Sunday — as well as Bible studies through Zoom on Tuesdays with mostly adults of the congregation, and on Thursdays with youth.

“With Pastor Ron being a Korean- and English-speaking pastor, shepherding a Spanish-speaking church is admirable,” said Griffith.  “With the help of God, Pastor Ron has been able to teach and preach the Word of God with no language distancing.”

Throughout the process, said Chu, he has learned some unexpected things from his congregation. For example, when the church reached its one year anniversary, they planned a celebration. The party was set for 4 p.m., which was when Chu showed up. But people from the congregation didn’t start drifting in until 6 p.m. or so.

“They don’t have the same concept of time,” said Chu. “They have helped me to realize how in our busyness we miss things. They are teaching me to relax a bit.”

Another thing occurred only recently. A church member’s close relative had died, and some of the church members decided to accompany the casket back to Mexico so that the deceased man’s parents could receive the body and have it buried in his home village. Chu officiated at the funeral. And as he did, he said, he thought of how amazing it was that those members would take the time and effort to make that trip.

“These people take care of one another,” he said. “When you know what is going on, you can’t help feeling blessed for what they are trying to do.”

When he preaches on Sundays, Chu continues to need someone to translate. Still surprised at how God has placed him where he is, Chu said he is trying to learn his congregation’s language. But he admits he has a long way to go.

“I learned Korean as I was serving a Korean church as their senior pastor. I spoke a little before but had to improve enough to preach in Korean,” he said.

“I'm not there yet in Spanish. Spanish is harder . . . maybe because I’m older and my brain is not as sharp as before,” and he added jokingly — “although some will argue that it was never sharp.”