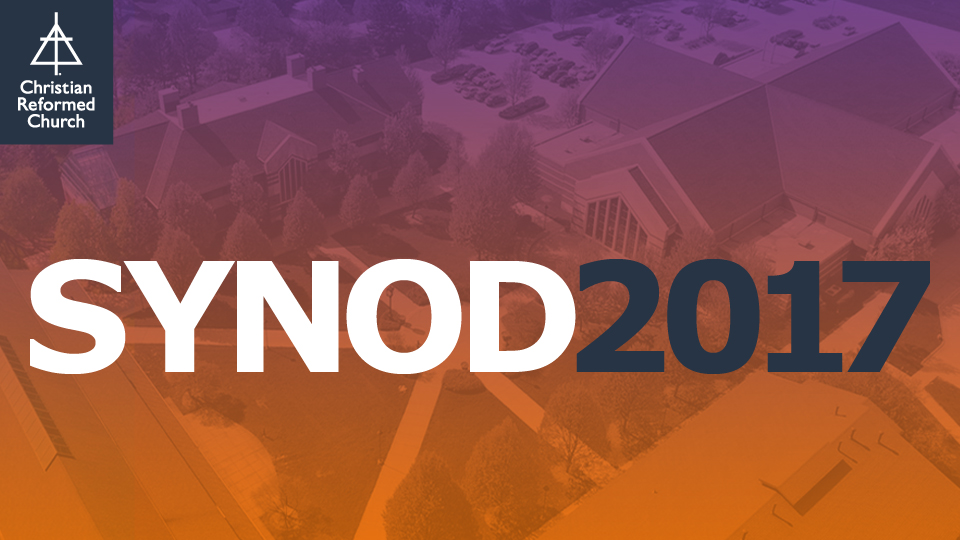 Delegates at Synod 2017, the annual general assembly of the Christian Reformed Church, approved two special dates for the denomination to commemorate in the future.

The first is an annual day of justice. Beginning in 2018, churches, classes, ministries, and educational institutions will be asked to commemorate such a day once a year. In the words of the synodical recommendation, “This day will serve as a designated time for congregations to consider the meaning of biblical justice, to lament injustices in the world, and to commit themselves to the transforming work of standing alongside people whom society oppresses and pushes to the margins.”

This day of justice could be held anytime, but the suggested date is the third Sunday in August. This aligns with the United Nations’ designated World Humanitarian Day in its call “for global solidarity with the more than 130 million people around the world who need humanitarian assistance to survive.” The Race Relations and Social Justice Office and World Renew have been given responsibility to promote the Day of Justice.

The second calendar event that Synod 2017 approved was a Disability Awareness Week. Delegates voted to commemorate this event during the week preceding the third Sunday in October.

Noting that 15 to 20 percent of the population of Canada and the U.S. have disabilities, synod encouraged its churches, ministries, and educational institutions to sponsor events that recognize the importance of breaking down barriers for people with disabilities, reminding the people of God that the Lord welcomes all people and creating communities in which every member knows he or she is indispensable.

This Disability Awareness Week will be promoted by Disability Concerns.