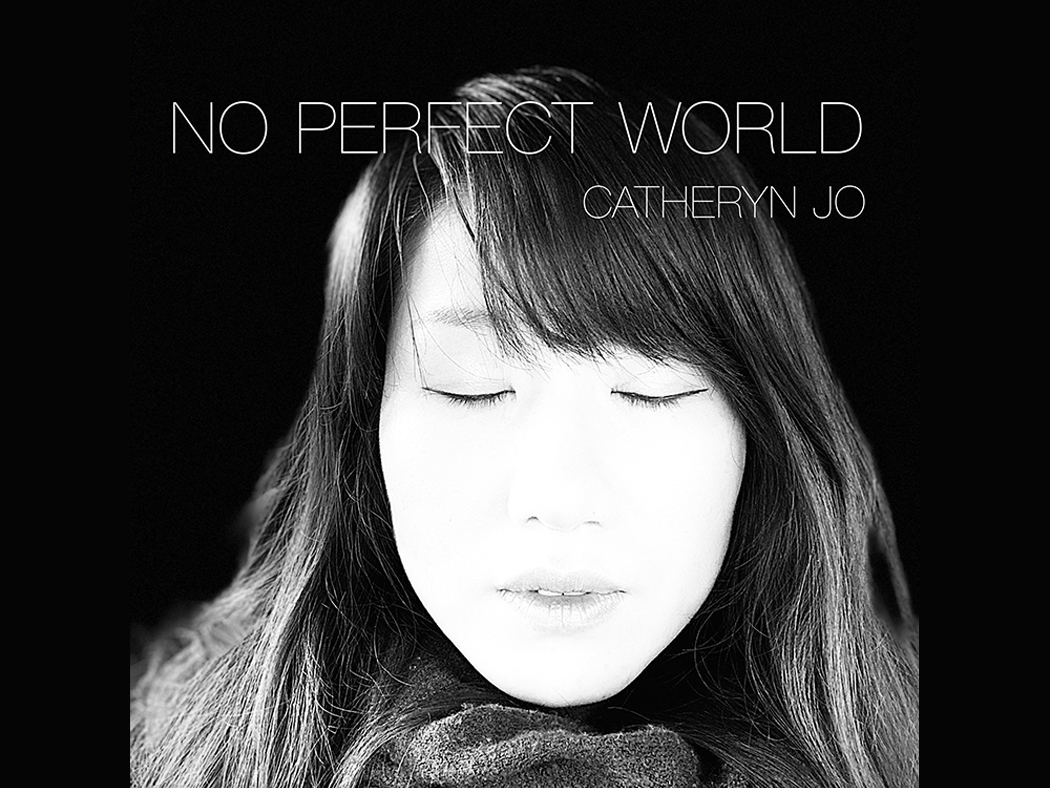 Catheryn Jo has long prayed that her music would touch hearts and lead people to God, in much the same way that music strengthened her early in her Christian journey. Her recent offering, “No Perfect World,” is poised to do just that.

The song is a collaboration among several people with Christian Reformed connections. The lyrics are written by Rev. Bruce Gritter, and the melody is composed by Jo and her husband, Joseph Kim, also known by his professional name, Epic Pianist. Both Jo and Gritter work for Resonate Global Mission, and that connection led to their working together on the song.

Gritter is a local mission leader in Edmonton, Alta. Jo works in administration supporting Korean congregations and ministries within the Christian Reformed Church in North America. She has recorded covers of popular praise songs and posted them on her YouTube channel, and she has shared some with her Resonate coworkers. Two of these coworkers knew that Gritter had lyrics, but no music, for a song, and they put Gritter and Jo in contact with each other.

“No Perfect World” is a lament about the brokenness of the world, especially as seen in the past year with the COVID-19 pandemic, and yet it points to the hope we have in a world that is not broken. Throughout the song, we are reminded that “in a perfect world” things would be whole and free from the things that break our hearts; however, “this ain’t no perfect world.”

The song draws the listener in to long for a world that is perfect, even while grieving the fallenness of the world we live in. At the end of the music video, a promise of redemption, from Revelation 21:4 (NLT), appears on the screen: “He will wipe every tear from their eyes, and there will be no more death or sorrow or crying or pain. All these things are gone forever.”

Jo said she felt a strong personal connection to the lyrics, which begin with these words: “Here’s to the ones whose breath is running out. . . .” Ten years ago, Jo was in a serious accident while on a bus trip with a youth group she was leading. The crash killed the driver and left Jo, who had been seated in the front row, with a collapsed lung, a back injury, and two breaks in her leg.

During the long recovery process, she had a lot of doubts and questions, she said. She was relatively young in her faith and was struggling to understand why a good God would allow suffering to his people.

“It took me so long to recover, but during that time, I prayed as a way to encounter God,” she shared. She connected with the music director at her church, who was also a full-time musician. “He often came to my place and helped me.” She shared with him a praise song she had written, and he complimented her on her voice. A friendship formed, and they wrote a song together. “After six months, we got married,” Jo shared.

To mark the ten-year anniversary of the bus accident, they searched for and found the song they had written. Then, after being put in touch with Gritter, they saw similarities between their song and the lyrics he had sent them. The first line, about people “whose breath is running out,” while a reference to the effects of COVID-19, also brought back to Jo the difficulty she had faced in recovering from a collapsed lung, and how music had helped in her rehabilitation from the crash. The melody that begins “No Perfect World” is the same as the tune of their song from ten years earlier.

Musing about how he came to write the words for the song, Gritter said, “It's hard to say. . . . Where does any creative idea come from? I felt so bad for so many people going through the pandemic, and one day I just started to write the lyrics. . . .” Gritter noted that he has written other material as well, including, as he put it, “dramas, songs, etc. . . . some of which are good and some of which are not. . . .” For the song “No Perfect World,” he said, there is “no back story -- other than my heart for people.”

In her work connecting with and translating resources for Korean congregations, and in her music ministry in her church and on YouTube, Jo also reflects a heart for people. “When I started to believe,” she said, “I received God’s comfort and God’s healing through praise. My all-time wish was that my songs could reach the people who are hiding in their own rooms and touch their hearts to pray to God through my song, to connect to God. That’s my wish and prayer.”