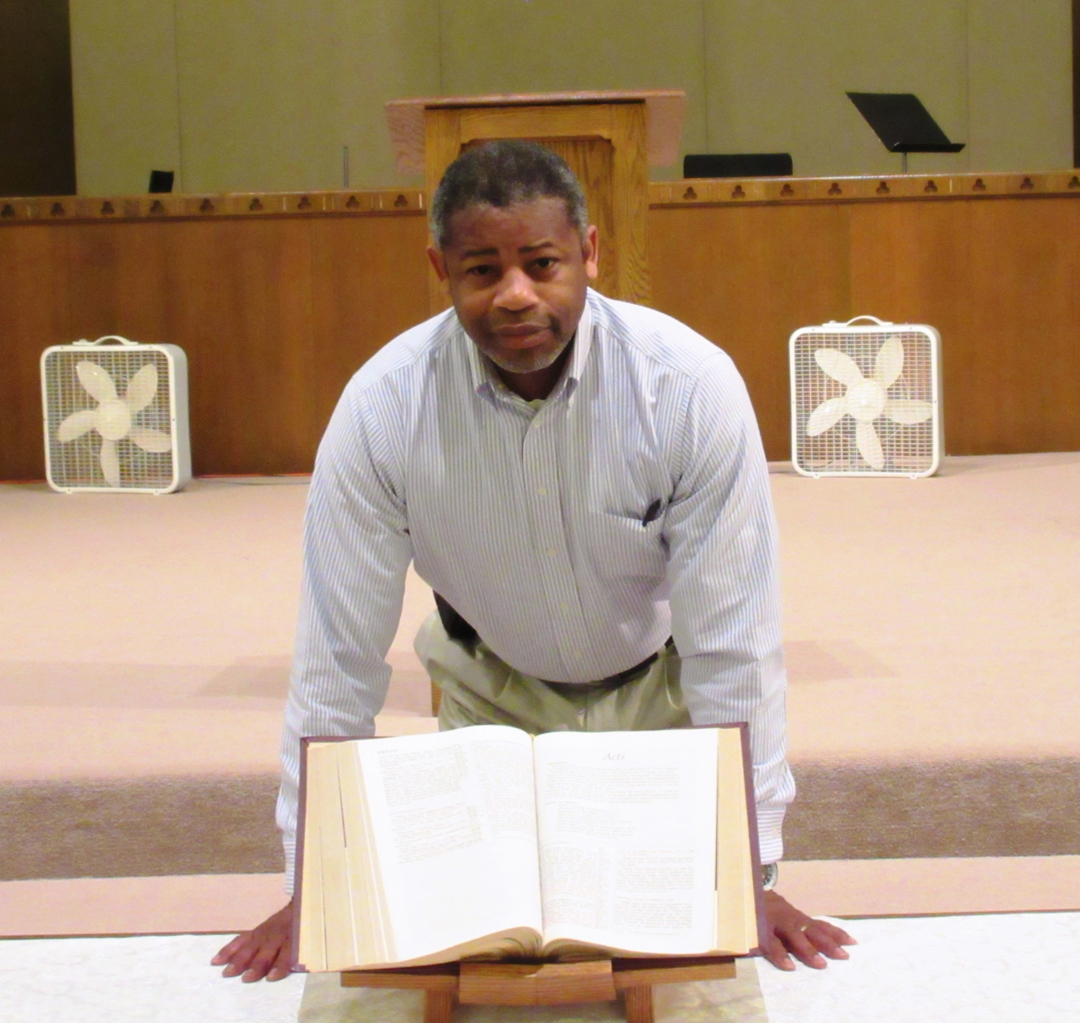 Rev. Reggie Smith in the sanctuary of Roosevelt Park CRC, which has been sold

The building that was home for more than 20 years to Roosevelt Park Christian Reformed Church in Grand Rapids, Mich. has been sold to The Potter’s House Christian School, an alternative Christian school that began in the basement of the church.

“We are thankful that The Potters' House has returned to its origins,” says Rev. Reggie Smith, who was pastor of Roosevelt Park CRC for the entire 20 years of its existence. After several months of discussion, trustees of the church decided to close the doors of the church at the end of July.

"The Potters' House began in the basement of the church with two teachers and a handful of parents and supporters. They needed the additional space for their growth," says Smith.

This space will provide The Potter's House, which is located next to the church, with classrooms for a record 2015-2016 enrollment, as well as the sanctuary to use as an auditorium and chapel space, according to a news release from the real estate company that brokered the sale.

Even after the church has been closed, says Smith, there are still a number of church members who remain involved in ministry in the neighborhood.

"Some members are neighborhood association board members fighting the good fight for improvements in our schools, streets, and economic opportunities for our diverse community," he said.

One Roosevelt Park ministry, Schools of Hope, will continue at the former Bethel CRC building, which is now home to The Edge Church.

“People can give, serve, and pray for its mission to improve the reading skills of children who struggle at Cesar Chavez School, which is nearby,” he said.

Meanwhile, he said, Roosevelt Park church trustees "are praying for wisdom and discernment on choosing the ministries that fit our local, classical, and denominational mission and values. I don't know when that decision will be made."

Roosevelt Park CRC has played an important role in the denomination, serving as the host church of Synod 2013 and other events and as a training site for urban ministry for Calvin Theological Seminary students.