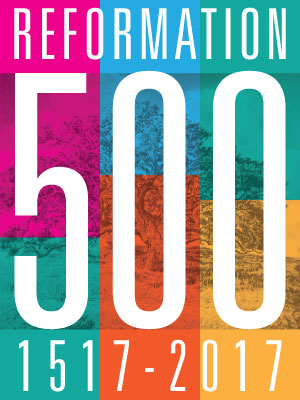 Following the instruction of Synod 2016, the Christian Reformed Church has put together an online resource to assist congregations wishing to commemorate the 500th anniversary of the Reformation.

Available at ReformationDay500.com, the new site includes links to worship resources, from full worship services to various other elements such as litanies, visuals, music, and videos.

Also available are educational resources for all ages, from studies to videos, along with publications. From journal articles to books, for those who want to dig deeper into the topic. In addition, there is a listing of events focused on commemorating the Reformation’s 500th anniversary.

The Reformation, out of which the CRC and other Protestant denominations began, dates back to Oct. 31, 1517, when the monk Martin Luther posted 95 theses to the door of the castle church in Wittenberg, Germany.

Luther’s protest led to persecution and eventually a break from the Roman Catholic Church over a variety of issues, most notably the Catholic practice of selling indulgences, which buyers believed would help pay for their sins or the sins of loved ones who had already died.

“The Reformation is significant theologically and historically,” said Joyce Borger, director of CRC Worship Ministries, who served as chair of the ad-hoc committee formed by synod to compile the resources.

“As Reformed Christians, the Reformation was the movement which in many ways defines our theology,” she said.

“Historically the Reformation was part of a large movement that led to great social reform and is key to understanding not only the history of Western society but also the present.”

The 500th anniversary of the Reformation provides an occasion for CRC members to rehearse their story, to pass it on, to learn, to reflect, to evaluate, and to keep reforming, said Borger.

Borger said CR churches can use the new resource in a variety of ways:

Meanwhile, Calvin College is observing the 500th anniversary of the Reformation through a series of events.

Among them, the H. Henry Meeter Center for Calvin Studies at Calvin College is offering “Here I Stand,” an exhibit that runs through March 31 and features 30 posters that include colorful maps and graphic-novel-style scenes from this important moment in history. The Meeter Center is also celebrating its 35th anniversary this year.

On Thur., Mar. 9, the Meeter Center celebrated its anniversary with a lecture by Nicholas Terpstra, chair of history at Victoria College, University of Toronto.

In important ways, Terpstra said during his lecture in the Calvin Theological Seminary chapel, the Reformation — a time in which old systems of belief and civic engagement fell away — ultimately launched a sweeping migration of people, including Christians and Muslims and Jews, from their homes to other cities and countries.

“We saw a mass exile that reshaped Europe — a movement that continued for many years — in fact up until the 21st century,” he said.

Although it may have begun with strong religious overtones, the Reformation eventually took on a strong political and economic focus, and many people were caught in the throes of the massive changes the Reformation wrought, he said.

“We live in a fallen world,” said Terpstra. “And it is true how relevant the topic of refugees has become over the last few years. . . . If we are more conscious of what happened in the period of the Reformation, we can see how it is shaping us today.”

Karin Maag, director of the Meeter Center and an expert on the social history of the Reformation, also says it is important to equip people to think deeply about the past in order to better understand the present.

“There are two key reasons why the Reformation still matters today,” said Maag.

“First, we can't make sense of the present-day situation of the Christian church, with all of its divisions, without a well-grounded understanding of the roots of these divisions.”

Second, she said, “the Reformation, with its multiple and competing answers to what Christians should believe and how they should worship, made people face the challenges of competing belief systems and made people think deeply about the challenges and possibilities of living alongside people who held radically different answers to these questions.”