Reaching Muslims through the Psalms 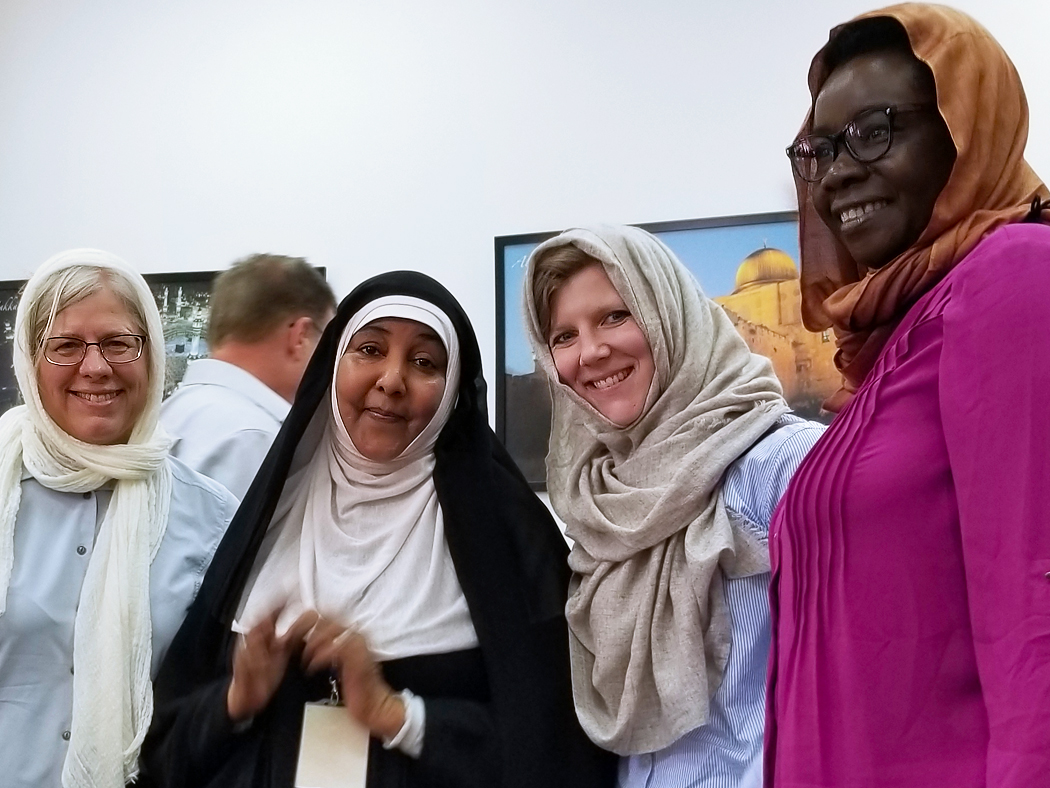 Singing selected psalms together can be a significant way to bridge the gap between Christians and Muslims, said Eric Sarwar, a Christian Reformed pastor who recently earned his Ph.D. at Fuller Theological Seminary in Pasadena, Calif.

During a Zoom presentation for a group called Journeys into Friendship, Sarwar used research from his Ph.D. in intercultural studies to sketch how music can be a way to navigate differences and unite people who otherwise can’t agree on matters of faith.

Using his experiences as a Presbyterian pastor in his homeland of Pakistan to note that music can calm some of the tensions between Muslim and Christian groups, he said: “We need to understand the common connection between the Qur'an and the biblical psalms.”

By understanding this connection, he said, we can take steps — as he did in Karachi, Pakistan — toward creating a healthy fabric of interfaith understanding.

A ministry of Resonate Global Mission, the collaborative gathers people interested in learning more about ways to work with non-Christians and others, aiming to deepen understanding and to strengthen ties between groups in North America and around the world.

“It is founded on the idea that friendship in Christ . . . is robust enough to overcome barriers of race, ethnicity, culture, and religion,” said Greg Sinclair, diaspora ministry leader for Resonate. “This is truly a movement of God’s Spirit in our time.”

On Tuesday, Feb. 16, about 30 people from around North America and beyond tuned in to Sarwar’s presentation.

Sarwar explained that there are several references to different psalms in the Qur’an, Islam’s sacred text. In addition, many Muslims consider David, who wrote many psalms, as a great prophet of God.

By ignoring or simply missing these things. missionaries to Pakistan over the years failed to realize an important reality, said Sarwar, who is pastor of Artesia City Church, a church plant in Artesia, Calif., supported by Resonate.

“The West has tended to engage Muslims in a militaristic, colonial way,” said Sarwar. “Missionaries came with one thing on their minds — to preach the gospel and evangelize the people.”

While this worked in some cases, the approach by missionaries made little headway in the broader community of Muslims in Pakistan.

“They failed to see that we have the tradition of engaging the Bible and the Qur’an and also the book of Psalms,” said Sarwar.

In his native Pakistan, Sarwar has helped to organize psalm festivals that gather Christians, Muslims, and others to sing songs based on these poetic expressions. When this psalm-singing happens, he said, participants often experience a groundswell of togetherness that transcends theology and cultural differences.

“Music and poetry speak the same language, while the text differentiates,” said Sarwar, who plays the harmonium (reed organ) when he helps to lead these festivals.

In his doctoral dissertation, he said, he also makes clear that there are Muslim sects that are not keen on singing. They recite prayers but don’t sing praises contained in the Psalms.

Yet there are generally no doctrinal reasons for not singing, said Sarwar.

Back in Pakistan, he said, he was able to build ties and friendships with Sufi Muslims — a group whose approach to faith is somewhat mystical and charismatic.

On one occasion, members of an ancient Sufi shrine, a couple hours’ drive outside of Karachi, invited Sarwar and members of a band he was leading to visit and play some of the psalms.

A few band members refused to go, not wanting to cross the lines that they saw between Christianity and Islam. But Sarwar and others made the trip, building a relationship with a group of Muslims for whom music — and the Psalms — are important.

In his Zoom presentation, Sarwar spoke of “the great dance of the Trinity.” He explained that you do this by “dancing in a circle of the triune God for interfaith dialogue,” he said. “The psalms can enter the Muslim mind with cultural engagement.”

At one point, participants in the Zoom presentation were separated into online groups. In one of these groups, Hank Lay, a retired RCA pastor, said he wished he had known about the musical connection in the Psalms between Christianity and Islam when he was serving a church in New Jersey.

At that time, he made frequent visits to a Muslim mosque near his church, hoping to create a friendship between the two. While those efforts made some progress, he said, he suspects there could have been more if he had known  there was a musical tradition in Islam of singing psalms.

“If I had known this, it might have opened other avenues of conversation,” Lay said. “I was led to believe that Muslims don’t use music.”

Megan Ribbens, a Resonate missionary in South Africa, participated in one of the online groups as well. She said that when she served with her husband in Nigeria, her eyes were opened as they met Muslims who “really had a faithfulness to prayer” and from whom she experienced graciousness and forgiveness.

She, too, had little idea, she said, about the musical tradition of singing among some Muslims groups and how joining together in song can be one more way for Christians and Muslims to “reduce the barriers between us.”