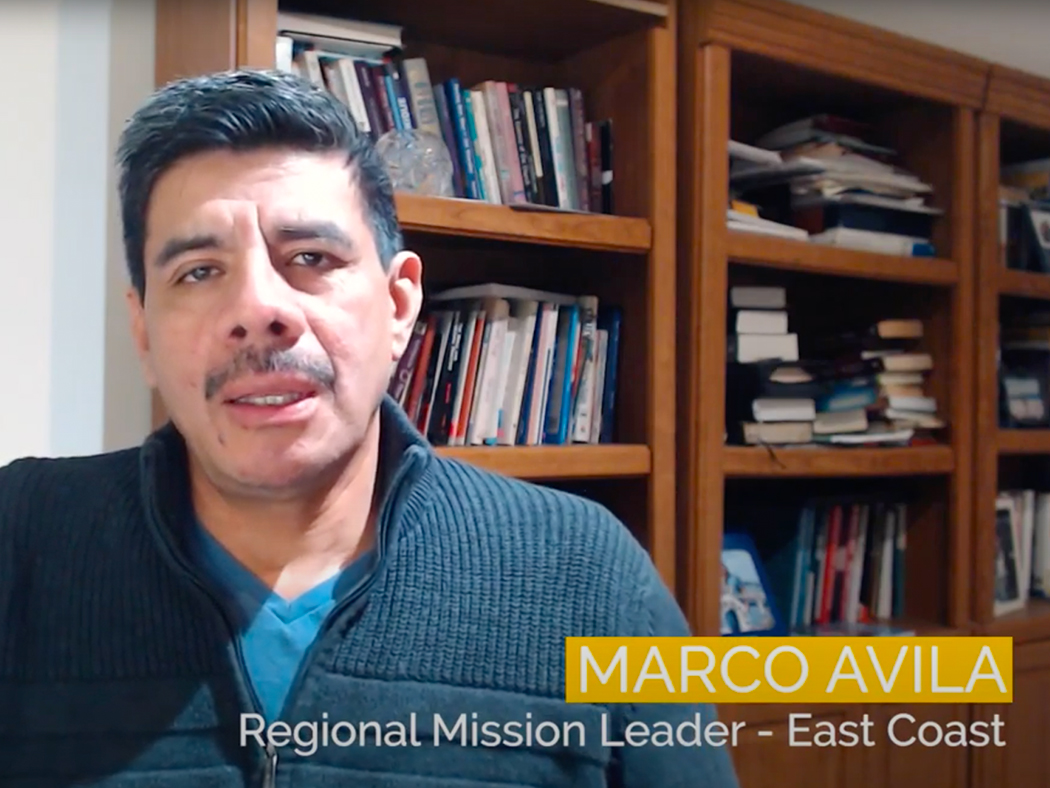 During Hispanic Heritage Month, which began Sept. 15 in the United States, CRC News is presenting weekly stories on Hispanic leaders in the Christian Reformed Church in North America. This is the fourth in the series. A final story will appear next week.

In the past five years, 11 new, emerging Christian Reformed churches, including five that have launched during the COVID-19 pandemic, have begun in the United States along the East Coast and Florida.

While many of these churches have been started by Korean, Chinese, or Hispanic pastors, the congregations are connecting with and bringing in worshipers from a range of ethnicities, said Marco Avila, Eastern USA Regional Mission Leader for Resonate Global Mission.

“I have been working with local churches, ministers, and classes, and it has been an uplifting experience. There is the sense of the Spirit working ahead of us” in these various circumstances, said Avila.

“With these new leaders, by working together, we have a greater capacity to do more,” he added. “Five years from now, I believe the landscape will show that ethnic ministries have a greater presence in the CRCNA.”

Avila is well versed in the challenges faced by a pastor seeking to plant a church. A graduate of Calvin Theological Seminary, Avila planted The New Horizon CRC in Paterson, N.J., and became its pastor, serving in that role for 15 years before he started working for Resonate Global Mission in 2016.

“I love this work,” said Avila. “I’m learning that patience pays off” in church planting as well as in receiving acceptance as an ethnic-minority pastor in the CRC.

It has been an engaging process to find and train ethnic-minority pastors, he said, including Hispanic pastors, whom he has walked alongside for the past few years and helped to guide through the challenges of becoming a minister and starting a church in the CRC.

“To me, we are getting very organized,” said Avila. But even in the midst of the process, when he comes across roadblocks, he always recalls, he said: “I know for whom I work [the Lord], who doesn’t disapprove of me.”

When he was young, Avila said, he moved from Honduras to live with his family, who began attending a CRC congregation in Prospect Park, N.J. He initially planned to study medicine.

But he set that dream aside after being encouraged to attend Kuyper College in Grand Rapids, Mich. After graduating from Kuyper, he enrolled in Calvin Theological Seminary.

He currently splits his time between helping to start and mentor churches along the East Coast and to connect with Resonate missionaries from around the world. He also focuses on helping to expand Hispanic ministries.

Early on, he didn’t think of himself as a pastor, he said, though he thought perhaps he could serve as a missionary. But he found that he loved and was deeply committed to planting The New Horizon church, and from there he became a Resonate leader.

“All I’ve wanted to do is bring the gospel to people,” he said. “Obviously, as it has happened, my heart is in church planting.”

In a YouTube video produced by Resonate, Avila introduced viewers to several of the congregations, begun since 2017, along the East Coast.

Showcasing these congregations and their pastors offers insight into the expanding future Avila sees for grassroots congregations led and shaped by ethnic ministry leaders.

These church planters “represent in many ways how it is supposed to be,” Avila said on the video.

Serving on the front lines of a small movement inspired by the Spirit, said Avila, the planters represent a mix of backgrounds and journeys into the CRC.

“Some of them are full-time, part-time, bivocational, covocational. They are rural and urban. Some have a solid group of believers, while others are discerning what God is doing in their neighborhoods,” said Avila.

Five of the church planters, he added, “began during the pandemic. That tells us a lot about who they are and their faith.”

Polo Kim, a pastor at Spring Rain CRC in South Hampton, Mass., said on the video that the pandemic caused people to stay home from attending services. But in the meantime, he said, “we have met seeker friends from [a nearby university] and have had the opportunity to share meals with them. We hope we will have the opportunity to share the gospel with them, but they are not ready yet.”

Yoojeung Kim, pastor of The Voice CRC in Burke, Va., said simply: “Because God is leading me, he gave me the power, love, and vision to start the church.”

“Restaurants have donated thousands of meals to us, and we have been able to deliver them to homeless people living on the streets and to people experiencing extreme food insecurity,” he said.

Polo Kim asked for prayer so that his church can reach out to the thousands of Chinese families who live in the surrounding area; another pastor, Shamshadeen Mayers, gave thanks for all of the support his ministry has received in assisting people “in the fast-paced, fast-moving, and diverse heart of Miami”; and yet another pastor, Kris Vos, gave thanks that his church in Lake Worth, Fla., has been able to operate a successful preschool throughout these past months.

Seeing all that these church plants are doing, from a faith rooted in the gospel and seeking to show love for neighbors, is very gratifying, said Avila.

His desire is to see the CRC continue to expand from its Dutch ethnic roots to include more people from any number of countries and to encourage them to play a role in providing fellowship and comfort for people around them. After all, that is one important aspect of what it means being a church.

“We need the CRC to be a hospitable and welcoming home so that people can really see who we are,” he said. “We would like people to open the door and take a look at” the many things, such as a Reformed worldview, “that we have to offer,” Avila added.