Pandemics Are More Common than We Realize 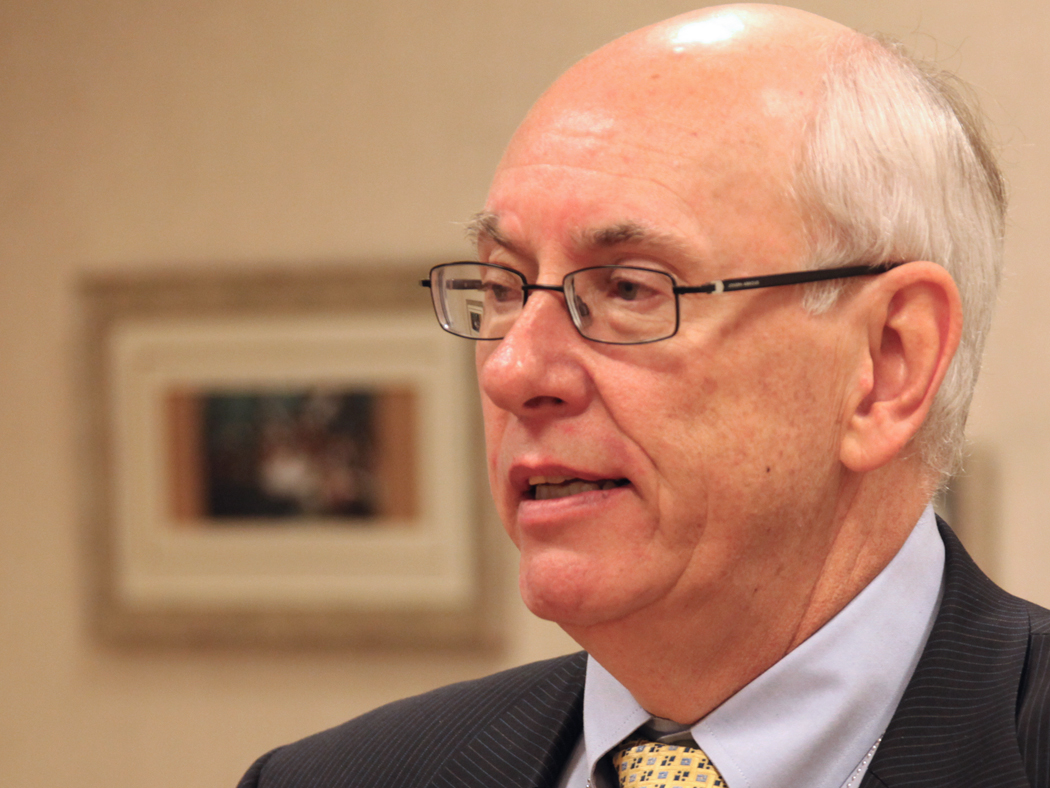 William Garvelink served as ambassador to the Republic of Congo from 2007-2010.

Caused by bites from infected fleas and rats, the bubonic plague swept through Eurasia, North Africa, and Europe in the Middle Ages and kept reappearing in later centuries, killing millions of people, said William Garvelink, former U.S. ambassador to the Democratic Republic of the Congo.

In 1918, the Spanish flu made its way from country to country and, by the time it was over in 1920, had killed some 50 million people worldwide, added Garvelink at the January Series 2021.

Then there was the scourge of AIDS, the Ebola outbreak in Africa, and the mosquito-borne Zika virus that arrived in the U.S. in 2016. And now, said Garvelink, the world is dealing with the COVID-19 pandemic.

“We have suffered from pandemics for centuries,” he said. “But today, in a globalized world, we will see more pandemics and likely ones that are more contagious than COVID-19.”

Garvelink points to declining tracks of forest and open lands across the world and more contact between wild animals and humans as big reasons leading to an increasing number of viral outbreaks.

In fact, many scientists trace COVID-19 to infected horseshoe bats biting animals and passing the disease on to them. When people around the world eat the meat from these animals, they can get sick and pass the disease on to others.

Theories are that the current pandemic began with the sale of infected meat in a market in Wuhan, China.

“We need to realize that what happens in one part of the world can happen to us all,” said Garvelink. “And pandemics, as we are seeing, affect all aspects of society and the economy.”

Before serving as an ambassador, Garvelink worked in the U.S. Agency for International Development, where his responsibilities included oversight of the agency’s worldwide humanitarian assistance and democracy programs. Garvelink spent 1988-99 in the Office of Foreign Disaster Assistance, working around the globe to conduct assessments and to direct relief operations. ​

Although pandemics are not going to disappear, said Garvelink, there are several public health measures that countries such as the U.S. can take to mitigate the spread and virulence of a disease such as COVID-19.

“We must all take responsibility for preventing the spread of a disease. Outbreaks will increase as global trends conspire to make these more common.”

This means, said Garvelink, paying closer attention to what scientists are saying and what their research is showing; boosting support of public health surveillance efforts; ensuring that widespread testing is available, and, when a virus such as COVID-19 appears, spreading the message of washing hands, wearing a mask, and practicing social distancing, said Garvelink.

But this is not all.

“We need a national plan to respond to pandemics,” he said. “Equally important is to speak early and consistently about this. Pandemic preparedness should be like military training and preparing for war.”

Instead of ad hoc responses to viral outbreaks, what is needed are clear plans and processes that, said Garvelink, “clarify the responsibilities of federal, state, and tribal authorities. We need to identify which officials provide information about the pandemic and procedures to combat it.”

Unfortunately, many countries, including the U.S., have put pandemic preparedness on the back burner. COVID-19, which has caused more than 370,000 deaths in the U.S. so far, would likely have made it to the U.S., but there could have been ways to have responded to it and to have limited the skyrocketing death rate, he said.

“We need to develop a national response plan. We need to make sure there is a national stockpile of gowns, masks, and other personal protection items — who has access to them and how they are to be used,” he said.

Also, he said, there can be better approaches to deal with COVID-19 when it arrives in a community.

For instance, if public health workers had better ways to assess where COVID-19 breaks out and then can isolate those infected and trace back those who were in contact with those people, we would not need to use the “blunt instrument,” said Garvelink, of shutting down whole cities, instead of specific communities where the virus is affecting people.

Besides doing what we can to fight and address COVID-19 now, preparing for the worst is also important, Garvelink said.

“With COVID-19, about one percent of the people who get it die,” he said. “With Ebola, that number is between 50 percent and 60 percent. But there are much more infectious diseases out there.”

So far, they are contained, but they could spread. “As long as an epidemic festers in any one part of the world, we are all in danger,” said Garvelink.

Even so, he said, “I’m optimistic that we can address these outbreaks, but we need to work together with organizations such as the United Nations and the World Health Organization to make it happen.”

Once the COVID-19 pandemic eases, the U.S. president and Congress, for example, should set up a commission to examine the country’s response to the pandemic — what worked and what didn’t work — so that we can be fully prepared for the next one.

“We’ve been given talents to figure out things,” said Garvelink, a 1991 graduate of Calvin University. “We have science and our own minds. We need to realize God has given us the talents to fix these things.”

The 2021 January Series, which is entirely online this year, is available live on weekdays from 12:30 p.m. to 1:30 p.m. through Tues., Jan. 26. Each day’s talk is also available for viewing till midnight that same day.