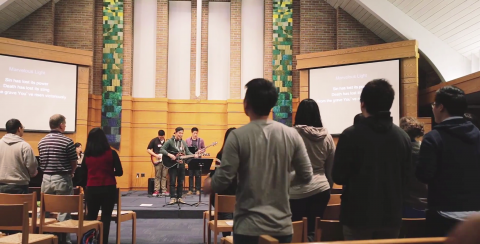 If we think about the history of the Christian Reformed Church, one key thing that will frequently pop up is immigration. From our first days as a Dutch immigrant church in the 1850s, to the time of post-World War II immigration to Canada, to later periods of immigration from Latin America and Asia, to the present, many thousands of immigrants to the United States and Canada have found a home in the CRC.

That trend continues today. Consider for a moment some recent statistics from the CRCNA Yearbook. Starting in fall 2017, the annual Yearbook survey asked a detailed question about how congregations identify their ethnicity. Here is what the data revealed:

I hope this chart helps you to join me in celebrating the diversity of our denomination. I also hope that you notice something striking: most of our recent growth is in congregations that are multiethnic or other than Western European!

While we have added only two congregations that identify as Western European or unknown in the past year, we have gained 6 Korean, 2 Hispanic, 2 Southeast Asian/Pacific Islander, 1 African American/Black, and 3 multiethnic congregations. Praise God!

Many of these new churches are made up of people who are recent immigrants to North America. That has always been and continues to be a key part of our identity. We are a mosaic of believers, from various people groups, for whom being the newcomer has been a significant part of our personal history and heritage.

Another key part of our story is that CRC congregations across North America have often been a welcoming presence and hospitable hosts for newly arriving immigrants—this includes not only fellow believers but also others from different faith traditions.

Because there is not a single inch over which God is not sovereign, the many facets of immigration require our attention and action. While we show faithfulness in welcoming new immigrant congregations and in being hospitable hosts for newly arriving immigrants, there are other factors involved. This includes public policy and the political activities out of which immigration and refugee policy are developed. I propose, therefore, that we keep two considerations before us:

First, as we wade into conversations about immigration and refugee policy — whether face-to-face or on social media — let’s be clear about our motivations so that we can give witness to the words of Scripture.

Welcoming the stranger arises out of passages in Leviticus, Matthew, and Hebrews. To borrow from Galatians 5:23, we can say, “Against such things there is no law.” As God’s people, we ought to be welcoming the stranger and caring for the newcomers among us through specific actions and words.

While this may include some public policy work, it most certainly requires tangible and hospitable actions like providing rides to appointments, providing help in navigating public transit, or being a conversation partner for a newcomer learning the language. In these kinds of relational efforts, strangers often become neighbors.

Second, let’s not be swayed by divisive, malicious, or unfounded fear-driven sound bites and media portrayals. Instead, the church ought to approach immigration and refugee issues with calm humility, considering how our faith can help to shape policy and speak wisdom into political firestorms that swirl around complicated issues and perspectives.

A recent comment made by writer Amy Peterson in the Washington Post (Apr. 12, 2019) stated: “Since the 2016 presidential election, young evangelicals have had to rethink everything we’d been taught about what it meant to be faithful Christians engaged in politics.”

While the writer singles out young evangelicals, I think it’s time for all believers—in both the U.S. and Canada—to rethink how we provide our public witness in response to immigration as well as other issues.

Let me also suggest that we should ask more questions as part of a needed relearning process. While political opinions are being tossed about, perhaps the best faith-filled voices will ask questions like “So, what is the comprehensive, long-range plan you’re advancing? How can I and my church fit into those plans?”

In a political culture characterized by polarization and oversimplification, the church can be counter-cultural. From positions that model humility and hospitality we can advocate for the provision of thoughtful and comprehensive positions from all political parties.

Once we learn of the breadth and depth of a particular perspective, only then are we best able to enter into public conversations with words of truth and with civility that reflects the fruit of the Spirit (see John 15:1-8; Gal. 5:22-26).