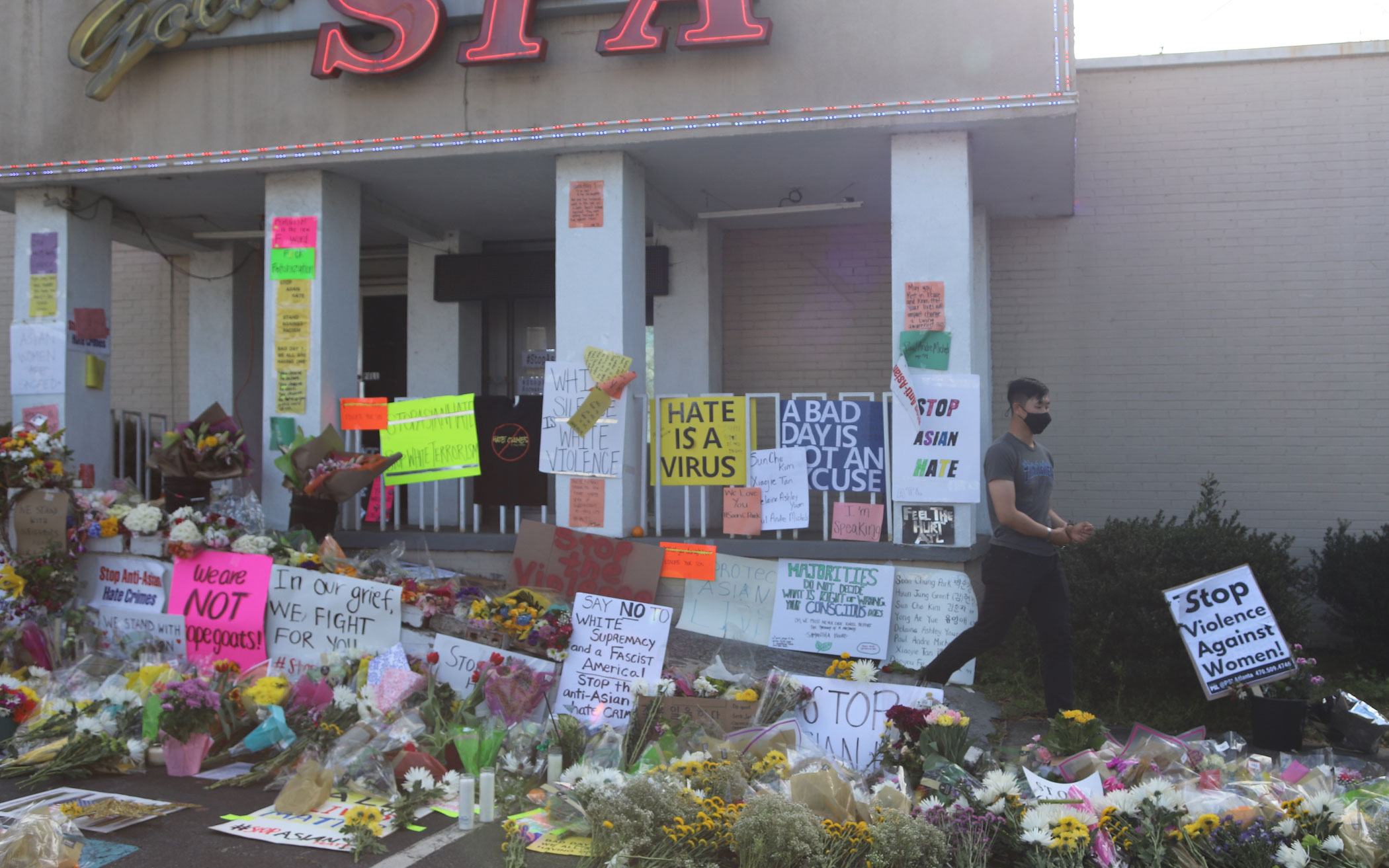 The recent mass murder of six Asian women, along with two other people, by a young white man in Atlanta, Ga., has once again struck a chord, causing Asian American members of the Christian Reformed Church to ache with sorrow and to call for an end to racism, hatred, and violence.

Among other things, the killings in Atlanta bring back harsh memories of how they and their friends have been treated by mainstream society over the years.

The say they have been called names, shoved aside, gotten into fights, and endured other forms of racism and discrimination as they have sought to build lives for themselves in North America.

“When I heard about what happened in Atlanta, I got the wind knocked out of me. I couldn’t sleep,” said Jeff Liou, a CRC pastor and official with the Asian-American Christian Collaborative.com.

As he lay in bed, he said, he recalled coming to his church as a young man one Sunday to see that someone had painted an anti-Korean slur on the side of the church. Also painted there was a swastika.

Also troubling, he said, was realizing that Asian women were once again targets of deadly violence. During this past year, some 3,000 hate crimes have been reported to have taken place against Asian Americans, with nearly 70 percent of those against women.

“The reality and history of racial and sexualized violence goes deep and fits into a pattern and story” of how Asian American women have been treated for decades, said Liou.

They have been stereotyped as geisha girls and prostitutes, Liou said.

A statement that his organization put out after the murders in Atlanta said: “We mourn the loss of these precious people made in God’s image. We are outraged along with the Asian American community as a whole over the violence that has surged. . . .”

Taehoo Lee, a pastor at Spirit and Truth Fellowship in Philadelphia, said the murders in Atlanta reminded him of fights he got into in high school when people singled him out and called him names.

But what bothered him the most was how the media initially covered the event in Georgia by downplaying the hate-filled nature of the crime and by reporting police comments that seemed to offer sympathy to the shooter and ignore his victims.

“The police said this was a lone white man who had a ‘bad day,’” said Lee. “There was an instant stereotyping of victims — that they were bad women working in massage parlors.”

Jewel Chung, a junior at Calvin University in Grand Rapids, Mich., lamented “this crazy rise against Asian American women. It is so difficult to see my people abused and killed,” she said.

As Christians, she added, “there should be a deep heart of reasoning for us to care that there is a lot of injustice and brokenness and not how it should be.”

Chung said she was grateful that, not long after the mass killings in Atlanta, her professor walked into the room for one of her classes and asked everyone to pray.

“Our teacher offered us a safe place to process what happened and to be heard,” she said.

Sarah Roelofs, a ministry consultant for the CRC’s Chaplaincy and Care Ministry, said the murders hit her hard. But she said such things can be difficult to talk about among her friends in West Michigan who are not Korean or Asian or from other minority groups.

“All in all, we and others can tend to minimize what is happening to the Asian American community,” partly because it's not seen as so bad in comparison to what happens to other minority groups, she said.

“Our black and brown brothers and sisters are getting beaten down and killed . . . at an alarming rate. Also, there are so many other complicating factors such as the false narratives [the ongoing stereotypes] about Asian Americans.”

Charles Kim, ethnic diversity leader for Resonate Global Mission, said the murders, however horrific, are not altogether surprising to Asian Americans. Most Asian Americans, himself included, have been called names and knocked around or worse.

“My father was a business owner, and he was attacked,” said Kim.

There are some 120 Korean congregations in the CRC, and they are filled with people who suffer right along with the grieving families of those killed in Georgia, he said.

“I think what we are seeing in Atlanta is just the tip of the iceberg,” said Kim, adding that there is much discrimation under the surface that we don’t see.

“We have to speak out against this hatred, which isn’t new,” he said. “Racism is sin. Let’s take time to stand and kneel together before God — and, as Christians, we can be peacemakers in helping to solve the problems of injustice.”

Kim said he and other Korean leaders are grateful that Colin Watson, Sr., executive director of the CRC, issued a statement on the Atlanta killing.

“We had the statement translated into Korean and sent it out to 300 leaders along with a copy of one of the CRC’s contemporary testimonies, Our World Belongs to God,” said Kim.

As they included the testimony, they asked leaders last Sunday to focus on paragraph 40 in the document, which is about unity:

“We grieve that the church, which shares one Spirit, one faith, one hope, and spans all time, place, race, and language, has become a broken communion in a broken world. . . . We commit ourselves to seeking and expressing the oneness of all who follow Jesus, and we pray for brothers and sisters who suffer for the faith.”