Minneapolis Churches Will Fight On 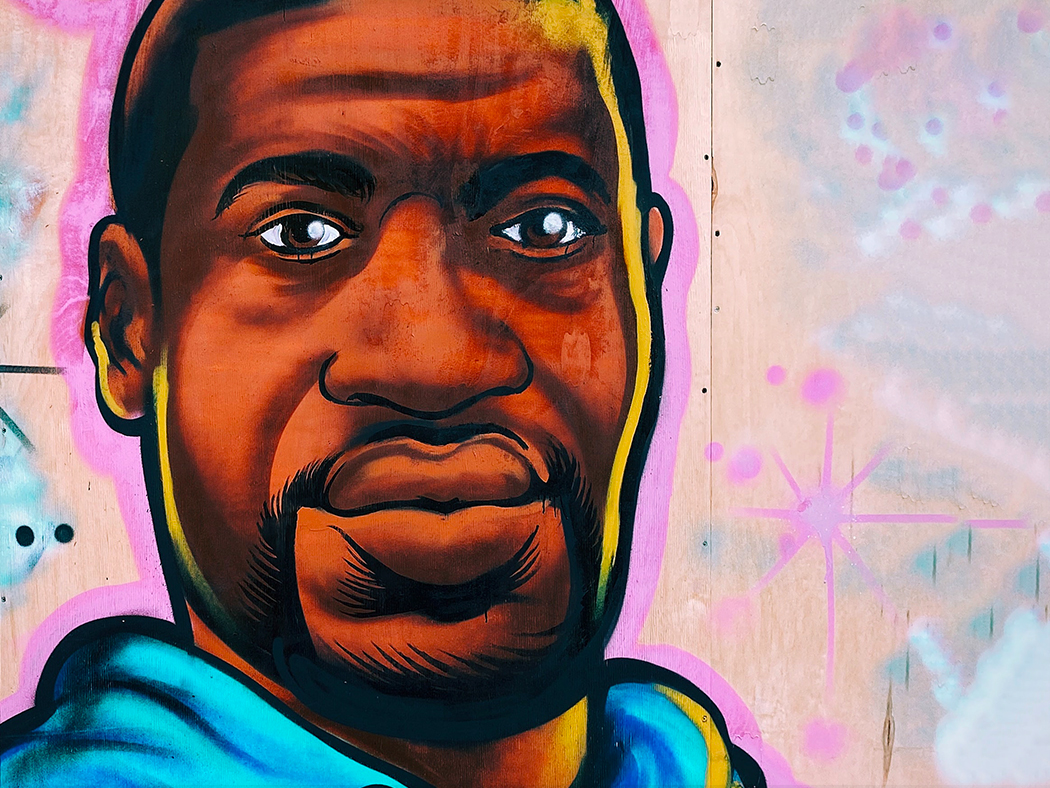 Adam Stout, a pastor at Faith Christian Reformed Church in New Brighton, Minn., was among the clergy members who attended a prayer service last week at the site where a Brooklyn Center police officer had shot and killed a motorist named Daunte Wright.

The service “was mostly led by black clergy from Brooklyn Center,” said Stout. “I'm trying to follow their lead whenever possible. Just showing up was good for the soul.”

Stout was also on hand yesterday, along with about 80 other clergy of various races and denominations, outside the church where Wright’s visitation will occur today.

As they were praying, the verdict came in — not many miles away — in which a jury convicted former Minneapolis police officer Derek Chauvin with the much-publicized killing of George Floyd last Memorial Day by kneeling on Floyd’s neck for more than nine minutes.

“When the Chauvin verdict came in, there was primarily a sense of relief mixed with joy and gratitude,” said Stout.

“There was still sadness, exhaustion, and concern for the future. But, overall, I think the verdict galvanized our resolve to continue the messy, hard work of listening and loving across racial lines in the Twin Cities.”

Speaking at a press conference in Minneapolis, Ellison said that the guilty verdict of former police officer Derek Chauvin was “another step on the long path towards healing  for George Floyd's family.”

Meanwhile, Crapo Kim remarked this morning: “Justice is true restoration, so what we have is a moment of police accountability.

“However, last night in Columbus, Ohio, police shot a black 16-year-old girl—a youth, a foster child—Ma’Kia Bryant. The work goes on to live a shalom that bears witness to the living transformation of resurrection, salvation, and new creation that we profess weekly.”

Given that they are in the vortex of the struggle against racism in their community, pastors such as Stout and church members such as Crapo Kim can offer others inspiration and serve as examples in the ongoing fight against racism, said Mark Stephenson, director of the offices of Social Justice and Race Relations.

“Their work and ideas could serve as ideas for other congregations at this time,” he said. “I appreciate the personal/pastoral nature of the collective actions the congregations are taking to seek to serve the call for justice inherent in the gospel.”

The Work Goes On

Crapo Kim said she  has been especially busy in the past year speaking to groups about ongoing racism in the community.

But her work has gone beyond words. After Daunte Wright died, she asked church members to check in with BIPOC (Black, Indigenous, and People of Color) church members  to see how they are doing during this trying time.

She also connected with a friend who needed help getting her young son in Brooklyn Center to school. Crapo Kim offered to pick up and take her friend’s son to her own home and make sure the boy gets on the bus there.

“My students remind me that knowing others — seeing and recognizing the trauma they are experiencing — helps them to feel that this is one state [of Minnesota], not two states having two different experiences.”

At the same time, the effects of racism continue to reverberate throughout the area.

For instance, an Asian American student told her that she is afraid to leave her apartment for fear of anti-Asian hatred/violence, said Crapo Kim.

In addition, Crapo Kim organized a listening session at her college with BIPOC students who serve as equity consultants on the campus.

“They shared their dismay at how little communication there has been from college leadership, the harshness of the curfew and campus closure notices, and the ‘business as usual’ sense they get from their instructors” about all that has occurred, said Crapo Kim.

After sharing their thoughts and feelings, the students took the initiative to begin processes that pass along information in kinder, less bureaucratic ways.

For instance, they created system-wide campus closure statements and curfew notices, said Crapo Kim, that “indicate we regret closing and offer care to our messaging. We also created a template for instructors to use as they respond with trauma-informed announcements to their students.”

Responding to Racism in Edina

Nick Van Beek, pastor of Calvary CRC in Edina, Minn., said his church has done a number of things to better understand and deal with the racial currents moving through the Minneapolis area in the past year.

As they continue to proclaim the good news of the gospel each week in worship, he said, they are working to build a relationship with New Creation Baptist Church, a black   church in South Minneapolis.

“I meet with the pastor once a month for prayer and discussion,” said Van Beek. “Their congregation is not yet meeting in person [because of the pandemic], so they are reluctant to begin a new partnership until things are more normal.”

The church council, in addition, is currently wrapping up a nine-month discussion on Tim Keller's book Generous Justiceand his article “A Biblical Critique of Secular Justice and Critical Theory.”

“The council has really enjoyed this, and it has helped the deacons with discussions related to which local nonprofits to support,” said Van Beek.

Keller's article has helped the deacons, added Van Beek, “to embrace institutions whose work we value despite our disagreement on points of motivation and mission.”

They find they need to be clear that there is a separation between the gospel and certain forms of social justice.

“Social justice and the good news of the gospel are not the same thing,” said Van Beek. “Keller's book and article helped our council, who are spread across the political spectrum, see this and solidify our desire to find different ways to engage in social justice   in our city.”

At Faith CRC, said Stout, they are in the process of developing a service of lament to express their pain and awareness that they have been “complicit in participation in racially unjust systems.”

Meanwhile, he said, the deacons have been keeping him focused on their commitments as a church to the Beyond Words Movement of the Justice Journey Alliance. They also give financially to the One Fund and have been holding a discussion on The Color of Compromiseand plan to follow that up this summer by discussing How to Fight Racism: Courageous Christianity and the Journey Toward Racial Justice. Both books are written by Jemar Tisby.

During the pandemic, he added, his church has grown weary; there have been hard times; they have been discouraged. But as difficult as it is for them, Stout said, it has even been harder on BIPOC pastors and congregations. “They have been asked to carry a heavy, heavy load this year,” he said.

Easing this load, at least momentarily because of Chauvin’s conviction, can be helpful.

At the same time, though, fighting against racism will continue in the Minneapolis area. In an email to Crapo Kim, Stout, and Van Beek on behalf of the ministry of Race Relations, Stephenson wrote: “Please know that you and your congregations are in our prayers.”