Listening to Scripture Together 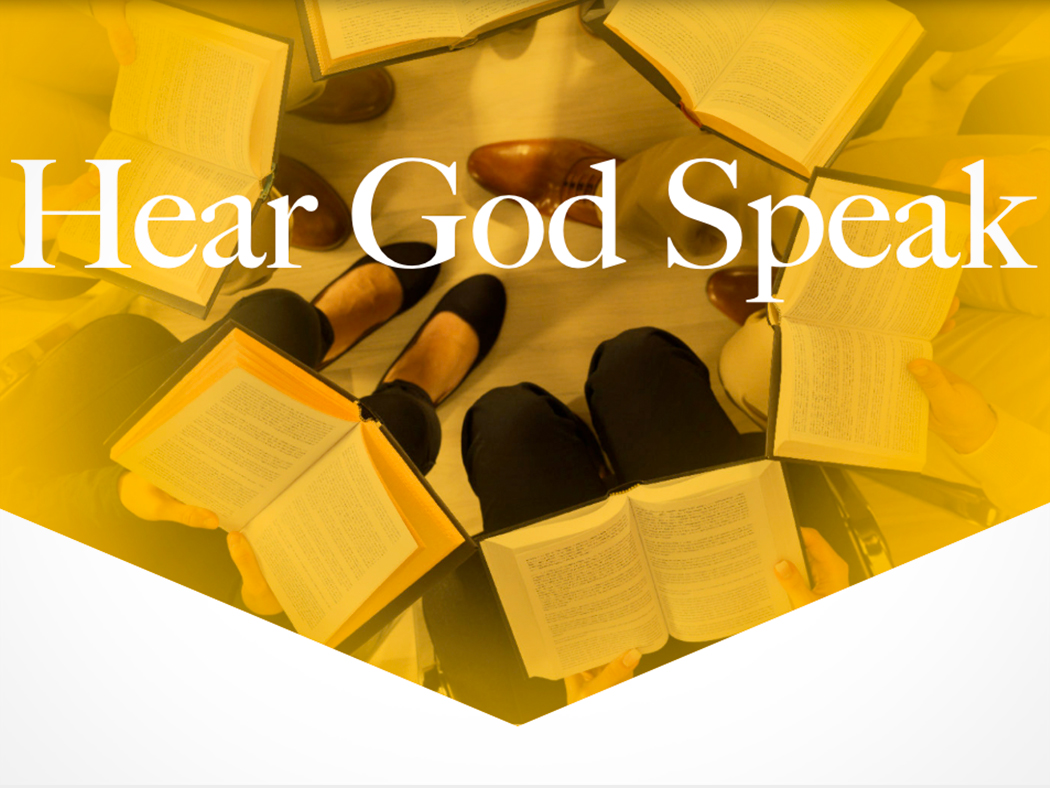 Not long ago, Scott Vander Ploeg, pastor of Sunlight Ministries in Port St. Lucie, Fla., found a program that he believed would change the whole trajectory of his church, already one of the fastest growing congregations in the Christian Reformed Church in North America.

Called the Public Reading of Scripture (PRS), this program is in many ways what he was looking for to bring the full narrative of the Bible to the people in his church.

“This is absolutely a 100 percent game changer for us,” said Vander Ploeg. “The most important thing about the Public Reading of Scripture is the community aspect and the accountability of it.”

PRS is a spiritual practice in which people gather regularly to hear Scripture read aloud, either through listening to a dramatized audio Bible version or by having someone read it aloud.

“I know the pitfalls for people trying to read the Bible on their own,” said Vander Ploeg. “They can start out but find it hard to keep going. With this, you meet as a fellow listener. I think hearing the Bible read aloud can enrich what you hear, more so than when you’re on your own.”

And within the past couple of years, Kim added, they have started to offer PRS to non-Korean CRC congregations.

Listening to Scripture together extensively and regularly “is the very core of what it means to be a church, to listen to God's Word, and to live it out in obedience in our lives and in the community we are a part of,” said Kim.

According to the PRS website, “Reading the whole Bible takes about 80-100 hours. There are 66 books, and you can read 23 of them in less than 20 minutes each. You can use a reading plan to guide you through different books of the Bible. Each gathering usually starts and ends with a prayer from Psalms.”

Kim recently gathered leaders of a few non-Korean churches and other ministry leaders to offer a look at how PRS is working for them.

Hillside Community Church in Grand Rapids, Mich., for example, has met online or in person nearly 120 times since it began using PRS.

One of the most popular times for public Bible reading is at 4 p.m. on Sunday, which for several people has become a time of worship now that Hillside no longer has an evening service, said Daniel Bud, pastor of outreach and pastoral care at the church.

Other PRS groups meet at various times during the week at Hillside. “This is such a great way for people to listen to Scripture [and then talk about it] together,” said Bud.

Felicia Bud, prayer coordinator for her classis in West Michigan and a member of Hillside, said several people in the congregation have let her know that participating in PRS has enriched their prayer lives.

Chris Schoon, director of the CRC’s Faith Formation Ministries, got involved with PRS because he wants to find a way to reach more people with Scripture. He is wondering if PRS could help meet one of the milestones in the CRC’s Our Journey 2025 ministry plan, which aims to “cultivate practices of prayer and spiritual discipline, transforming our lives and communities by the power of the Holy Spirit.”

“I find that many people don’t know Scripture, except in fragments — a verse here and there,” said Schoon. PRS “offers the overall narrative of Scripture” in a format that can attract people and help them go deeper into the Bible, he said.

Every Tuesday morning, 50-60 teachers and staff members at the Potter’s House, a Christian school in Grand Rapids, gather to listen to Scripture.

“It is so powerful to be in one room together to hear Scripture read aloud,” said Miles Colago, assistant superintendent at the school.

“If we want students to be resilient followers of Jesus, teachers need to be grounded in Scripture,” which is the “bedrock of our faith,” he said.

Student and volunteer groups have been forming to engage in PRS at the Potter’s House. “This has been transformational for teachers, and we are seeing that reading Scripture even impacts our curriculum,” said Colago.

Matt Postma, a campus chaplain at Calvin University, said they use PRS as a way to connect students and others to a Bible study that is held at the start of each  academic year. Other churches using PRS include Ttokamsa Mission Church in Los Angeles and Christ Community Church in the New York City area.

Meanwhile, Bob Terpstra, a lay leader at Discovery Church in Grand Rapids, said they have been using PRS, both online and in person, on Wednesday nights.

“People are seeing how the Old Testament and the New Testament come together,” said Terpstra. “This is a nonthreatening way for people in the neighborhood to come to church. We also have several returning citizens who are engaged and loving it.”

Kim said he is grateful to see PRS expanding in the CRC. At the same time, he added, “There is no one way to do this. You can adapt this to your own context.”

For more information on the program, visit www.PRSi.org

“If churches and ministries want to form PRS in their churches, they can contact me, since we have ongoing resources and training,” added Kim. His email is [email protected].