A 'Lion' of Urban Ministry Dies 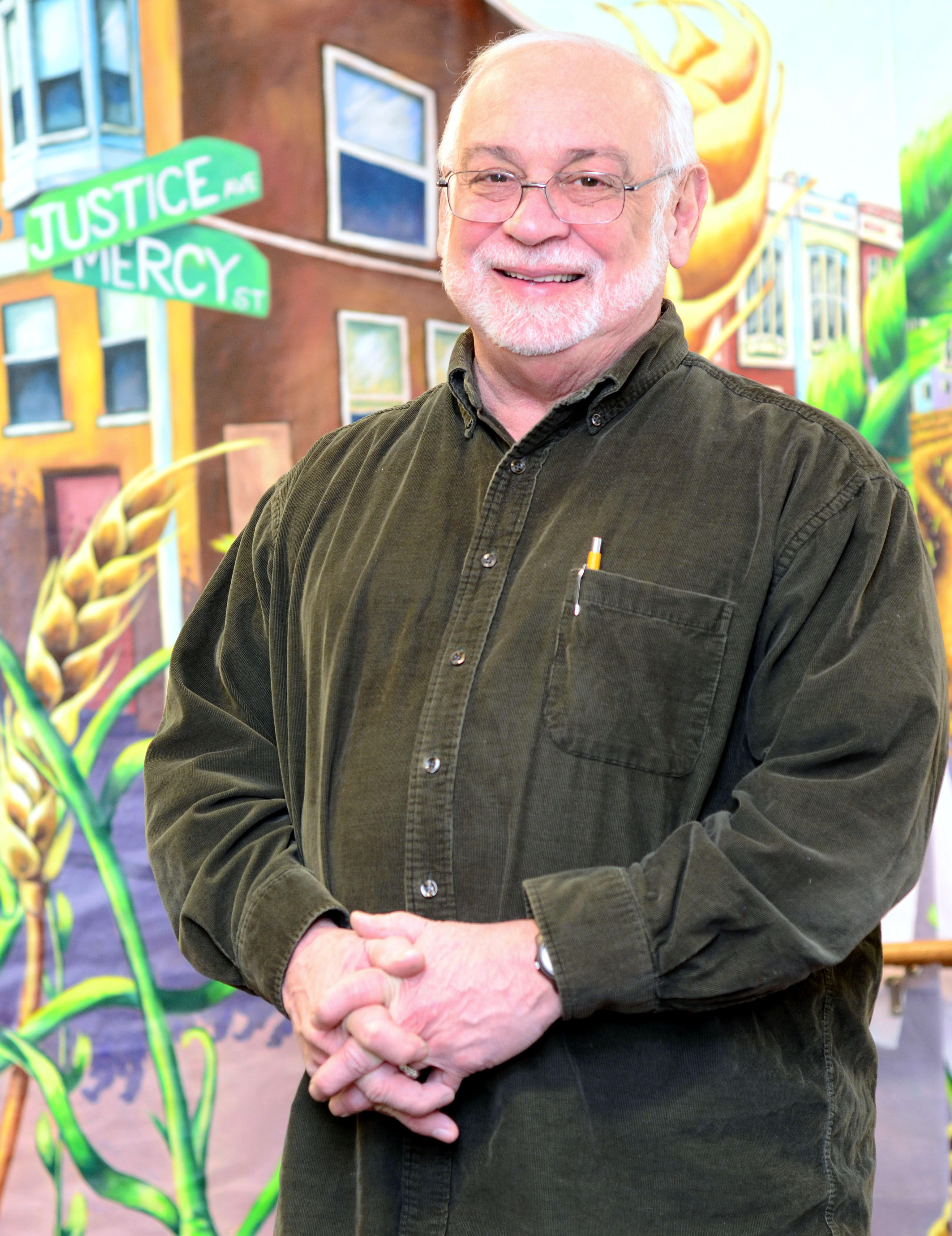 Manny Ortiz stands at the corner of Justice and Mercy streets.

Pastor Manny Ortiz could look at you and know immediately if you were hurting. He would then find a way to reach out and help as you went through whatever challenges you were facing.

Considered one of the premier leaders for church planting in the Christian Reformed Church and the church at large, Ortiz passed away late last week at the age of 78 in Philadelphia.

Over his lifetime, Ortiz’s passion was in discipling young people. teaching seminary classes, traveling the world to give talks about urban ministry in today’s increasingly globalized world, and preaching on Sundays to the people who filled Spirit and Truth Fellowship church in North Philadelphia.

His death leaves a deep sense of loss, and yet, say his friends, there is gratitude for having known him — and for knowing that his legacy will live on, especially in the pastors he helped to disciple.

"I remember when I first met him,” said Sue Baker, who worked beside Ortiz as ministries coordinator in Chicago and Philadelphia. They met and began serving together some 40 years ago.

“Right away, I could see he had a ministry heart and love for the inner city and community, and we just connected. It was purely divine that the Lord brought us together.”

After planting several churches and related ministries in Chicago, Ortiz and Baker moved more than 25 years ago to Philadelphia with their spouses, Blanca Ortiz and Randy Baker, who were also deeply involved in the ministry work.

Since then, they have started several other churches in the community, helped to open a health clinic, and begun schools, a training institute for church leaders, and other ministries. They also served for many years helping to coordinate church-planting efforts for Christian Reformed Home Missions.

Ortiz “had a heart for the poor, the marginalized,” said Baker. “He talked about history from the underside, from the people who were left out.”

Born in Puerto Rico, Ortiz grew up in Harlem in New York City, learning the ways of the streets while at the same time being taught about faith from his family.

At the age of 30, he had a conversion, transforming him into a man for whom spreading an all-inclusive gospel was critical. He went to a Bible school and eventually began starting churches in Chicago and then later in Philadelphia.

“I was attracted to Spirit and Truth because of its sense of mission and robust theology and application. The church, because of Manny, epitomized being intentional about diversity and reconciliation,” said Drew Angus, who is now an elder at the church in Philadelphia as well as a hospice chaplain.

The neighborhood around Spirit and Truth is home to Puerto Ricans, Koreans, African Americans, and Latinos, many of whom belong to Spirit and Truth or to one of the small churches it helped start in the area.

“He was on the phone all of the time, being pastoral, showing his passion for the ministry and his friendship for people,” said Angus.

Pedro Aviles, pastor of Ebenezer CRC in Berwyn, Ill., met Ortiz many years ago when Ortiz was serving an Evangelical Free congregation in Chicago. Ortiz eventually left that church to begin one of his own.

“I was a young Christian when I met Manny. He always had a passion for reaching young adults. He brought me in and discipled me,” said Aviles.

Besides starting a church, Ortiz also taught seminary classes in Chicago — and one of his students was Reggie Smith, who was from the area and went on to pastor an inner-city CRC church in Grand Rapids, Mich., for many years.

“I attended classes through a consortium arrangement with Calvin Seminary in the mid 1980s — and Manny was my first seminary professor,” said Smith, who now serves as interim codirector of the CRC’s Office of Race Relations.

“Manny understood my journey and struggles trying to discern pastoral ministry for me. Manny was patient, firm, encouraging, and real,” said Smith. “I've always looked up to him as one of the urban lions in CRC ministry.”

In Philadelphia, Ortiz served at Westminster Theological Seminary for many years as professor of ministry and urban mission, as the coordinator of the practical theology department, and as director of the urban ministry program.

After retiring from Westminster, Ortiz continued his work in theological education in Philadelphia through his church and in providing foundational leadership for City Seminary of New York.

“He embodied a vision for his hometown of New York, loving its people, food, and churches,” according to Mark Gornik, director of City Seminary.

In 2014 the Walls-Ortiz Gallery opened in Harlem, named after the mission historian Andrew Walls and Ortiz, as a gathering space for the arts, conversation, and theological reflection, part of the mission of City Seminary, said Gornik.

Ortiz also authored numerous books, including Urban Ministry: The Kingdom, the City and the People of God (coauthored with Harvie Conn) -- a seminal text used in many seminary programs.

Above all, Ortiz was a trailblazer in urban ministry, showing the CRC that the cities have been the places where people from all over the globe have been gathering, bringing with them their needs as well as their own flavors of Christian worship, said Moses Chung, director of Christian Reformed Home Missions.

“Manny was a shining example for the rest of us,” said Chung. “His death is a huge loss for the work of the church and the kingdom and for me personally.”