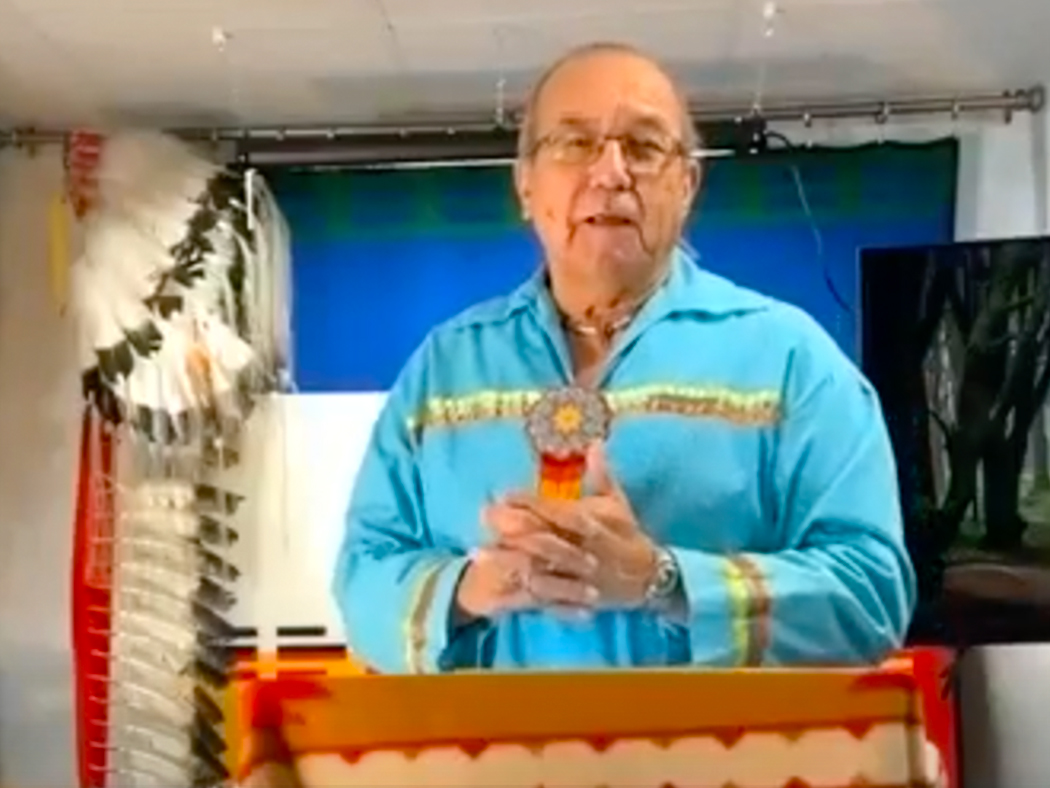 Mike Peters suggests looking up and down your street and around the corner. Keep your eyes open as you pass through your neighborhood.

By paying attention, Peters, the director of 4 Fires Ministries, says you may then be able to discover Native American individuals or families who, once you get to know them, might be interested in going to your church. Or at least knowing more about Christianity.

“There are probably Native Americans living within a few minutes of your church. We are not tucked away and slowly disappearing,” said Peters in an online presentation titled “Addressing Native American Issues as a Non-Native.”

“There is a widespread ignorance across all sectors of society,” Peters explained. “There is next to no knowledge of native life. The vast majority of Americans never think about
Naitve American issues. Even today, there are several states that have history books that have no mention of Native American history.”

In his talk, which was sponsored by the Christrian Reformed Church Office of Race Relations, Peters tried to break down common stereotypes that he believes the wider U.S. culture has with regard to Native Americans.

“Some of us do face addiction, suicide, and poverty, but many of us are strong and healthy. More than 80 percent of native people don’t live on a reservation.”

Ordained as a non-denominational Christian pastor, Peters said he doesn’t live in a tipi. He lives in a house in northern Michigan, where 4 Fires sponsors a Bible study called "Yashana Lodge," the only Native American Christian gathering in a 40-county area in Michigan.

The goal of his ministry is to share the story of native peoples to the wider culture and to bring the gospel message to Native Americans.

“I take the gospel and put it in different settings. I try to reach out to my native people. . . . We are still fighting to be a toe in the body of Christ.”

Peters acknowledges that Native Americans have been hurt by Christianity, by military forces that violently removed them from their native lands and missionaries who tried to take away their heritage and put them in boarding schools.

Hard as it is to believe, said Peters, it was illegal until 1978 “to worship our Creator in our culture. The only model we could use was the European model.”

It wasn’t until 1994, he said, “that it was actually legal to speak our language.”

These legal issues may not have been widely enforced, but they were on the books, and they highlighted aspects of suppression under which native peoples have had to live, said Peters.

“I would like to see dignity and humanity restored to people who have been ignored [by local churches in their own communities] for generations,” said Peters.

“We need to open church doors, seek out Native Americans who are near us, and offer friendship and support. Why don’t we sit down and have a cup of coffee and lift up the cross together?”

An especially important vision of his ministry, he said, “is to bring the fire of the Holy Spirit to my people. I want to bridge the gap between the Bible and the native lifestyle.

“I try to show native people that the Bible was written by brown, Hebrew people. It is not really [in its origin] a white, European gospel.”

As he invites native people into his ministry, he uses “redeemed cultural expressions like the drum, flute, dance, and smoking our prayers.” He also wears traditional native clothing.

But when it comes to Bible teaching, Peters said, “it is a straight Bible. I preach Jesus.”

As he travels around the United States to speak, Peters says, some white people come up to him and ask him to forgive them for the atrocities their ancestors perpetrated on native peoples.

“I tell them not to come to me and apologize. I can’t forgive you,” he said. “Forgiveness starts when you recognize and are taken aback by the atrocities. Ask God to heal your heart, and then open up your eyes to the native community where you live.”

Especially, said Peters, don’t go to native people in your community with pamphlets and missional strategies. “Be the light for Jesus; shine so bright that a Native American wants what you have.”

Ultimately, Peters said, he tells native people and others “to remember that their sins are forgiven because Jesus died and rose again. We need to realize that there is a point where love is greater than the pain.”

Suggested resources for learning more about ministry among Native Americans: