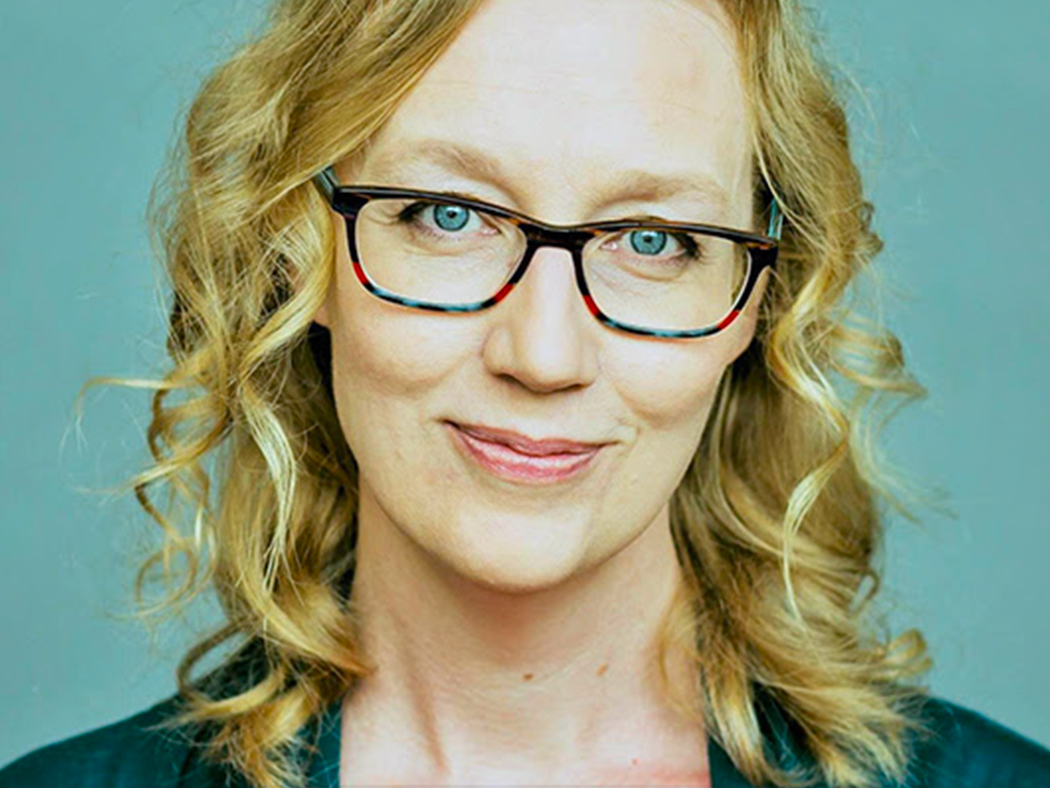 In January 2016, Kristin Kobes Du Mez watched online as Donald Trump gave a speech about why he should be elected president of the U.S., especially given his connection to and affinity with evangelical Christianity.

A history professor at Calvin University, Du Mez   didn’t know what to think as Trump “boasted of his poll numbers and his crowd sizes,” she writes in her best-selling book Jesus and John Wayne.

As it turns out, in an attempt to better understand the phenomenon, she ended up writing her book placing Trump in a line of men who, she believes, represent a brand of faith that is in need of revision.

Not only did Trump’s words baffle her, writes Du Mez, but he was speaking that day from the same stage from which she had led prayers and sang with praise teams.

Trump was giving his speech in the chapel of Dordt College in Sioux Center, Iowa, the school where her father had taught theology for many years and where she attended to earn her bachelor’s degree.

Du Mez recently spoke about her book as part of a series  of Church Now Conversations sponsored by Vibrant Congregations.

In her talk she ranged from evangelist Billy Sunday waving the American flag during his revivals to the role that such ministers as Mark Driscoll, former pastor of a megachurch in Seattle, Wash., have played in shaping evangelical Christianity.

She also talked of the many radio stations, books, movies, and other media that have been released over the past few decades promoting a largely male-dominated brand of Christian belief and practice.

“My book came out in a critical cultural moment, and I have heard from many evangelicals themselves — both men and women — saying this is the story of their lives,” said Du Mez.

The reaction to her book, she added, reflects divisions within the evangelical Christian church, divisions between who holds the power and who is left out of decisions that denominations make, she said.

As a result of these divisions, a good deal of soul-searching is taking place — at least in some quarters.

“I think the reckoning is real, and that is a good thing,” said Du Mez. “People are asking, ‘Are we living faithfully as Christians? Should we submit to authority and not challenge an organization?’”

Now is a dynamic time in which churches are reflecting on whether it is good to get involved in politics or to step away. Should they close in on themselves — or get involved in the issues confronting the wider world?

For Du Mez, the answer is to stay engaged. It is key, she said, for evangelical Christians — and especially those who love and have long practiced that form of the faith — to consider and “address some of the root problems of evangelical Christianity and participate in renewal efforts today.”

And this will take dedication and work, given that the evangelical church may be at a crossroads, facing a time in which moving into the future will require a break with the past.

At the same time, even though many issues confront the church today, Du Mez is not worried that the church can’t handle what comes its way.

“The church is in God’s hands, and the Spirit can work in difficult times,” she said. But there are parts of the church that need to be transformed and that “need to break down barriers about who can be part of our fold.”

In this time of reflection and revision, said Du Mez, we should listen to one another, open our arms to others, especially those different from us, give up control, be open to change, and seek unity.

“We can do this. But in this uncertain time, we need courage, honesty, and grace.”

Her book, she said, is about “the relationship between God and power. . . . It is about asking people to cross borders to listen to people with different experiences than yours. Be open to those who have been excluded.”

We live in a time, she said, that requires all of us to be more transparent. “Pay attention to the nuances. Trust God. Maybe we can have conversations now that we never had before.”