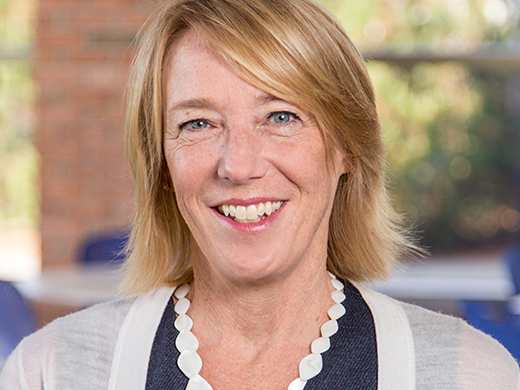 Sam Huizenga has been appointed as the next director of Raise Up Global Ministries.

Raise Up is the umbrella name for three like-minded programs that work to develop Christian leadership around the world. Timothy Leadership Training Institute, Coffee Break, and Educational Care formed a partnership about 18 months ago with the goal of extending the gospel, equipping churches, and fostering discipleship around the world. By working together, they are able to broaden their learning, share expertise, and open up new areas of ministry.

At its fall 2018 board meeting, this group approved the name Raise Up Global Ministries and a logo for their partnership.

“The name Raise Up represents the act of raising up leaders through strong, biblical training. Global Ministries speaks to being in ministry all over the world in many languages and countries,”the organization’s website explains.

“The half circle [of Raise Up’s logo] represents the holistic combination of strengthening communities all over the world by training leaders in churches and schools. Visually it is reminiscent of a rising sun and a globe,” the website says.

On March 6, the Raise Up board of directors appointed Sam Huizenga to lead them. She replaces Gary Bekker, who has served as director for the group since July 2017 and is retiring later this year.

Huizenga has been working for the Christian Reformed Church in North America for more than 18 years, most recently as program manager for Global Coffee Break, in which role she has also helped to develop the mission and vision of Raise Up as a separate organization.

Also a local mission leader for Resonate Global Mission, Huizenga has been a part of planting two churches and is starting a third church plant with her husband, Rev. Jonathan Huizenga. As part of her role with Resonate, she  has also led congregations through the Go Local process.

Borrowing an idea from Margaret Wheatley, Huizenga says that she expects leading Raise Up to be “like a tornado.”

“When behaviors and practices in an organization are aligned, movement begins. More energy is captured as people and ideas are brought together. A vortex takes shape,” she said. “This small tornado is strengthened by increasing common vision and purpose. The role of a leader is to help this alignment and movement to take place.”

Huizenga plans to begin her tenure by helping the various parts of this new entity discern how best to work together, build relationships between its parts, and generously share information.

Huizenga was recommended to the board of Raise Up by a unanimous decision of a search committee.

“Ms. Huizenga demonstrates a high level of call to this position, enthusiasm for the ministry work, and the personal energy to engage in next steps for building the ministry of Raise Up Global Ministries,” they wrote in their report.

Huizenga’s extensive experience managing and directing Global Coffee Break and previous experience as a church planter will allow her to have an “early and immediate impact,” they explained.

Huizenga will begin her role as director immediately in order to allow for a smooth transition of leadership.