Gathering with Christians Around the World 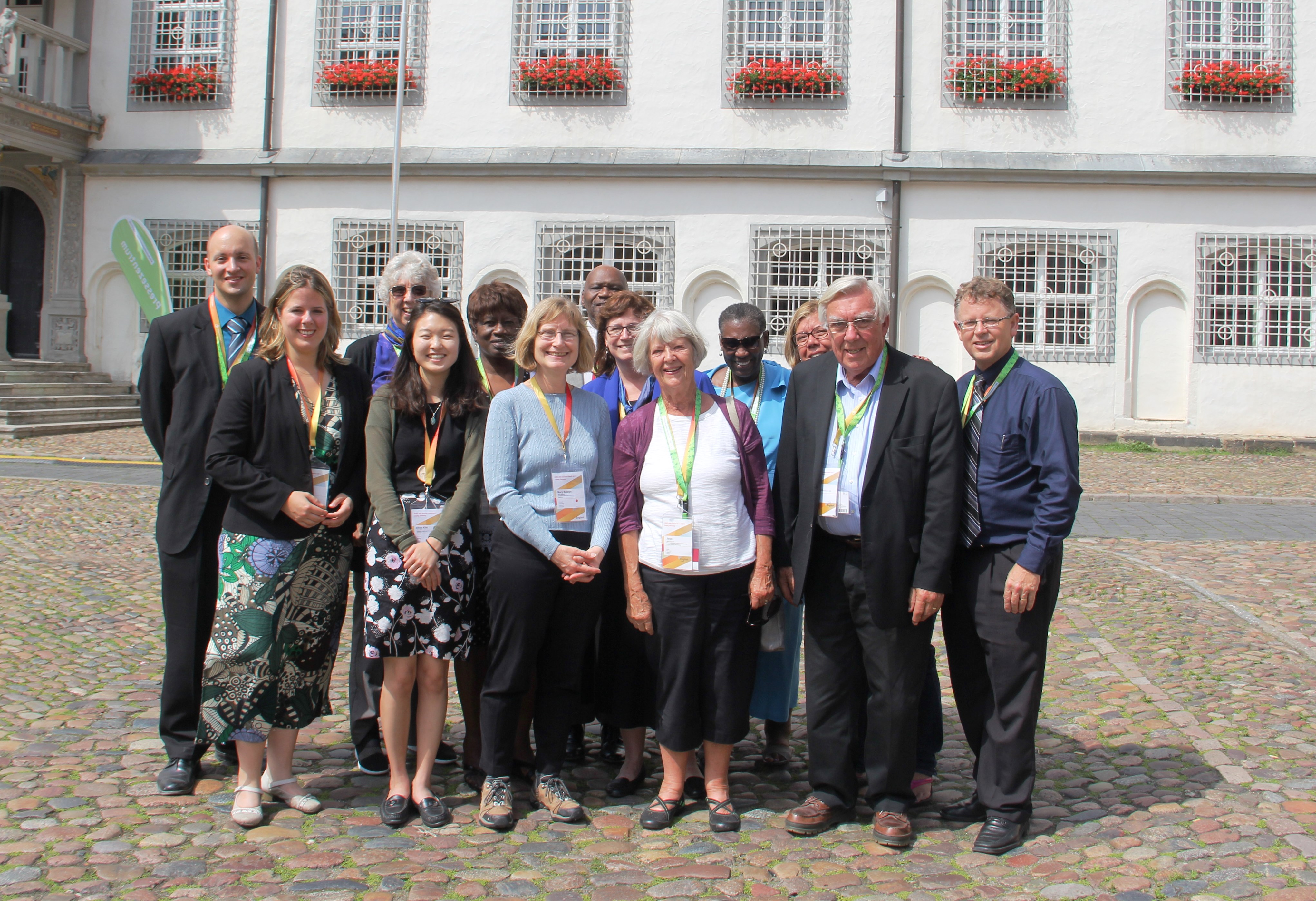 Praying for peace in the church in which Protestant Reformer Martin Luther preached, watching as two important ecumenical documents were signed, and celebrating as Rev. Najla Kassab from Lebanon was made president were some of the highlights for Christian Reformed Church representatives at the General Council 2017 meeting of the World Communion of Reformed Churches.

Held every seven years, the General Council ran from June 29 - July 7 in Leipzig, Germany. Some 1,000 representatives of more than 200 churches from around the globe took part in the meeting, which coincided with the commemoration of  the 500th anniversary the 16th-century Reformation, when Luther and others such as John Calvin called for reform in the Catholic Church.

“The General Council ended on a high note with the election of a new executive board to guide the WCRC for the next seven years,” said Peter Borgdorff, who just finished his term as a member of the executive committee.

Borgdorff, former executive director of the CRC, said he thinks the most significant issues addressed at the conference were the Joint Declaration on the Doctrine of Justification and the Wittenberg Witness, both of “which nudge all of us one step closer to a more vibrant ecumenical engagement.”

The declaration on justification relates to the doctrine that declares people are justified through faith in Jesus Christ. The Wittenberg Witness is an agreement committing the WCRC and the Lutheran World Federation to work more closely together.

Both documents were signed on July 5 in the Stadtkirche (City Church)) in Wittenberg, where Luther preached.

“Reports were also received about the WCRC's involvement in peace-making facilitation, especially on the Korean peninsula and in Colombia,” said Borgdorff.

Participants at the General Council also visited Berlin to attend a televised service at the large Protestant Berliner Dom cathedral on Sunday, July 2.

During the service, WCRC representatives spoke of the challenges facing Christians in their various regions and of the need to show the love of Christ to people in their communities.

Afterward, several WCRC members visited the inner-city Berlin church at which Mary Buteyn and her husband, David Kromminga, work with refugees. They serve there as missionaries for Resonate Global Mission.

When she and her husband hosted WCRC representatives, there were people from every continent except Antarctica, said Buteyn, who also represented the CRC at the General Council.

“Despite our very diverse ministry settings, we share a profound unity in Jesus Christ, and have a deep desire to share the love of Jesus with those who do not yet know it,” said Buteyn.

In talking with WCRC colleagues, she said, she realized many of their challenges are similar, yet different.

“My Congolese colleague knows the hardships firsthand that are driving refugees from their homelands; my Greek colleague works with the refugees in their early, chaotic days on European soil; and David and I work with them here as they attempt to grow roots in a new culture.”

Emmett Harrison, a CRC pastor from Grand Rapids, Mich., and a CRC representative to the council, found the morning Bible studies held before the daily business especially inspiring.

In one of these study meetings, a Palestinian theologian spoke of the need to continue the countercultural spirit of the Reformation in doing ministry today by connecting spirituality and the message of Scripture with addressing issues of social justice in the world.

“The entire event was very powerful and inspirational,” said Harrison. “We got to rub shoulders with people from around the world and share time in prayer.”

Anthony Elenbaas, a youth pastor from Hamilton, Ont. and another CRC representative to the council, said a highlight for him was in connecting with friends who are representatives of churches with whom the CRC is in ecclesiastical fellowship or in dialogue.

“I was encouraged by many of the stories I heard, and challenged by many others,” he said. Attending different services such as one for peace in Leipzig, he added, were also significant in that they “witnessed to the vibrancy and reconciled diversity of the family of God in the present day.”

The Peace Prayer Service that representatives attended was held at Leipzig’s historic Nikolaikirche (St. Nicholas Church). This service has been held weekly since the 1980s, when Leipzig was part of East Germany, and where the movement of non-violent protests and prayers for peace grew and eventually became an influence in opening the border between East Germany and West Germany and the breaking down of the Berlin Wall in 1989, said Emily Brink, a resource specialist for congregational song at the Calvin Institute for Christian Worship.

Brink cited the Peace Prayer Service as a personal highlight. Also a highlight, she said, was an organ concert for the WCRC General Council on Monday, July 3, in Leipzig’s Thomaskirche, where organ master Johann Sebastian Bach served as cantor from 1723-1750.

“The beloved composer premiered many of his sacred works here, and his grave lies within the church walls,” said Brink.

William Koopmans says the chance to spend time with people from so many churches was a highlight for him. In addition, connecting with members of a church in Myanmar was especially gratifying.

“It was a particular blessing for me to meet and fellowship with the delegates from the Christian Reformed Church in Myanmar, in part because our congregation of Grace CRC in Chatham, Ontario, includes a couple of dear families from Myanmar that are of refugee background,” he said.

Along with Borgdorff, Koopmans served for seven years on the executive committee of the General Council since the WCRC sprang to life in 2010 at the merger of the Reformed Ecumenical Synod and the World Alliance of Reformed Churches. Both he and Borgdorff have now completed their service on the committee.

Kathy Smith, associate director of the Calvin Institute for Christian Worship, attended the General Council as a member of the WCRC’s worship committee. The committee’s work at this event emphasized the themes of the WCRC as it grows and moves forward in pressing for greater unity among churches and in seeking to address the many issues causing suffering around the world.

A highlight for Smith was the daily worship in the Leipzig conference center that included the many delegates and stewards praying and singing in their native languages.

And especially meaningful, she said, was “a communion service where participants shared the elements at round tables — a beautiful experience of communion for a Communion.”