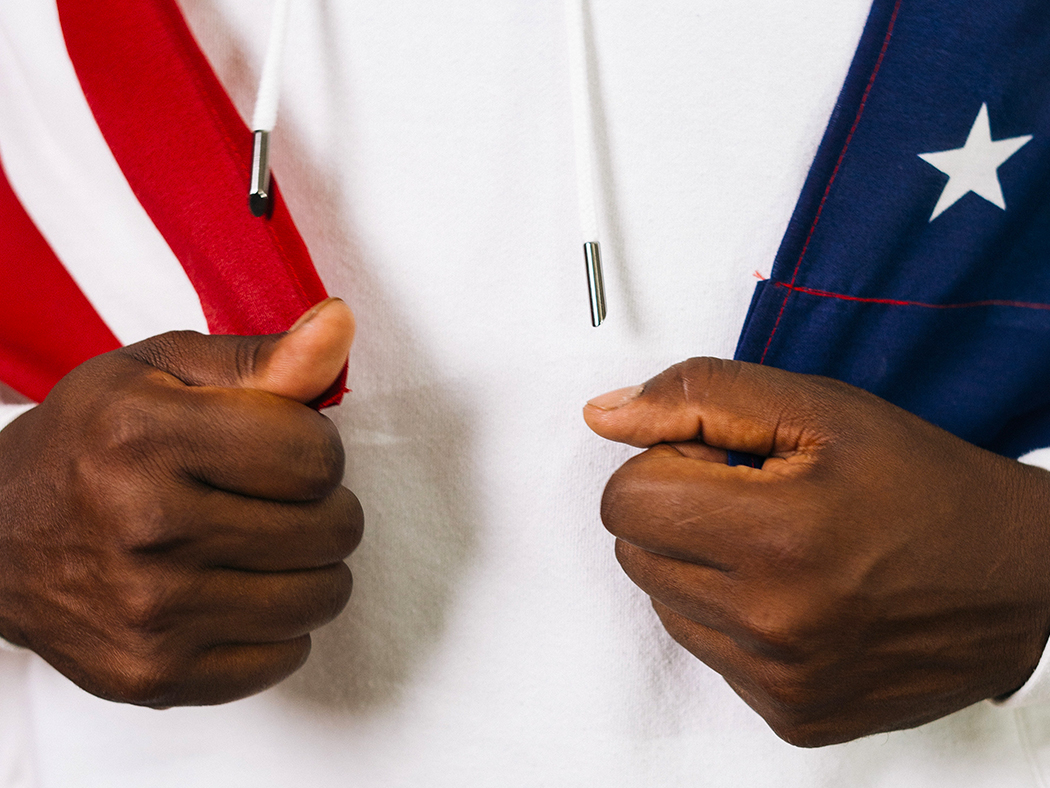 In a webinar on Nov. 12 sponsored by the CRC’s Office of Race Relations, Loyd-Paige said she moved from a primarily African American church to Maple Avenue to have the chance to meet and work with people of other races.

“Maple Avenue is a place that stretches me. It gives me the chance to be in conversation with my white brothers and sisters and to see ourselves as trying to get to the real kingdom,” said Loyd-Paige, executive associate to the president for diversity and inclusion at Calvin University.

“Churches have disappointed me time and time again, and yet there are churches [like Maple Avenue] willing to be in dialogue and not debate.”

In a discussion moderated by Reggie Smith, the CRC’s director of diversity, Loyd-Paige joined with Eric Washington, an associate professor of history at Calvin, to reflect on the outcome of the U.S. presidential election and the intersection of faith, race, and politics.

They also spoke about what the election could mean for ongoing antiracism efforts in the U.S.

In referring to her church in Holland, Mich., Loyd-Paige was giving an example of what for her has been a helpful and hopeful opportunity to build closer race relations. But she also talked about how hard it has been and likely will continue to be to bridge the racial divide in the church and beyond.

“Catching my breath after the election is a good way to describe [my situation now],” she said. “At the same time, it is hard to be hopeful with so much division in the country. The last four years have made the division even more visible. It makes me feel very concerned.”

Washington, who also serves as director of Calvin’s African and African Diaspora Studies Program at Calvin, said he is especially concerned about divisions among Christians. He wondered if, during the election, certain Christian groups feared losing their grip on power and voted accordingly.

“There is a major split on the issue of racism in this country. It looks like race was on the ballot,” he said.

Smith said he believes there are many people, including church members, who don’t see race as a problem. They either prefer to ignore it or pretend it isn’t a sin and a scourge facing U.S. society.

Washington said he thinks U.S. churches, especially conservative evangelical congregations, are facing — whether they like it or not — a racial reckoning. “What we see coming out of the church is a bifurcation. Black churches speak with one prophetic voice. They are speaking out about injustice of all sorts.”

The same isn’t true for other churches, although perspectives are varied across the board.

As a follower of Christ all of her life, Loyd-Paige said she is grieved to think there are other followers of Jesus who seem willing to turn their backs on the needs, hopes, and dreams of people who are not like them.

“We need God to help us understand how to do this [anti-racism] work,” she said. “As soon as I express how I am doing, we need grace flowing both ways. If people don’t want to stay in the room and listen, we can’t move forward and have a real conversation.”

Being polite is not what it is all about, she added; “This is not a ruffle-no-feathers conversation. As long as we are in denial about . . . racism, we can’t be unified. If we can’t talk about the things causing division, we can’t talk.”

Washington called for schools and seminaries to search out and find African American voices that can speak to the important issues of our times. These voices are out there, he said, but they have simply been left on the sidelines.

On the bright side, he added, he senses that young white students in his classes are willing to learn about the racism that has been embedded in U.S. history.

Even the overall society, he said, “is becoming open to a lot of things, which makes it a little bit easier [as a teacher] than it used to be.”

Loyd-Paige again pointed to her church in Holland — a place in which she feels comfortable.

“There are hurts and hurdles for a black person going into the CRC,” she said. “Too often there are those who assume we want to be assimilated.

“But I didn’t join the CRC to wear my culture on my sleeve. I didn’t sign up for the cultural bondage some people want to put me in.”

Lord-Paige said she wants the chance to worship and pray in a Reformed setting and in ways that are culturally relevant to her. But there is something else, she added: