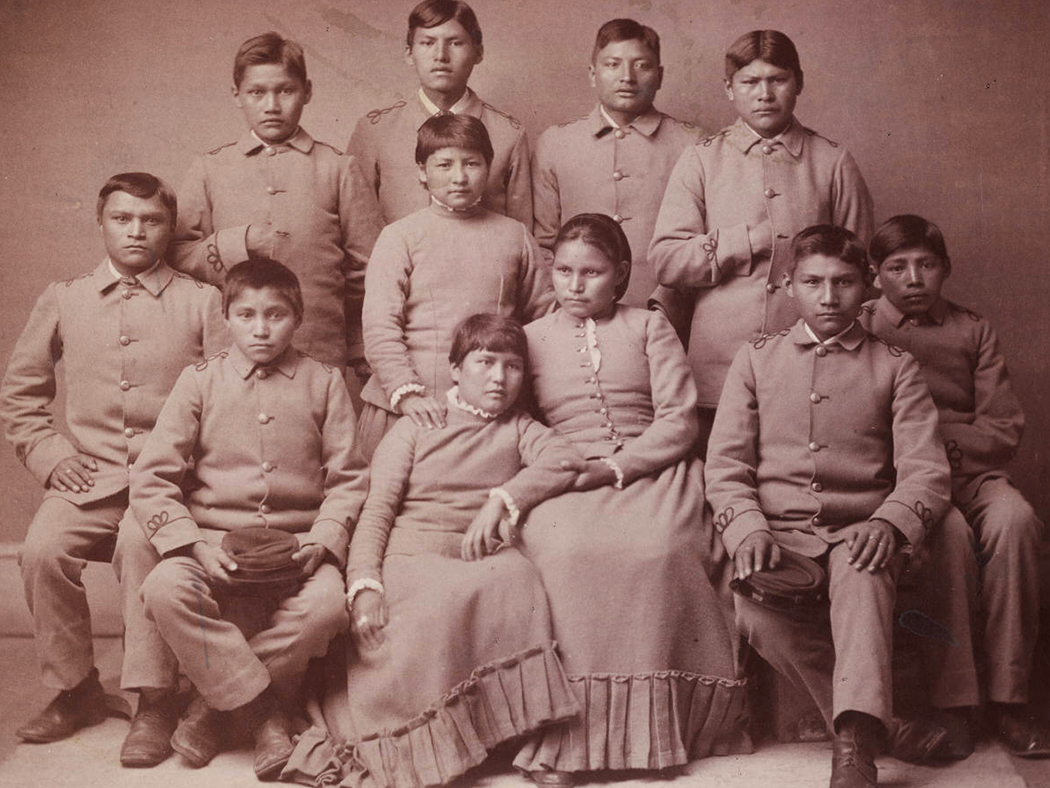 The Christian Reformed Church in North America’s Office of Race Relations has joined a number of Protestant denominations and Roman Catholic groups supporting the formation of a United States truth and reconciliation commission to address the effects of boarding schools on Native American students and families.

The CRCNA, which oversaw a boarding school in the southwestern U.S. for Navajo and Zuni students during the 19th and 20th centuries, can benefit by being a part of this, said Viviana Cornejo, a Race Relations advocate.

The Doctrine of Discovery was the framework that European explorers and settlers relied on when they often forcibly — in the name of their religion — removed Native Americans from their ancestral lands.

“Synod’s was a decision worth celebrating, but it’s just the beginning,” said Cornejo. “This decision opens the doors to look at history from a different perspective.”

Sen. Elizabeth Warren, D-Mass., and the cochairs of the Congressional Native American Caucus, U.S. Representatives Sharice Davids, D-Kansas, and Tom Cole, R-Oklahoma, reintroduced the Truth and Healing Commission on Indian Boarding School Policies in the United States Act on Sept. 30, which was the National Day of Remembrance for U.S. Indian Boarding Schools.

In a letter released by her office, Warren wrote: “The Indian Boarding School Policies are a stain in America's history, and it's long overdue that the federal government reckon with this history and its legacy. These policies and practices caused unimaginable suffering and trauma for survivors, victims, and the thousands of Native families who remain impacted by them.”

This commission, she added, “would formally investigate the past wrongs of the federal government's attempts to terminate the cultures, religions, and languages of Native communities and respond to the ongoing historical and intergenerational trauma devastating tribal communities today.”

Gary Mulder, former director of Faith Alive Christian Resources, has lived in Washington, D.C., for many years and has lobbied Congress on various social justice initiatives on behalf of the CRCNA’s Office of Social Justice.

“When I was in Washington, D.C., volunteering for the Office of Social Justice, one of the most difficult meetings I attended was a presentation about the establishment of Indian Boarding Schools, which had the acknowledged purpose of ‘saving the man, killing the Indian,’” he said.

Learning of how the Doctrine of Discovery operated in the U.S., as well as becoming aware of the role churches played in this, Mulder said he was shocked and deeply disturbed.

“The atrocities that arose out of that mindset are difficult to believe. For several years I facilitated a semiannual conference call with representatives from a number of denominations that ran these boarding schools, exploring what actions might lead to healing from these atrocities.

“We did not come to consensus about that, so I am very supportive of a national investigation into the abuses of these boarding schools.”

But now Haaland — secretary of the U.S. Department of the Interior — has pushed the issue forward, asking for the investigation to compile a thorough account of boarding school policy and its ongoing impact on Native Americans.

In a letter sent out earlier this summer, Haaland’s office wrote: “The recent discovery of 215 unmarked graves by Canada’s Tk’emlúps te Secwepemc First Nation at the Kamloops Indian Residential School should prompt us to reflect on past Federal policies to culturally assimilate Indigenous peoples in the United States.”

As a result, the office asked Congress to launch an initiative to investigate this issue in the U.S.

In the letter, the department also wrote: “To assist in achieving the goals outlined above, the Department shall undertake an investigation of the loss of human life and the lasting consequences of residential Indian boarding schools.”

The primary goal of the investigation will be “to identify boarding school facilities and sites; the location of known and possible student burial sites located at or near school facilities; and the identities and tribal affiliations of children interred at such locations.”

Like Canada’s Truth and Reconciliation Commission, which issued its final report on its own residential school system for Indigenous children in 2015, the U.S. commission will investigate, document, and acknowledge the past injustices of its boarding school policy. It also would develop recommendations for Congress to help heal the historical and intergenerational trauma passed down in Native families and communities.

Other denominations and groups supporting the commission include the Episcopal Church, the Evangelical Lutheran Church in America, the Franciscan Action Network, the Friends Committee on National Legislation, the Jesuit Conference Office of Justice and Ecology, and the United Methodist Church’s General Board of Church and Society.

In the letter signed by these groups, they note the country’s boarding school policy “was morally wrong and contrary to the teachings of our own faith.”

Mark Stephenson, interim director of the CRC’s Office of Social Justice and Race Relations, said the CRC will benefit by taking part in investigating the past on this issue.

“This dark history formed the backdrop in which the CRC's Heathen Mission Board decided in the late 19th century to begin mission work among the Navajo and Zuni people, which eventually included a residential school called Rehoboth,” he said.

“While I don't question the motives of the people who began and carried on the work at Rehoboth, the fact that children not only had to leave their homes and families but were also required to leave their native culture, dress, traditions, and even language created great hardship.”

Talking with people today who attended the boarding school, said Stephenson, “we hear stories of both appreciation and hardship.”

The CRCNA has long been involved in this work of addressing the concerns of Indigenous peoples in Canada, but now “it's time we do so in the United States too,” he said.