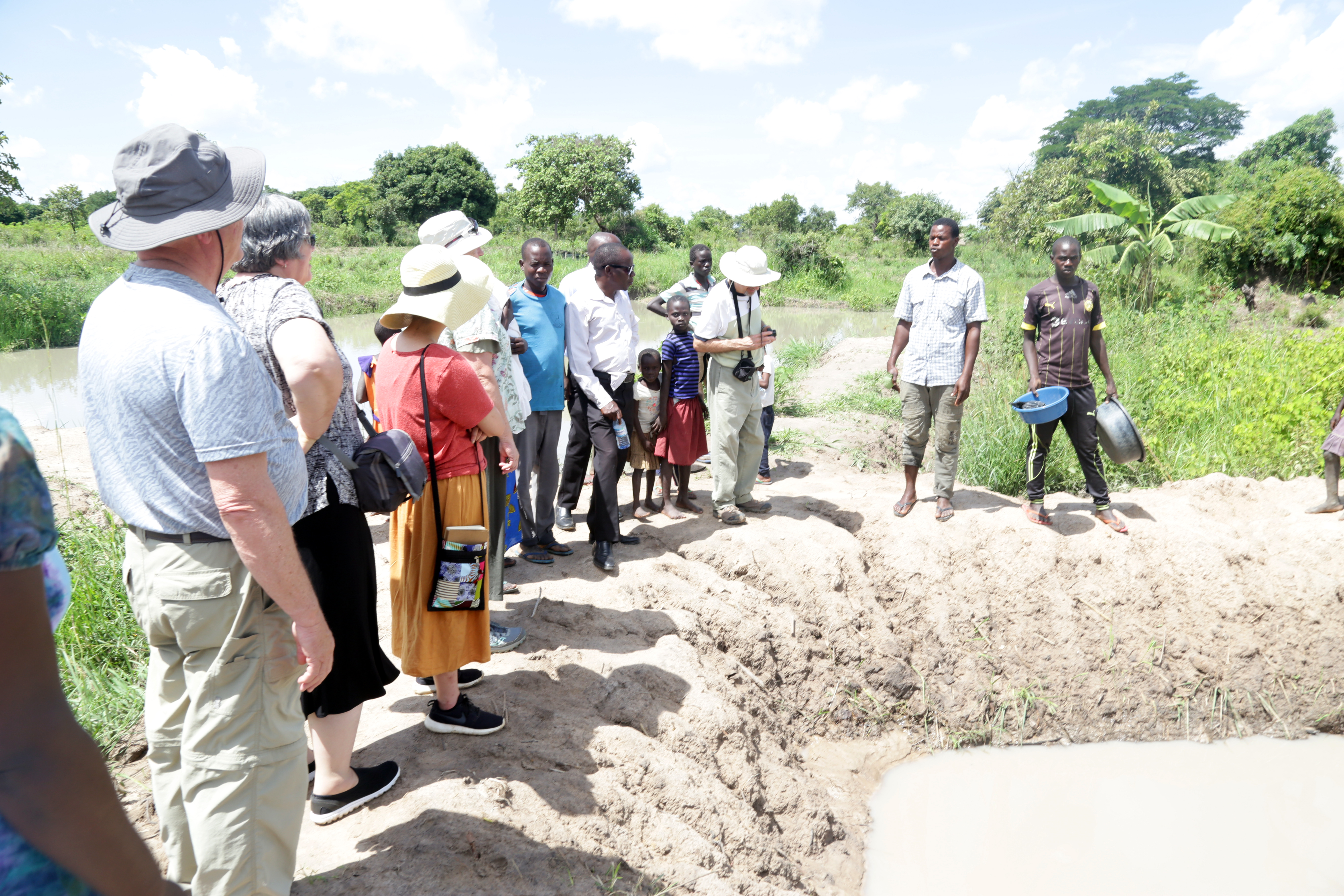 Participants of the Climate Witness Project Bootcamp - East Africa trip learn from farmers in Uganda about how they are adapting to climate change.

Today, in the wake of the United States taking action to pull out of the Paris Agreement, Greta Thunberg’s impassioned speech at the United Nations’ Climate Action Summit, numerous climate-care marches in cities across North America, and environmental concerns taking a primary place in last month’s Canadian federal election, several CRCNA leaders are adding their voices to this ongoing conversation.

“In 2012, the Christian Reformed Church in North America considered the issue of creation care and publicly stated, ‘Love of God, love of neighbor, and the demands of stewardship are more than enough reason for evangelical Christians to respond to the climate change problem with moral passion and concrete action,’” wrote Steve Timmermans, executive director of the CRCNA, in an interfaith press release collated by the Washington Interfaith Energy & Environment Working Group.

This press release was sparked by the White House’s action to take steps to withdraw from the 2015 Paris Agreement, which 196 nations signed as a global commitment to combat and mitigate climate change.

“We are committed to addressing the climate crisis both through private and public action, and are deeply saddened by the news that the United States is about to withdraw from the Paris Agreement. We are especially concerned because we recognize that the people who are first and most harmed by climate change are those who are poor — in the U.S., Canada, and around the world. We know that if we do not do our part to respond to the climate crisis, the next generation will suffer the consequences. We pray that our government leaders will recognize the magnitude of a decision to withdraw from the Paris Agreement and will take appropriate action to rectify it,” Timmermans wrote.

As Timmermans noted, the CRCNA’s commitment to creation care goes well beyond the Paris Agreement.

“Climate change is a very real and pressing concern in communities around the world,” said Carol Bremer-Bennett, director of World Renew-U.S. “While some people in our churches debate the causes of today’s changing weather patterns, and others believe that creation will take care of itself in the long-term, World Renew staff on the ground need to respond to the reality that is before them. Waiting is not an option for the world’s most vulnerable.”

Bremer-Bennett said she can point to several places around the world where flooding, drought, and other extreme weather results are exacerbating poverty. World Renew programs aimed at conservation farming — mulching, tree-planting, intercropping, etc. — are helping subsistence farmers combat this reality, she said, but there is also a role for all of us to play in protecting creation.

The Climate Witness Project (CWP) helps congregations do just that. Steve Mulder coordinates the CWP for the denomination. This project began in 2015 and now has 120 participating congregations, including 98 Christian Reformed congregations and campus groups across Canada and the U.S.

"A Climate Witness Congregation (or Ministry) is an organization with three or more individual partners. These partners work with their congregation and commit to taking action to help limit the worst impacts of the climate crisis,” said Mulder.

The action taken could be in the area of worship, energy stewardship, education, or advocacy.

“Every church has its own interests and capacity,” Mulder explained. “Any and all action is important. Collectively these actions are having real impact!"

One place where real impact is starting to be seen is in Canadian politics. Issues about the environment were at the forefront of Canada’s federal election in October 2019. From carbon taxes and green jobs, to oil pipelines and alternate sources of energy, each Canadian political party had a platform that highlighted their approach to protecting the environment and combating climate change in the future.

“It was interesting to see the environment come across as one of the primary issues in this most recent election,” said Mike Hogeterp, director of the CRCNA’s Centre for Public Dialogue (CPD). The CPD actively encouraged Christian Reformed people in Canada to be engaged in the election process and to ask candidates meaningful questions about their environmental platform.

“While not all Canadians — and not all Christian Reformed people — agree on what the next steps in creation care should be, it was great to see people engaged in thinking about the issue and pushing their elected representatives to take action. We hope that the new Parliament will take significant new steps to reduce emissions and engage in dialogue about just transitions for the fossil fuel industry,” Hogeterp said.

It is clear that Christian Reformed people care about the world God has created. It is also clear that many of the actions recommended by Synod 2012’s “Synodical Statement on Climate Change” have begun to take root within individuals, congregations, and denominational initiatives.

For ideas on taking next steps in this area, the Climate Witness Project has compiled the following suggestions: