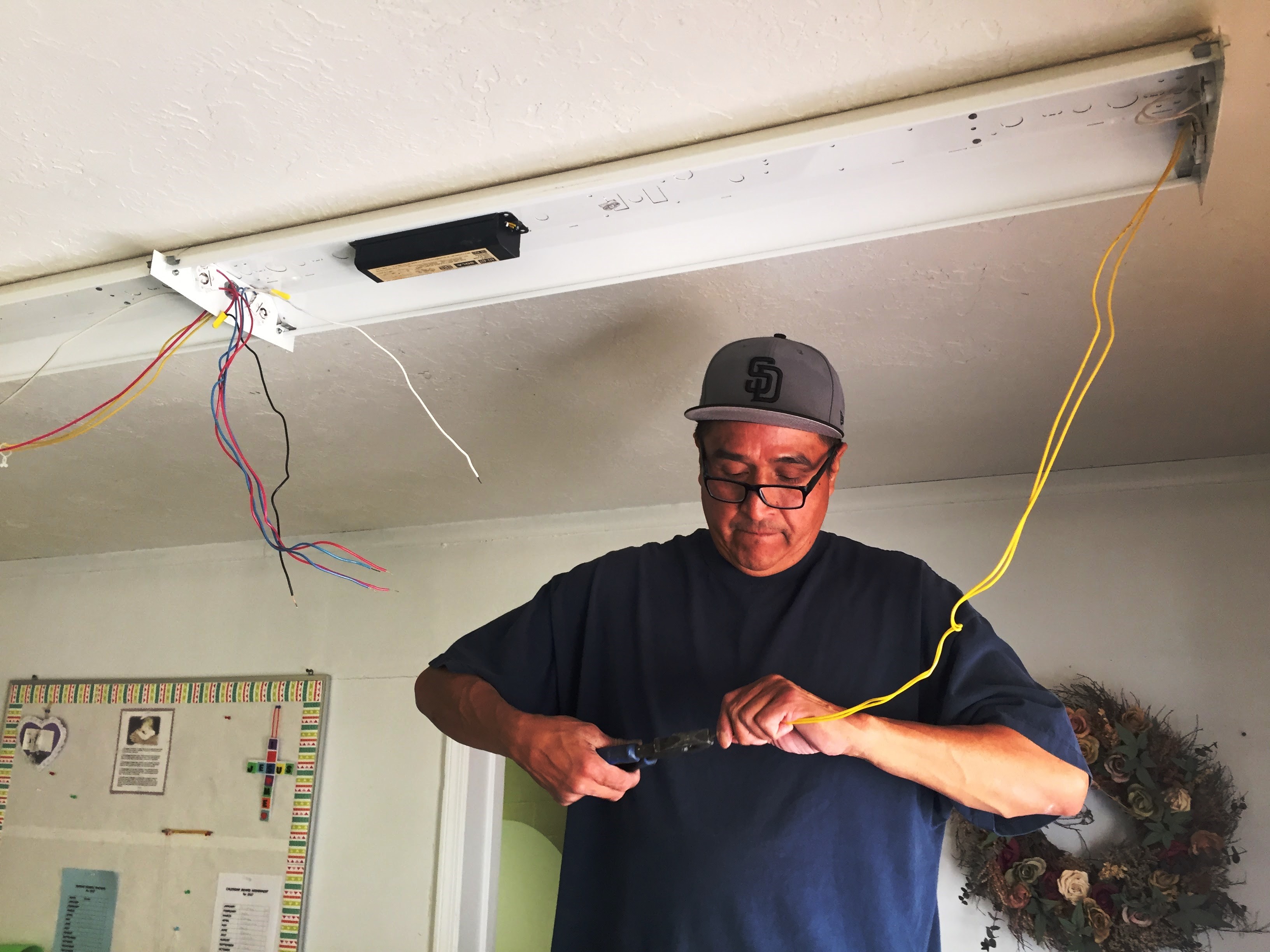 With the help of funding from the Christian Reformed Church Foundation and the Office of Social Justice, several churches in Classis Red Mesa have been able to install energy-efficient lighting and take other steps to save money and protect the environment.

“This project was a great idea,” said Rick Kruis, a Climate Witness regional organizer who helped coordinate the effort in Red Mesa along with Navajo electrician B. J. Shebala. “It was a lot of work, but the results exceeded my expectations.”

This local effort was encouraged and supported as part of OSJ’s Climate Witness Project, which is working in a variety of ways to help churches reduce energy use and their carbon footprint. Churches that received the help in Red Mesa are mostly small and have limited resources, said Kruis.

Because of the innovation encouraged by a new fund called Ignite, established this past year by the CRC Foundation, this is the first time OSJ was able to offer a Climate Witness grant to support such a classis-wide effort, said Peter Vander Meulen, coordinator of OSJ.

“It was new and exciting to see how many of the churches in Red Mesa got involved, not only with putting in new lights but also by asking questions about how they can get more involved in our Climate Witness project,” said Vander Meulen.

Jeff Bolt, director of advancement for the CRC Foundation, said this was the first grant that the Ignite fund awarded “to a classis or local church since the ministry innovation fund was reenvisioned by the the CRC Foundation board.”

Ignite, he said, encourages and enables new ministry innovation and initiatives by providing seed money and other resources to support new ministries for a short time until they can sustain themselves.

Over the past 20 years, the CRC Foundation has invested more than $9 million by equipping, investing in, and advancing more than 85 ministries, he said.

Along with helping to save scarce financial resources and protect the environment, the project in Red Mesa opened a way to talk with more of the churches in his classis, said Kruis.

“This project opened a lot of doors in Red Mesa and helped connect me with CRC church leaders throughout the classis and to meet with church councils to explain what the Climate Witness Project is all about,” said Kruis.

“A number of churches invited me to make additional visits to address the whole congregation,” he said. “It will be interesting to see how the project has affected electric bills. Some of the groups have signed up to walk through energy audits to assess all of their energy needs.”

So far, he said, they have installed energy-saving light-emitting diode (LED) lightbulbs and fixtures at more than a dozen Classis Red Mesa churches.

As a result of the project, Rev. Stanley Jim, pastor at Window Rock (Ariz.) CRC, invited the project team to meet with the consistory to tell them more about the Climate Witness Project.

“I offered to help plan a service or to come teach some Sunday school classes on climate issues. We have discussed possibly a service around the time of Earth Day in April,” said Kruis.

Also as part of the effort to bring awareness to the need to save energy, the Bethany CRC council in Gallup, N.Mex., has invited investors to form an investment group to purchase and install solar panels. They could take advantage of the tax credits and then sell electricity to the church, and eventually donate the system to the church, said Kruis.

“I will be sharing with them the experience at Bethany along with documents, discussing the benefits and pitfalls,” said Kruis.

In addition, the project team has set up a Creation Care Facebook page offering information about what they have done and why they have done it and to seek donations so that they can continue working with Red Mesa congregations on efforts to save energy.