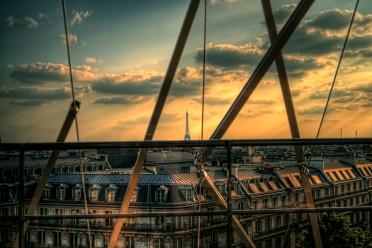 Working with Christian Reformed churches to help them become more energy-efficient is one of the goals of Phase Two of the CRC’s Climate Witness Project.

“Many congregations have already taken steps in this direction and we are eager for them to be a part of this next phase,” said Rev. Richard Killmer, co-coordinator of the Climate Witness Project.

The Climate Witness Project began last year in the run-up to COP 21, the international climate control conference that took place from Nov. 30 to Dec. 12, 2015 in Paris.

Out of the conference came a number of agreements by nearly 200 nations of the world to cut greenhouse gases, said Killmer.

With this in mind, he said, “We as a denomination need to take responsibility for ourselves in this area.”

Phase One of the Climate Witness Project brought together 35 congregations and 200 climate witness partners to learn more about the issue of climate change and, in turn, to educate others about it.

Phase Two hopes to expand the number of congregations to more than 100.

“Phase One of the Climate Witness Project was very exciting. It exceeded our expectations in many ways,” said Kyle Meyaard-Schaap, co-coordinator of the project.

“One thing it has taught us is that there are hundreds and thousands of CRC members in the U.S. and Canada who want to live faithfully into the reality of climate change, but aren't sure where to start.”

The work of Phase One began this process and Phase Two will continue to empower people to listen, to learn, and to raise their voices about the issue of climate change, he said.

Phase Two, as did Phase One, will include education both within congregations and of the general public through op-eds in newspapers and other outlets about why Christians are concerned about climate change.

It will also continue to include visits with members of Congress and Parliament, working to make sure lawmakers do their part in adopting the Paris Agreement on climate change.

“What will make it slightly different is that Phase Two will begin to help congregations work toward ordering their lives in ways that are consistent with our shared concerns about climate change,” said Killmer.

“Phase Two will be an opportunity for the CRC to respond to the commitments of the Paris Agreement by doing our part in helping the United States and Canada keep their promises.”

That’s why Phase Two, he said, will focus on helping congregations increase the energy efficiency of their facilities by, for example, installing LED lights, motion-sensitive lighting and programmable thermostats. It will also encourage churches to seek certification as energy-efficient facilities.

“Energy stewardship is not only an appropriate response to our stewardship mandate or a smart way to save money, it is a crucial way for the CRC to participate in the commitments of the Paris Agreement,” he said.