Church Too: How Should the CRC Respond to Abuse 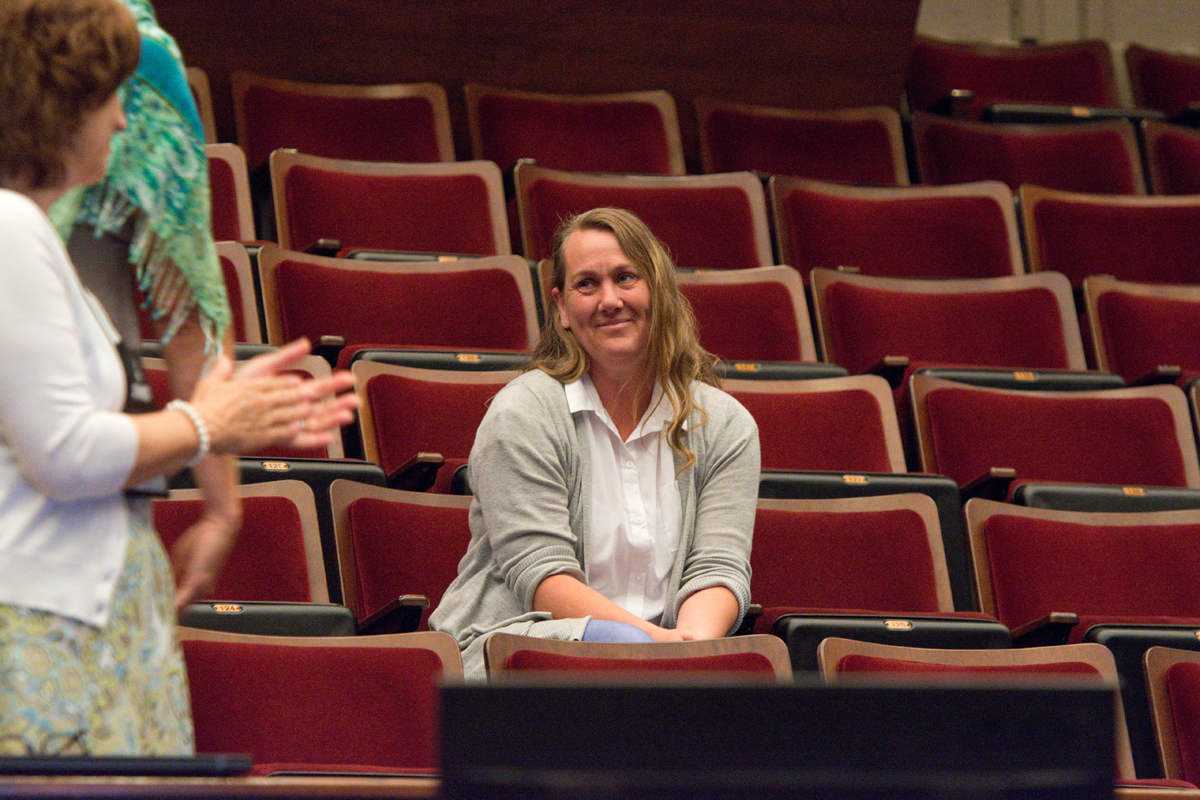 Bev Sterk from Lynden, Wash. wrote an overture to synod that brought the issue of abuse prevention to the forefront.

The church is not exempt from instances of abuse. Delegates to Synod 2018 recognized this and spent much time in debate about how the Christian Reformed Church in North America could better prevent abuse and support victims.

During a lengthy and at times passionate discussion, synod looked for ways to strengthen the position of the denomination against abuse while also respecting the autonomy of congregations and classes (regional assemblies of churches).

The question was how to respond, especially in the light of the #MeToo movement, which has brought focus in the broader culture on various kinds and instances of abuse.

For many years, the denomination has funded a Safe Church Ministry to help churches respond to and prevent abuse. In recent years, the need for this ministry has dramatically increased.

Its current director, Bonnie Nicholas, reported to synod that the cases coming to her have doubled each year over the past three years.

How should the church respond?

Shawn Brix, the reporter for an advisory committee that dealt with this topic, opened the discussion by asking delegates to raise their hands if they knew of someone who had experienced abuse. Nearly all of the delegates and others in the room raised their hands.

“These are issues that affect us all,” he said.

That fact became clear during the course of the synod discussion, as several women spoke of abuse in their own lives, one saying that from a young age she had been groomed by a person in the church for abuse and another calling herself a “refugee” from another denomination in which her daughters had experienced abuse.

The topic is also one that is dear to the heart of one particular CRC member. In an exception to common practice, the discussion was brought to synod by an individual church member, Bev Sterk of Lynden, Wash., without the official support of her congregation or the classis to which her congregation belongs.

Sterk asked, among other things, that all those who hold office in the CRC be required to attend two to four hours of training on abuse prevention each year; that pastors sign a code of conduct; that classes offer training in restorative practice; that Calvin Theological Seminary add abuse prevention training to its curriculum; and that synod address the issues surrounding non-disclosure and other confidentiality arrangements that may serve to hide abuse.

Brix noted that while Sterk’s classis, Pacific Northwest, had considered the overture, it decided not to pass the petition on to the synod. But, it has not dropped it either.

In fact, the classis responded to Sterk’s request by deciding to “clean house” in their own region as a first step. They appointed a committee with Sterk as a member to work out how to implement her recommendations.

Sterk then decided to also bring her overture to synod as a private member.

At Synod 2018, all delegates agreed with Sterk that this was an important topic. They also took action to help the denomination move forward.

Synod reaffirmed the work of past synods, particularly 2010, which received and acted on an “Abuse Victims Task Force Report” and 2014, which formulated five goals, including goals that every congregation should have a Safe Church abuse prevention policy and that every classis should have a functioning Safe Church team.

Some delegates wanted more than that. Andrew Hanson, Classis California South, said that in addition to telling the classes and congregations what should happen, synod should use its power to make it happen.

In response, Brian Kuyper, Classis Alberta South/Saskatchewan, drew on language taken from the CRC Church Order, saying that synods are not permitted to “lord it over” classes and congregations.

Dayna Vreeken, Classis Alberta North, challenged this. She asked, “Why can’t the church require that pastors have abuse training?” She said, “It’s not ‘lording it over’ but protecting those who are vulnerable. The church is falling behind in this area.”

Jeanne Maher, Classis Grand Rapids North, stood with Vreeken. She said that taking actions that would require people holding office in the church to take additional training in abuse prevention is not just to protect potential victims: “Elders, pastors, it’s for their protection, too.”

Adam Barton, Classis Northern Michigan, pressed the issue. He said that the present synod should “not be content with what [past] synods have done,” adding, “We continue to wring our hands and offer our thoughts and prayers” instead of taking direct action.

In addition to reaffirming past decisions, synod decided to require in the future that the number and names of classes that have failed to appoint a Safe Church team be published.

The question kept coming back to what more can synods do. Are they limited to “naming and shaming” or can they in a more direct way enforce Safe Church policies? And not just classes and congregations. Can ministers and other church officials be required to attend abuse prevention training or sign a code of conduct?

Synod decided to instruct the Council of Delegates “to appoint a small team to bring recommendations . . . to Synod 2019 regarding how the CRCNA can best address the patterns of abuse of power at all levels of the denomination.”

It is hoped that this team can use what Sterk put together as a starting point and can properly identify the places in the denominational structure where systemic changes can be made.

Bonnie Nicholas, head of the denominational Safe Church office, was appreciative of the discussion. She said that effective Safe Church practice cannot be top-down.

Bev Sterk, the author of the petition, sat through most of the discussion, including long interruptions when the synod had to take up other business.

Asked at the end of discussion what she thought, she said, “I’m very thankful.”

She also expressed gratitude for the ongoing work on abuse prevention in her classis. She added, “I think [there] will be a powerful collaboration between the denominational level and the local level.”

As synod concluded its discussion, Shawn Brix asked the delegates to recognize Sterk, who was seated in the back of the auditorium. The delegates gave her a standing ovation.