Candidates for Ministry Feted by Synod 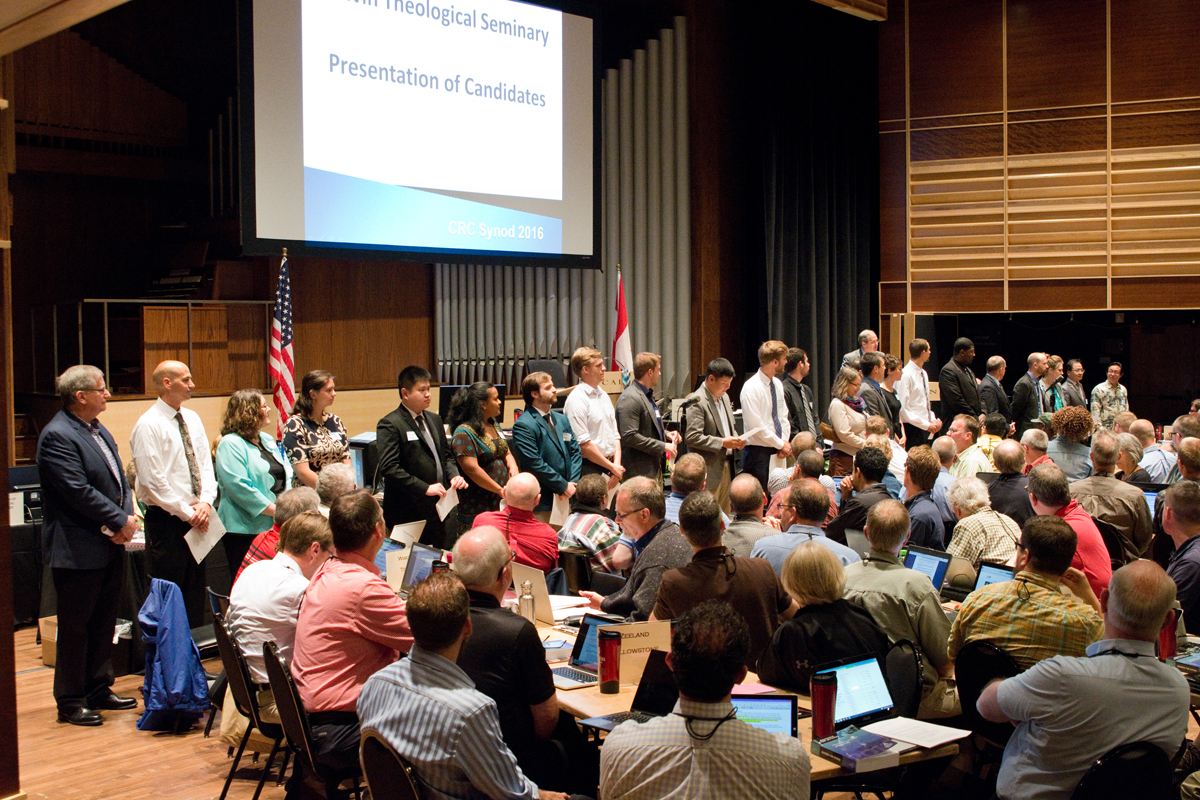 Candidates for the ministry are presented to Synod 2016

Synod 2016 approved 47 candidates for Ministry of the Word in the Christian Reformed Church (see full list). They are now eligible to be called as pastors by congregations.

Twenty of those candidates were present in Grand Rapids, Mich., and were led into the auditorium where synod is meeting by David Koll, the CRC’s director of Candidacy.

The candidates were joyously received and celebrated by synod delegates, along with families and friends of the candidates.

Jul Medenblik, president of Calvin Theological Seminary, spoke words of encouragement to the candidates. Taking note of pastors who have served for a long time in the church, he encouraged the candidates – on this their first day – to live “a long obedience in the same direction.” He noted the sacrifices that they and those who supported them had already made, and he called them to “lives of servanthood.”