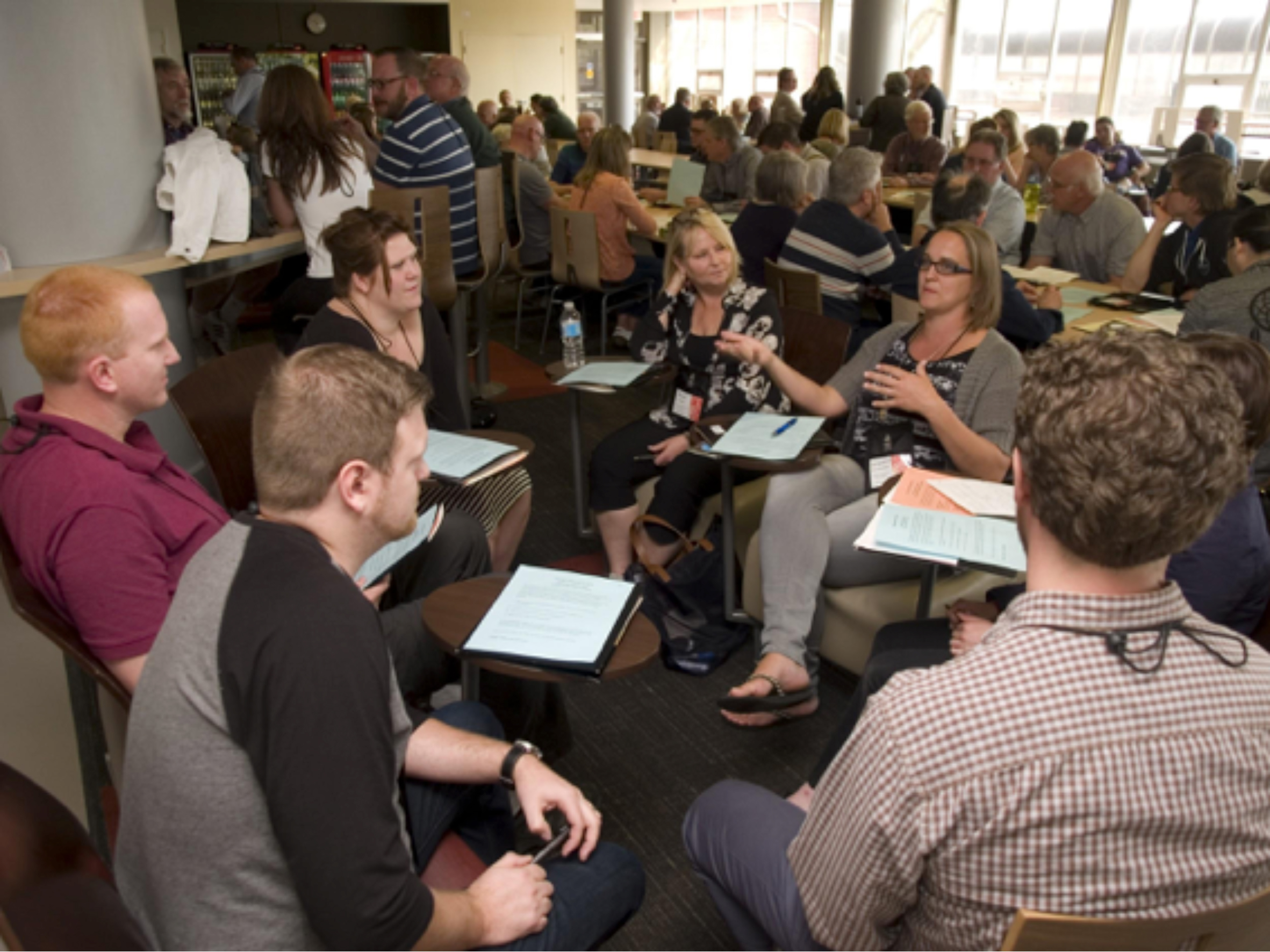 Participants join in conversation at the Canadian Gathering 2016

Representatives traveled from all 12 classes (regional groups of churches) across the country for the May 6-8 event, the first of several regional Gatherings set to take place this year. Others are planned for different regions in the United States.

The theme in Canada, Keeping in Step with the Spirit, was woven through the weekend, which included worship, prayer, listening sessions, presentations, and dialogue.

“I was delighted with the outcome,” said Canadian Ministries Director Rev. Darren Roorda. “Not because the planning team had planned just the right elements of interest, but because we collectively as a group were intentional about listening — to God, each other and to those leading.”

Every church in Canada was invited to participate, with each classis sending up to 12 representatives. The goal of the weekend, according to the event website, was to come together “to connect and inspire local, regional, and denominational ministries by telling our stories, sharing our priorities, and imagining a shared future.”

Participants were able to spend time networking, speaking with representatives in the Ministry Fair, and settling in before the program began on Friday afternoon.

Roorda opened the event with prayer, and Jeremy Zeyl and Body & Soul Collective of London, Ontario led worship for the weekend.

Speakers for the weekend included Sylvia Keesmaat, speaking on the CRC’s ministry context; Glenn Smith, on sharing ministry priorities in secular Canada; and Michelle Visser-Wikkerink, on the Canadian urban and Indigenous context.

Participants spent time discussing questions like, “Where are we going as local churches?” “Where does our path and ministry plan lead the CRCNA in Canada?” and “What do we see as our shared future?”

Themes emerged about engaging and creating community both inside and outside the church, setting goals and working toward them as churches, and submitting wholly to the Spirit of God.

“People were fully engaged and dug deeply into their conversations in classis groups and small groups,” said Rev. Richard Bodini, a member of the planning committee. A highlight for him was seeing people talking together, meeting new people, engaging in networking and conversation.