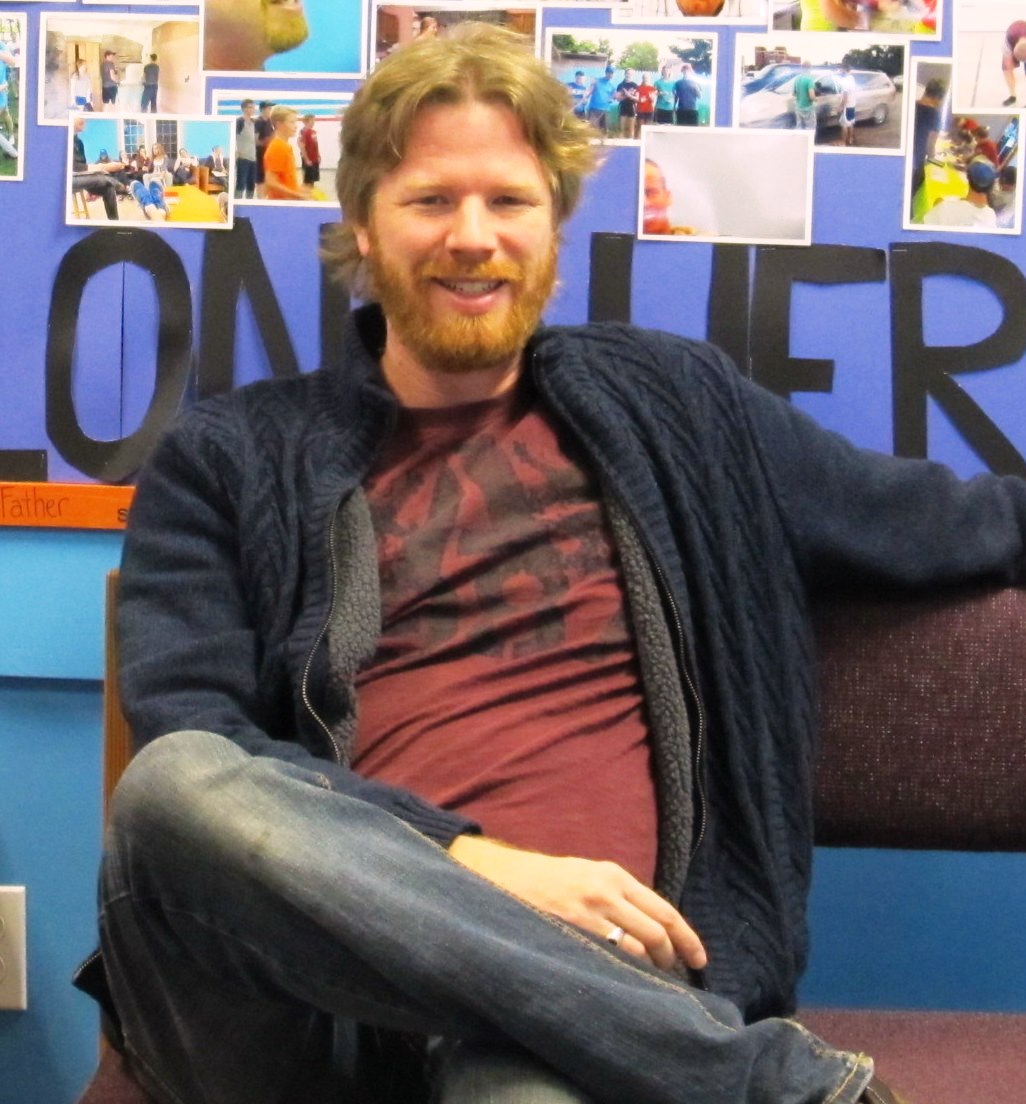 Steve van Breda, the new director of youth ministries at Exeter Christian Reformed Church in Exeter, Ontario, says he has turned many times in the past several months to the CRC’s Canadian Youth Ministry Project for help.

“The support I've received has been invaluable.The webinars they have run have been both timely and informative,” said van Breda.

“When I have questions, they have been quick to respond with support, answers, and insightful questions of their own.”

The focus of the project — through the webinars, blogs, Facebook postings, various events and retreats, gatherings at classes, and other means — is to equip youth leaders in Canada to do their work in more meaningful ways.

“We see our job as giving support to those in the trenches,” said de Vries. “We provide a range of resources and best practices — both for those who are volunteers and for those who are on staff doing youth ministry.”

In addition, the project involves what are called “champions,” or advocates. These are persons whose role is to connect with and provide help to youth ministers and ministries in classes across Canada.

“A champion is a person whom youth ministers can go to and who can embrace and support them in their positions,” said de Vries. “Champions are trained to help equip those in youth ministries with what they need to be successful.”

Creation of the project comes as a result of several things Faith Formation Ministries identified before asking the CRCNA - Canada Corporation, the Canadian members of the CRC’s Board of Trustees, to give its backing to the effort, which is essentially an experiment in its early stages, said Hielema.

“For one thing, due to a variety of circumstances, the CRC has never had an official youth ministry team,” he said. “As a result, everyone was doing what was right in their own eyes.

“Often this was very creative and entrepreneurial, but we wanted to make it more formal.”

Another key reason for launching the project, said Hielema, was to address the reality that “many in the younger generations are increasingly disconnected from the CRC and are exiting.”

“We knew we wanted to find ways to establish ministries that reached youth in ways that are geared to their particular circumstances in life,” he said.

In addition, the reasons for forming the project included a lack of a common vision and vocabulary for youth ministry and its place in the overall discipleship ministries of congregations.

“In this context, it became too easy to allow anxiety to become the driving force for youth ministry,” said de Vries.

“There was the attitude of ‘let’s just find something that works,’ rather than having a strong biblical, theological, and ecclesial vision.”

Other issues identified were a lack of proper education and equipping of youth workers, lack of knowledge on the part of churches regarding what it takes to hire the best workers to build strong ministry teams, and lack of integration of a youth ministry into the life of a church.

In summing up the situation they are addressing and seeking to change, leaders of the project said to the CRCNA - Canada Corporation: “We long for a shift from ministry that is ad hoc, reactive, age-segregated, and anxiety-driven to a ministry that is rooted in grace, part of a larger, comprehensive vision of intergenerational discipleship, and built on solid foundations of leadership development.”

Even though they are just in the beginning stages of this project, the shift has begun away from a piecemeal approach to doing a more focused and unified youth ministry, said Hielema.

Backed by new research into best approaches, the project is helping paid and volunteer youth workers to use tested resources to reach and build the faith of young people.

Youth workers are also being encouraged to share with one another what materials and ideas work best in their congregations.

Out of this have come some lessons already.

“Teens really need safe places where any of the questions they are wrestling with can be discussed among wise adults,” said Hielema.

“We are learning that teens need to hear stories of authentic faith where the rubber hits the road of life. We want to equip people to work with teens so they can be discipled for who they are as a child of God.”

Van Breda at Exeter CRC said the Youth Ministry Project has helped him better understand what it means to be engaged in youth ministry.

“I am discovering that it is much deeper than just the kids; it leads seamlessly into faith formation as a church body -- it cannot be separated and ministered to on its own,” he said.

As a result, he has been examining “what intergenerational, cradle-to-grave faith formation looks like for our church, and Syd Hielema has been so helpful in this endeavor. He has connected us with a church in Ancaster, and about a month ago, I led a team down there for a lunch discussion and relationship building.”

One particular way the project helped van Breda in his first year of ministry came after he watched a webinar, presented by Faith Formation Ministries, that focused on the importance of partnering with parents for successful youth ministry.

“I had already begun the year meeting with the parents, but the webinar reinforced this point for me,” he said.

Van Breda has kept up steady communication with parents through monthly newsletters, regular Facebook posts, and personal visits with them at coffee time at church.

“I have also begun the creation of a parent advisory board for parents to give feedback, and to increase involvement with the ministry.”

Overall, though, he said, the biggest example of how useful the Youth Ministry Project has been is how approachable and open the people involved in it have been.

“I feel that I can come to them with any question, and they will engage in an in-depth discussion, asking pertinent questions and offering helpful advice.”

Hielema said they started the project in Canada because it was fertile ground for this work at the time.

Looking ahead, Hielema said he is encouraged that a group of youth workers from Classis Rocky Mountain recently invited him to spend two days with them in Denver discerning how the Canadian project might be adapted for their churches.

“That invitation was an answer to prayer,” says Hielema. “Our longing is that the Canadian experiment will eventually develop strategies that will be transferred to every classis in the CRC on both sides of the border.”