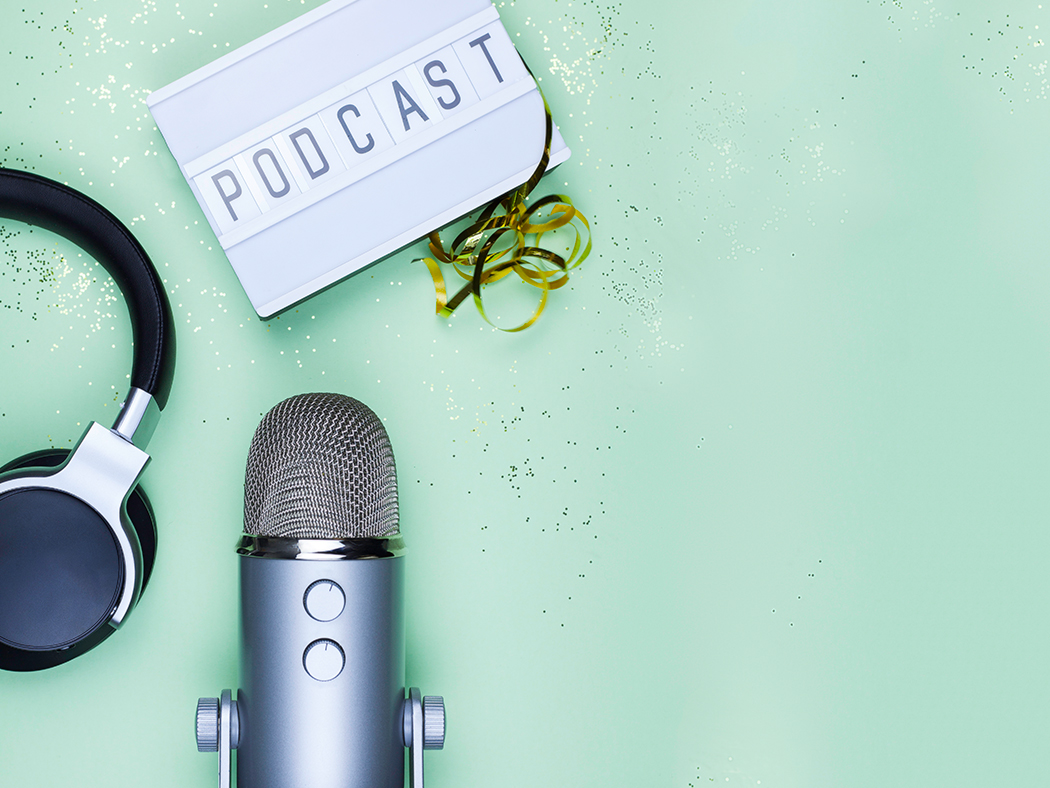 For several years as a director of worship design, Eric Nykamp met with and trained leaders to coordinate worship at Madison Square Christian Reformed Church, a multiethnic congregation in Grand Rapids, Mich.

After a time, he said, it became easier to gather and train the leaders by putting together a podcast that people could access online. Then, given that Madison is a congregation deeply committed to addressing issues of racism and by listening to church members talk about this, Nykamp had the idea of transforming the podcast into one that addressed issues of race.

“I know that race conversations can be hard. They can hurt your head and your heart,” said Nykamp. “I began to envision a vehicle with which we could talk about racial justice.”

Now called the Antioch Podcast: Conversations about Biblical Antiracism, the podcast was recently named one of the “Top 60 Racism Podcasts to Follow in 2021” by Feedspot, a popular curator of online content.

In recommending the podcast, Feedspot wrote: “In every episode of the Antioch Podcast, a number of antiracism trainers and advocates gather to have discussions about books, articles, ideas, and theology through the lens of biblical antiracism. Other episodes feature long-format interviews with Christian thought leaders in the growing biblical antiracism movement.”

It was back in 2016, as he was editing and producing the worship-themed podcast, said Nykamp, that he started to pay closer attention to the people who were appearing on the podcast.

“As I listened carefully, it dawned on me that the overarching theme that I was hearing from people of color was one of justice,” said Nykamp.

“People were frustrated because they were suffering from injustice in the church, injustice that happened through misunderstandings. . . . injustice when they were in the room and still were not heard or understood.”

Hearing and paying attention to these voices proved to be a turning point. In late 2017, he officially changed the focus of the podcast from  coordinating worship for multiethnic churches to exploring and discussing biblical antiracism. “I had no idea what would happen or where this would go,” he said.

By 2019 he had enlisted the help of Reggie Smith, director of diversity for the CRCNA, and Michelle Loyd-Paige, executive associate to the president for diversity and inclusion at Calvin University, to become part of the Antioch Podcast — which is presented by Madison Square CRC.

Others now included in the effort include Libby Huizenga, an antiracism educator for CORR (Congregations Organized for Racial Reconciliation); Josh Holwerda, an addiction services specialist and former pastor; and Susie Dixon, director of discipleship and relationships at Madison Church: Square Campus and a member of the Madison Antiracism Team.

Before the pandemic put people in lockdown, podcast members met around a table in the basement of the CRCNA office building in Grand Rapids. From the start, they say, there was a comfortable chemistry between them.

Although they tackle tough topics, each weekly hour-long episode is punctuated by hearty laughter. This is a crew that gets along even when they find they might disagree on issues.

“Eric called me one day at the last minute to see if I could jump in and fill a spot when someone else couldn’t be there,” said Loyd-Paige.

“I showed up, and I’ve kept coming back. This is not a job. Doing this, I’ve found a whole new group of friends.”

A graduate of Calvin Theological Seminary, Libby Huizenga has long been interested in having honest, open conversations about matters of race. But as a white woman, she had not found many places to have these discussions — until she became part of the podcast team.

“I appreciate every single person here,” she said. “I’ve been deeply moved and inspired and humbled by getting to know everyone here.”

Nykamp invited Susie Dixon to be on a podcast in summer 2019 to talk about the book The Color of Compromise,which discusses historic racial attitudes among people of faith. When she was asked to appear, she said, she didn’t even know what a podcast was, but Nykamp explained that she simply needed to show up and discuss one of the book’s chapters with other people and that he would record the conversation.

“The goal was for us to share what we were learning in our ministry contexts as pastors through the lens of biblical antiracism to help other ministry leaders in their settings. Since I was already having these discussions in other settings, I felt like this would be a good space to share what I was learning and experiencing with other people who were in similar situations. I had no idea how powerful our time together would become,” said Dixon.

“We allow each other the space to go deeper to discover new insights and realizations. We encourage each other. We intentionally create space for ourselves to be safe so that we can be as real as possible,” she added.

Reggie Smith said he appreciates participating in the podcast: “It gives us an opportunity to have a conversation in a safe space. . . . We don’t leave our brains at the door. We bring our Christianity into the room. This is a place where our souls get nourished.”

Each week the podcast tries to take on timely topics. For instance, this past summer, as peaceful protests and frustrated rioters filled the streets of cities across North America and beyond because of the deaths of George Floyd and others, the team gathered with a special guest, Terry Dixon. He is a lieutenant in the Grand Rapids Police Department and president of the Grand Rapids chapter of NOBLE, an organization for police officers of color in the United States. They spoke to him about their responses to the murder of Floyd on Memorial Day 2020 by Minneapolis police officers that onlookers had documented on cellphone video.

In spring, the podcast also focused on racial disparities that have become apparent during the COVID-19 pandemic, and in some episodes the participants told their faith-journey stories. At Thanksgiving the podcast concentrated on gratitude.

Although it is a difficult issue — unraveling why racism persists in society — the podcast began on a light note as everyone had a chance to talk about funny YouTube videos that they turn to in order to help ease the stress of their days.

The participants spoke of comedians they like, cooking shows, and silly competitions. Then they delved into the topic, but even then there was plenty of lighthearted banter.

It’s obvious that this group of people like one another, even as they wind their way through issues such as the difficulty black workers have had in joining trade unions; the redlining that has occurred to keep blacks out of certain neighborhoods; and the ways in which the predominant power structure keeps the voices and ideas of minorities out of boardrooms and other places where important decisions are made.

As they often do, they based their conversation on an article, a Christianity Today feature by Kelly Harmen titled “Social Justice, Critical Race Theory, Marxism, and Biblical Ethics.” In the article, Harmen, who teaches at Liberty University, criticizes Marxism and writes of the role Christianity plays in achieving social justice.

During the podcast, Smith said the article reminded him of the importance of telling the full story of the American experience, a story that includes slavery and the removal of Native Americans from their ancestral lands.

“You can’t have a real nuanced story of who we are unless you focus on the good and the bad,” he said. “But usually it is those who have the power who get to tell the story and decide what to leave in and what to leave out.”

An important part of the story for black people, said Smith, is the story of Exodus in the Bible, which is about God delivering the Israelite nation, which had been enslaved, and leading them to the promised land.

As the podcast rolled on, Smith said: “Black Christianity is not just about doctrine; it is about survival. We held on to Jesus so strongly because everything else was so messed up. The Bible that people used to put us in chains is the same Bible that brought us freedom.”

Nearing the end of this segment, Nykamp said he once again was grateful to have taken part in the podcast. “I listen and believe we are telling the truth,” he said. “As you share your stories, I am privileged to be part of the conversations we have together.”

Before the podcast, Josh Holwerda (who wasn’t on that segment) said that when he is there, it often feels as if he is part of group therapy. There is a warmth and humor and intellectual energy that feeds him.

“It is a balm to engage with friends on this platform,” he said. “I have family members who have listened to these, and that has led to a deeper beauty and understanding of where we are all at.”