An Active Parent Church in Texas 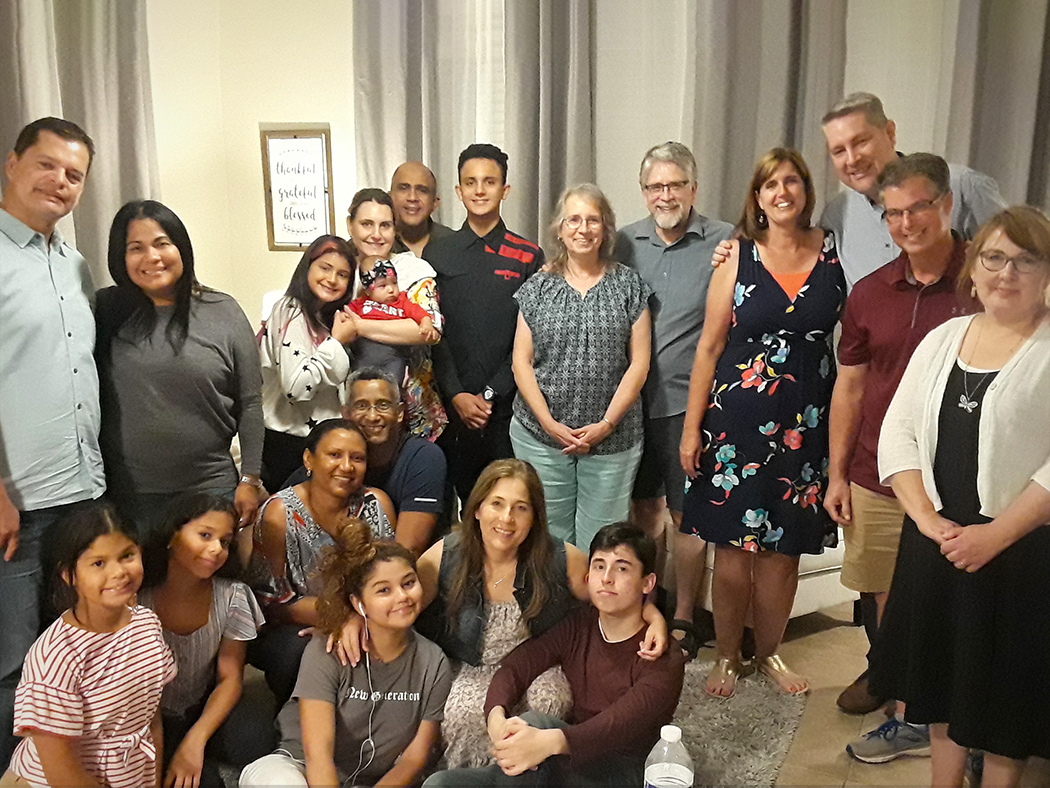 During Hispanic Heritage Month, which began Sept. 15 in the United States, CRC News has been presenting weekly stories on Hispanic leaders in the Christian Reformed Church in North America. This is the last in the series.

Over the past several years, New Life CRC in Spring, Tex., has served as a parent church, helping to birth a handful of Hispanic congregations in communities across Texas.

With a long history of church plants, New Life found itself spurred on by the Holy Spirit to become fully engaged in starting Hispanic churches when the current pastor, Andy Sytsma, came in 2009.

“Church planting and the desire to reach people was already in this church’s DNA when we came here from New Jersey,” Sytsma said. “It’s in my DNA also. My father and grandfather were CRC missionaries to Japan and helped the Reformed Church of Japan plant new churches. That’s where I grew up.”

He added that a cousin, Anthony Sytsma, and his wife, Sara, serve for Resonate Global Mission in Uganda.

“When we came to the Houston area, which is one of the most diverse cities in the U.S., we saw that the fields were ripe for harvest” — especially in working with the growing Hispanic community, said Sytsma.

But it wasn’t just people from Latin America that the new churches sought to serve; they included people from Africa, Asia, and elsewhere as well.

“If you wanted to plant a church in Houston among a diverse group, you could throw a dart and, wherever it landed, you could pretty much start a new church.”

In many ways, said Sytsma, his church was more or less responding to the needs of people in Houston who wanted to connect with the CRC when they welcomed church planters into the area.

“Over the past 10 years, 12 CRCs — not all Hispanic — have been planted in Texas, and we have a couple more that are about to go,” said Sytsma, who is also a local mission leader for Resonate.

Interestingly, Sytsma added, several of those who have started or are starting new churches are missionaries sent to the United States from overseas.

“North America has been [active for generations in] missions, but today we are seeing a boomerang effect as people who grew up overseas are coming as missionaries” to the U.S. and Canada.

Here is a look at some of these missionaries and their work, supported by New Life CRC.

Pablo and Diana Gaggero planted two churches — Casa de Oracion in Conroe and then Casa de Oracion in Spring. Originally from Argentina and Columbia, respectively, they are both CRC pastors and live in Splendora, northwest of Houston.

“Pablo says his gift is to start new churches and then to move on,” said Sytsma. “Pablo is also on staff with Resonate as a local mission leader and is doing internet ministry with Hispanic people in Latin America.”

In addition, there is Diego and Camila Hiriart, who built on one of Pablo Gaggero's church plants, Casa de Oracion in Conroe. The church is now called Mision de Fe Internacional and meets in Spring.

Diego and his wife, Camila, originally from Argentina, were missionaries to Mexico and began Mision de Fe Internacional in Reynosa, a church south of the U.S. border. This church has now joined the CRC and is one of the first CRC congregations in Mexico.

The Hiriarts are both ordained CRC pastors, and with help from New Life they are planting a new church in McAllen, Tex., on the U.S./Mexican border.

“Manuel just received his R-1 [temporary work] visa this week and will also begin working with the CRC church in McAllen,” said Sytsma.

Manuel Sosa said he is eager to get the new church up and running. “God has strengthened us all these years in Reynosa, in the face of the violence, confrontation, and the war of cartels that the church faces every day,” he said.

“God is truly glorified in protecting the people from harm and adding those who have yet to be saved every day.”

Christian and Eukarys Sebastia, pastors from Venezuela, started a Reformed Church in America plant in Katy, west of Houston. They have transferred to the CRC and are now pastoring Casa de Oracion in Spring.

In addition, Christian Sebastia is working with three couples, all from Venezuela, to start three new CRCs in Houston. The couples are Wilmer and Helen Lopez, Luis and Judith Bacerra, and Richard and Elinor Perez.

“All are experienced, having pastored and planted churches in Venezuela. All are living here in Houston and working on credentialing,” said Sytsma.

“We are talking with our other English-speaking CRCs in Houston — Peace Community CRC and Hope CRC — about becoming parent churches and working with two of these couples.”

In addition, Christian Sebastia has been working with CRC pastors in Houston to cast “Vision Houston,” an initiative to plant 18 new CRCs in Houston in the next 20 years.

There are also three other Hispanic CRC pastors in Texas: Jose Rayas and Tony Lara serve in El Paso, and Richard Villarreal serves in Austin.

“Over the past 18 years, the denomination has been working hard to include the Hispanic church in the everyday affairs of the denomination,” said Rayas, pastor of Valley Ridge Community CRC in Socorro, Tex., a southeastern suburb of El Paso.

For instance, added Rayas, in 2016 he was the first Hispanic to be named vice president of a CRC synod.

Meanwhile, he added, two Hispanic leaders, Tony Lara and Harold Caicedo serve on the Council of Delegates, reflecting the way the CRC is supporting the growth of Hispanic ministry.

Another pastor, John Eigege, who is from Nigeria, began a church but now works as a community chaplain, doing various kinds of development work with people living in Houston’s historic Third Ward. And Ronnie Lopez, from the Philippines, planted and is now pastoring Fil-AM CRC in Pearland, Tex.

“God is at work in Texas, and we need to get out of the way for what he is doing,” said Sytsma. “We need to continue stepping out in faith” and to respond to whatever God is calling the church to do in Texas.