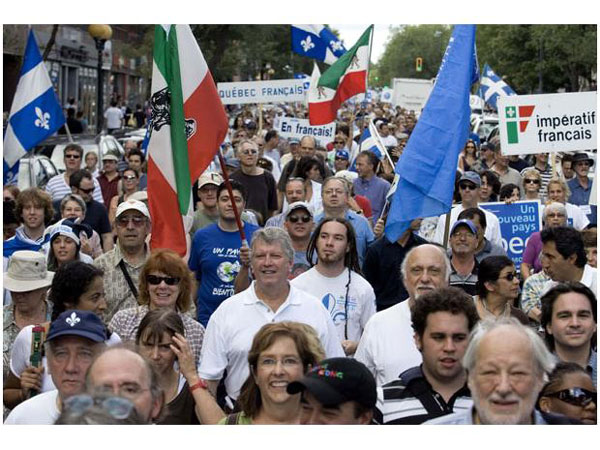 Montréal has the highest percentage of "unreached" people of any other large city in North America, according to recent estimates.

Those same estimates show that less than 4 percent of people living in the core of Canada’s second-largest city — and this includes the Roman Catholic population — attend church, although many people say that they do hold onto spiritual values.

Meanwhile, only about 450 small evangelical churches are at work in the central communities of Montréal, Québec.

Hoping to make a difference, the Christian Reformed Church has joined with a grassroots organization known as Christian Direction to launch a new outreach ministry in Montréal.

Titled "Mission Montréal," the new ministry is a combined effort of — and its start-up is being funded by — Christian Reformed Home Missions, Christian Reformed World Missions, Diaconal Ministries Canada, and Classis Eastern Canada. A grant from one of the CRC’s cross-country, fundraising Sea to Sea tours is also helping.

“This is an exciting project that involves multiple CRC partners as well as a wonderful 'on the ground' partner in Christian Direction, with whom we are working closely,” says Adrian Van Giessen, Home Missions regional leader for Eastern Canada.

Mission Montréal is an initiative, he says, in which CRC ministries and Christian Direction will be “coming alongside local Christians to strengthen the Christian witness in this diverse city.”

Three areas will be the focus of the ministry:

The CRC has had a small but faithful presence in Montréal in and  through the local ministries of First CRC of Montréal and through the more broadly supported efforts of the Seafarer’s Centre located near the Montreal harbor front.

The CRC also played a role in helping to start a small Reformed seminary that is still in operation.

Having done outreach in Montreal, the CRC remains familiar with many of the challenges a church faces as it works in this city.

Montreal is multicultural and highly secular. Many people speak French, making it a city requiring different approaches than those that have worked in other cities.

Nearly 4 million people currently live in the metropolitan Montréal area, which has continued to become increasingly diverse  as immigrants from Africa, the Caribbean and Asia keep arriving.

“All of this contributes to make Montreal one of the most pluralistic and diverse mission fields on the planet, along with all of the challenges and opportunities that come with this,” says a proposal submitted in an earlier phase of the project.

The proposal also says: "Because of the unique challenges of Montreal as a mission field, and the expected long term nature of the project, we envision an intentional team approach. This team would likely include a diverse, gifted team of individuals and/or couples, chosen for their unique experience and gifting.”

In early September, in launching the effort, Mission Montréal hired Bruno Désorcy as coordinator of the project. Désorcy will also be a missional community coach and a community engagement catalyst in the borough of Hochelaga-Maisonneuve, in the east-end of the city where the team of Christian Direction and a network of churches are already at work.

They have also hired Jacynthe Vaillancourt as the Campus Connections Agent. She will be extending the community development ministry of Christian Direction in the downtown core to the Concordia University and the Dawson College student population.