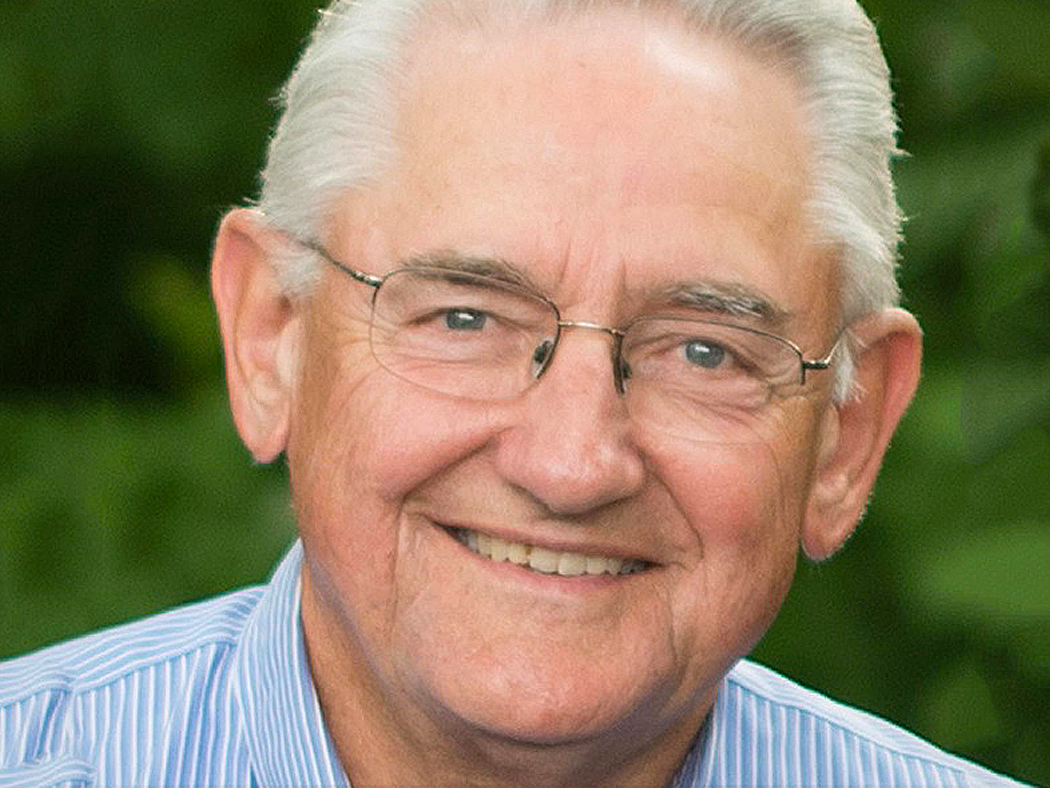 A new book, Seek Immediate Shelter, is a collection of reflections that amount to a love story between the main author, Ken Koeman, a widely respected Christian Reformed Church in North America pastor who died in 2018, and a number of the people who knew him.

Koeman served many years as a CRC pastor and touched the lives of scores of people, as one can clearly tell by reading through this book. He served as a pastor in inner-city New York and with congregations in Albuquerque, N.Mex.; Portland, Ore.; Lynden, Wash.; and Bellevue, Wash.

Koeman also reached people through his writing for The Banner, Reformed Worship, and Today devotions, not to mention — or minimize — the friends he made while serving on several boards and committees for the CRCNA.

What is especially striking, though, is the love that comes through in Koeman’s reflections, written as he battled cancer, and in the impressions provided by those who assisted him in finishing this book — members of his family and his good friend, David Koll, director of the CRCNA’s Candidacy Committee.

I learned of this book while reading Koll’s article on The Network about Koeman and the book’s release. In the article, Koll writes: “Ken has such a special place in my heart. Maybe you know what I’m talking about. Some of us have been blessed with a friend who shows exceptional support, wisdom, and kindness. Such friends are a precious gift. If you have one or have had one, you know the truth of what I am saying. Ken Koeman was such a friend for me. The reality is that he was such a friend for many.”

These words intrigued me, so I ordered a copy of this book. In reading it, I was deeply touched by the friendship between David and Ken as well as the love Ken had for the many people he served in churches — and especially the love he had for his wife, Kay, and their children, Kent and Kate.

I especially appreciated reading this book in the midst of this long season of the COVID-19 pandemic, ongoing political wars before the U.S. election, racial strife that has arisen on our streets, and ongoing disasters from hurricanes and rampaging wildfires.

During times such as these, it might be easy to forget how important love — the real, heartwarming love between family members and friends — truly can be. Read this book, and you’ll see that love, that four-letter word that can be so overused, becomes alive and real.

But the book — and this is another reason why it is important now — is also about grief. It is about the loss of things that are familiar and about moving into unknown, undiscovered places. Certainly many of us have lost much in recent months.

Koll adds that sharing grief with others is an important purpose of this book of reflections and prayer:

“What made Ken’s journey remarkable and praiseworthy is that he used his gifts of writing and spiritual reflection to mark the road for the benefit of others. He journaled, almost daily, from the time of his diagnosis until just five days before his ultimate trip.”

The book therefore is “available as a tool for anyone who goes through grief, and for anyone who wants help looking at death’s reality through eyes of grace and faith,” says Koll.

Specifically, the book is about a pastor’s struggle with cancer, the hope for recovery he had after his diagnosis in June 2018, and the faith-filled acceptance he had two months later when it became clear that he wasn’t going to beat this thing.

The idea for a book of spiritual reflections came soon after Koeman’s initial diagnosis. Ken was at home one morning when a friend, Marco Daniel, stopped by during his morning run. He was bursting with a message. Marco said he hoped Ken would show others how Jesus was at work in his illness. As soon as Marco left, Ken knew what his friend had said was true. He would let the journal chronicle his spiritual journey through his battle with cancer.

“So now I know my deeper duty here,” writes Ken about the journal he had started, “and it won’t just be giving the regular medical report; it will be testifying to the higher, deeper, more profoundly human/divine drama God is ushering Kay and I into here.”

Evident in the book is the love between Ken and Kay — a solid relationship built on many years of mutual respect, shared experiences, and deep faith. With the help of their children and David Koll, we have insight into who they are and how together they faced this final journey, heartfelt and full of the hope of eternal life.

In one of his reflections, Koll writes, “Ken calls us to join him and Kay ‘strolling along on this hike.’ He’s speaking, of course, of the march toward Zion, the city of God. If we’ve lost our way, perhaps Ken’s journey can help us.”

Ken’s reflections continued for several weeks as he went through cancer treatments. But when it became too hard for him to keep up, his family stepped in and helped post reflections on a website called CaringBridge, a free online site for posting health updates for family and friends. And the words went out to many friends that he and Kay had made over the decades.

On July 25, 2018, Ken wrote about waiting to start what would be several weeks of grueling chemotherapy. And this got him thinking of how fragile life, including his, was. It also made him think realistically of what he faced.

“Part of the inner journey for us is listening to our hearts, and the longings we experience there. Right away we know our longings can be infected with self-serving elements that can have the deadly effect of causing us to be far too easily pleased with lesser things, such as . . . Kay and I don’t want to have to leave each other. . . . We want to see our grandkids grow up. . . . We love our house, our park-like backyard, our circle of friends.”

In considering these things, Koeman hoped for recovery, but he also knew that he was on a walk taking him — perhaps sooner rather than later — into the arms of the God he served for so much of his life. Eternity, that greater place of glory, was waiting.

Striking in this book is the wide range of people Ken touched in his ministry: those he married, those he tended to and prayed with in the hospital, those he counseled, those to whom he preached and taught, those in whose lives he shared in so many ways. These people come in and out of the book, leaving flowers on Ken and Kay’s doorstep, sending encouraging cards, making meals, and being there waiting and praying as Ken’s condition grew very serious.

And then as his life ebbed away and he died of respiratory failure, the grief among family members and friends is obvious. Hundreds attended his funeral. There were many tears. But that isn’t the end of the story, as Koll writes near the end of the book:

“One lesson we’ve been challenged to accept through this journal is that death is not the end of the story. If fact, quite to the contrary, we hear Ken’s anticipation that beyond death he will be loved more completely and openly than he has ever been loved before.”

Koll had a chance after Ken died to read through Ken’s reflections, and he shared, “I was so moved by his reflections, as I was moved by his friendship. A few months following his departure I reached out to Ken’s family, and we agreed to format Ken’s journal notes into a devotional book that could be shared with others.”

So the volume is a compilation of Ken’s reflections, Bible verses, and reflections from David Koll. Near the end is an entry from Kent, Ken’s son, who notes how the final part of the book recounts the 24/7 vigil the family held in Ken’s hospital room during his last days. And then follows a part by Kent about the “planning and executing of his [Dad’s] memorial service while visiting with extended family.”

In closing, Kent writes, “[Now the next chapter] is upon us, where life returns to its norms, and there is quiet. For those . . . who know my mom, this is a most difficult time. She is stronger than she thinks she is, but it’s difficult for everyone.”

Difficult though such things can be for all of us, a book like this offers strength in adversity and hope amid times of great uncertainty.

The book is available for $15, including postage, and any profits made will be donated to the CRCNA at the direction of the Koeman family. You can order the book by contacting David Koll at [email protected].