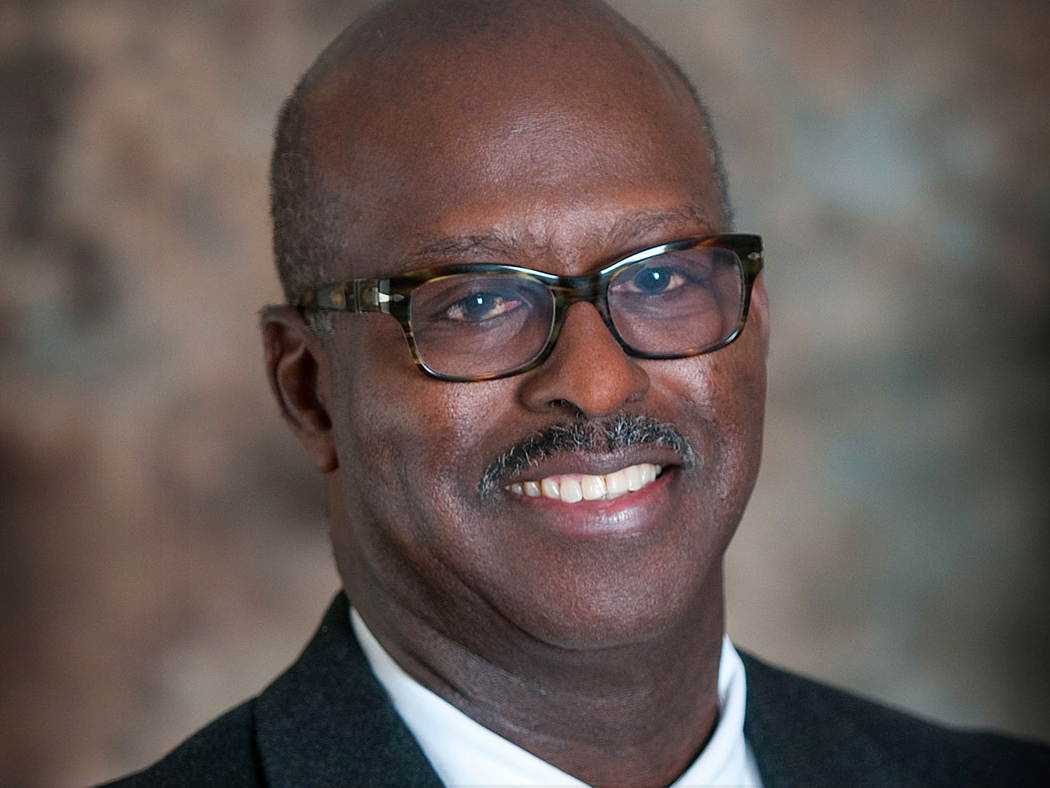 Colin Watson, Sr., executive director of the Christian Reformed Church in North America, took part in a press conference on Thursday, Sept. 10, hosted by the Refugee Council USA, that highlighted the importance of refugee resettlement and called on United States officials to allow more refugees into the country in 2021.

“The Christian Reformed Church has been advocating for refugees since the 1960s. And as people of faith, this is how we live our faith,” Watson said during the Zoom presentation.

“For me,” he added, “God’s message is clear. No matter how different a person looks from me, or their experience differs from mine, I must care about and protect them. This is a time for generosity, not selfishness. We are called to do even more.”

The Refugee Council USA is a coalition of 29 U.S.-based nonprofit organizations dedicated to promoting efforts for the welcome and well-being of refugees, asylum seekers, and other forcibly displaced populations. The CRCNA’s Office of Social Justice helped to facilitate the Zoom meeting with Watson.

Also participating in the briefing were Sarah Soper, who works for Catholic Charities in Dallas, Texas; Steve Schrader, a former U.S. Air Force fighter pilot who helps lead a refugee resettlement organization in southeastern Massachusetts; and Barbara Strack, who retired in 2018 as chief of the refugee affairs division of the U.S. Citizenship and Immigration Services at the Department of Homeland Security.

Also present was Zoe Lofgren, a Democratic member of the House of Representatives from California. Lofgren is chair of the nonpartisan Judiciary Subcommittee on Immigration and Citizenship. Her Republican counterpart is Rep. Ken Buck from Colorado, who also supports resettlement and with whom CRC members have worked in recent years on refugee issues.

Last week the Refugee Council USA, with which the CRC works on refugee advocacy, sent a letter to U.S. government leaders — a letter signed by national, state, and local organizations and religious leaders and faith-based organizations — calling for an expansion of refugee resettlement policies.

“Supporting refugees and resettlement plays an important role in supporting America’s credo laid out by our founders, ‘that all men are created equal,’” said Schrader.

Watson shared the biblical framework he brings to this issue:

“As a person of faith, I look to God’s Word for principles for life — throughout the Scriptures God describes his desires for us in two broad categories — he calls us to love him, and, equally

importantly, he calls us to love others.”

And this, he said, “is the essence of what we read in the Ten Commandments – Jesus reprises these thoughts when he is asked what the greatest commandment is – he responds that it’s to love God with all our hearts, with all our minds, with all our strength, and . . . to love your neighbor as yourself.”

This command has everything to do with how we are called to respond to people different from us, said Watson. For him, he added, God’s message is clear: “We are called to help each other — even if the person needing help is absolutely unlike everything I know or even stand for. We are called to live in community.”

Right now, Watson continued, is a time for generosity, not selfishness. It is a time to show more hospitality to people who have fled oppression and violence to reach our borders. This is a political issue, but it is an acutely religious one as well.

“In a time of global displacement such as this — we are in an age of significant displacements of people — of refugees around the world,” said Watson. “It is only right for us, as one of the richest nations on earth, as individuals who are capable of helping, to do just that – help others in need.”

Watson is an immigrant, having grown up in Guyana. He said: “I experienced the hospitality extended to me from this country. Immigrants are not takers; they are the very fabric of America.”

In the CRCNA, he said, the Office of Social Justice has relaunched the denomination’s campaign called “Immigrants are a Blessing, Not a Burden,” which exists to help equip churches to talk about and advocate for immigration in uniquely Christian ways.

“I believe that [immigrants are a blessing, not a burden] with every fabric of my being,” Watson said.

Looking ahead, the CRCNA is advocating for robust refugee resettlement numbers for fiscal year 2021 at an admissions goal of 95,000, which is the historical annual average for the program, said Watson.

Last year, the Office of Social Justice equipped hundreds of CRC members across the country — through congressional meetings, sign-on letters, postcards, emails, phone calls, educational workshops, and social media actions — to advocate for an admissions goal of 95,000. Due in part to the faith community’s influence, members of Congress from both sides of the aisle expressed their strong support for the refugee resettlement program.

This year, as part of the “Blessing Not Burden” campaign, Watson said, “we organized CRC members in Illinois, California, and Colorado to virtually meet with the members of Congress with whom the president is required to consult to decide on the final admissions numbers for 2021.”

Additionally, said Watson, the CRC is inviting its members to ask their state and local elected officials to show their support of refugee resettlement through a bipartisan sign-on letter to the president.

“And there will be more actions to come, since the CRC has such a long and committed history of welcoming refugees,” said Watson.