A Church Plant Grows Despite Resistance 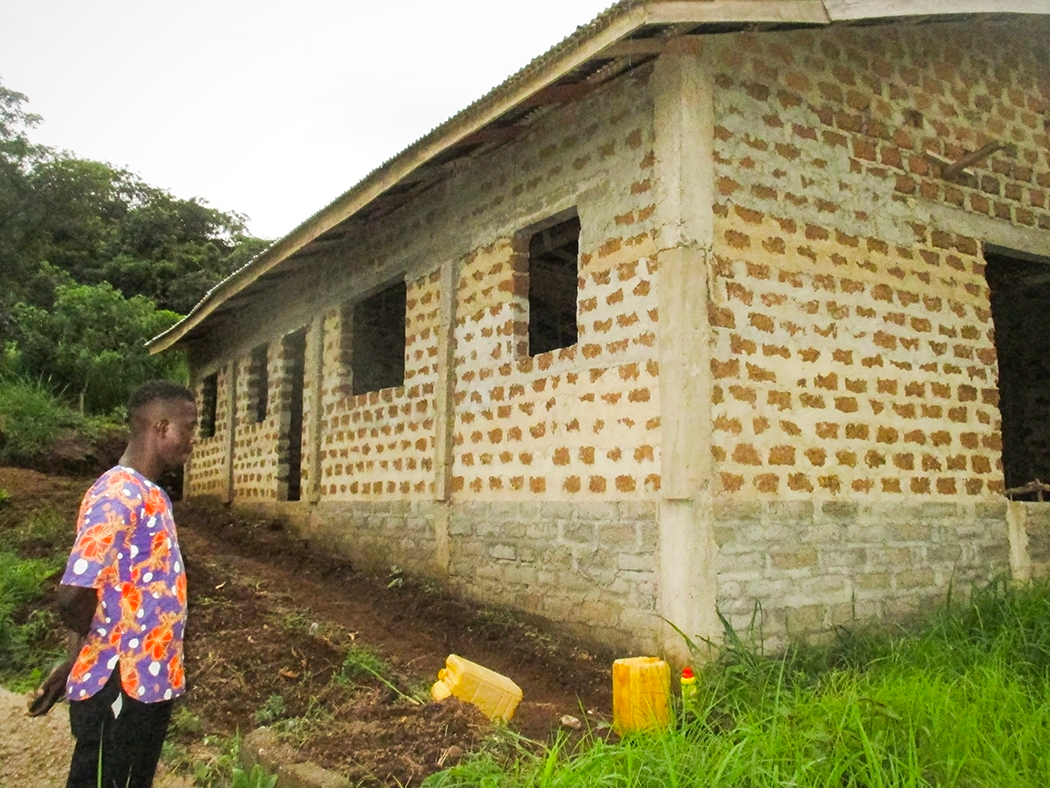 Andrew Papayo Koroma came to faith through the church plant in Heremakono village in Sierra Leone.

A village in Sierra Leone dismissed the idea of starting a church—not just once, but twice. Today, a church plant is growing and raising up strong leaders.

In Heremakono, a village of about 500 households in Sierra Leone, people come from a Muslim background. Years ago, Catholic believers tried to plant a church, but faith in Christianity didn’t take root because of the people’s strong beliefs in Islam.

But then the Christian Reformed Church of Sierra Leone, a Resonate Global Mission ministry partner, took a different approach.

Resonate missionary Istifanus Bahago works with the Christian Reformed Church of Sierra Leone to plant churches, train Christian leaders, evangelize, and facilitate other ministry. He worked with Christian Extension Services, a World Renew local partner in Sierra Leone, to come alongside the village and help improve life for Heremakono’s community. One of the ways they did this was through providing a rice milling machine for the women and by helping the community to reroof the school building after a storm.

“As we worked hand in hand with Christian Extension Services, we were able to witness Christ to the people,” said Bahago. “That gave them a lot of love for the Christian faith.”

As curiosity in Christianity grew, Bahago and other ministry leaders talked with the village about planting a church—but some people were more open to Christianity than others.

At first, the village said no.

A few people were angry at the idea of a church in Heremakono. They didn’t want a church in their village and they didn’t want to be forced to join it because of the help they received with the rice milling machine and school reroofing project.

Bahago and other ministry leaders recognized their uneasiness and listened as members of the village voiced their concerns. But Bahao explained that the help the village received was freely given—no one would be forced to join the church or become a Christian in exchange. Everyone was free to make their own decision. It eased people’s minds, and eventually, the church was given permission to form.

And while there were many people who showed no interest in Christianity, many people were eager to join the church and give their lives to Christ.

Andrew Papayo Koroma is one member of the village who gave his life to Christ, and today he’s a strong leader who is helping the church plant grow.

“Andrew has been a strong pillar in the growth of the church in Heremakono today,” said Bahago. “He is himself now a community mobilizer among his kin to come to church …. Andrew works there tirelessly without pay to make sure that there is a church in the village.”

Andrew is passionate about his faith in Christ, and the church plant remains strong in the uncertainty of the coronavirus pandemic. About 45 people are regularly engaged with the church plant, and Andrew is helping the church construct a building where they can worship and fellowship together. In the meantime, church members have been checking in with people and educating the village about handwashing and keeping physical distance.

The church in Heremakono is one of many churches that Resonate missionary Bahago and the Christian Reformed Church of Sierra Leone have helped to plant.