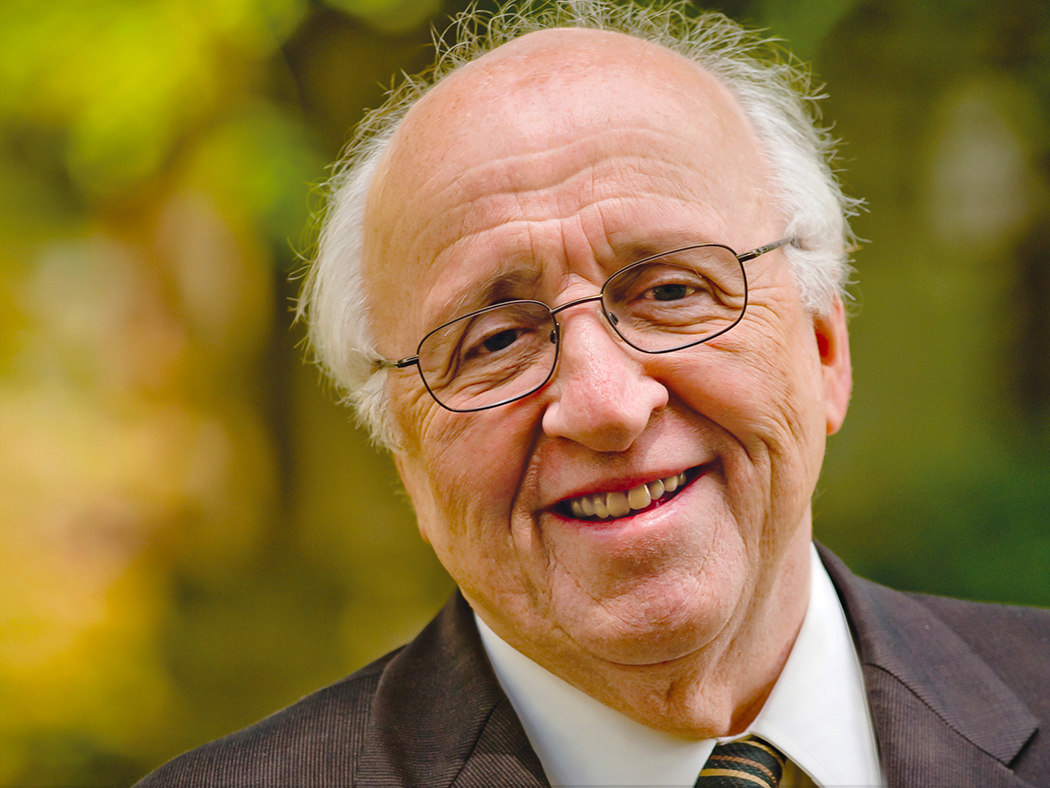 “Not long ago, churches were worried and argued about the issue of same-sex marriage,” he said. While that topic is still very much on people’s minds, other things are breaking in and severing the bonds within churches.

“Today [because of COVID-19] we are arguing about wearing masks and how close we can sit together,” said Mouw in a recent Zoom presentation for a webinar series called Church Now Conversations.

“People want churches to be a safe place where they can come for worship. They don’t want to be talking about politics. But we are deeply divided over issues. We have to ask, ‘How do we deal with the tensions that are out there in our congregations?’”

In May of this year several groups that focus on helping congregations taking fresh steps in ministry and mission decided that one way to help make this happen, especially during the COVID-19 pandemic, would be through an online opportunity to connect with some of the best evangelical thought leaders, said Larry Doornbos, director of the ministry Vibrant Congregations.

As a result, he said, they created a monthly Zoom gathering called Church Now Conversations (ChurchNowConversations.org). So far, participants have heard from evangelist Ed Stetzer; Kara Powell, executive director of the Fuller Youth Institute; and, most recently, Richard Mouw. In the coming months Tod Bolsinger, vice president for vocation and formation at Fuller Seminary, and author Lisa Sharon Harper will lead additional conversations.

“Each gathering has focused on different issues at hand,” said Doornbos. “Ed Stetzer spoke on COVID-19 and on issues of race. Kara Powell focused on the anxiety that is in our culture — especially among youth.”

The gatherings so far have averaged about 100 participants, who listen to a presentation, ask questions, and spend some time in breakout rooms to interact with others.

In his presentation, Mouw said the divisions within churches aren’t limited to conservative evangelical churches.

“These divisions are all over the place. They are also in the Catholic Church, the United Church of Christ, the United Methodist Church, the Presbyterian Church. Admitting that this is happening is our problem. . . . We should realize how much this is taking place and care about it.”

At this point in his presentation, Mouw quoted from Jeremiah 29: 4-7 in which God speaks to the Jewish people who have been exiled to Babylon and tells them, “Build houses and live in them; plant gardens and eat their produce. Take wives and have sons and daughters; take wives for your sons, and give your daughters in marriage, that they may bear sons and daughters; multiply there, and do not decrease. But seek the welfare of the city where I have sent you into exile. . . .”

Mouw said that he wishes people, especially those in the church community, would take these words to heart. “In America today we need to care about the peace, the shalom, in the place where God has placed us.”

Seeking well-being for everyone is a challenge that goes deep, he said. “We are called to fear the Lord and honor those who are different from us.”

At the same time, we need to stand up for the truth of what we believe. However, said Mouw, we must “do so with gentleness and reverence. We desperately need this in the ways we disagree with one another on issues of public life.”

He said his grandchildren go to high school with Muslims and students with different lifestyles and orientations. In the midst of this, his grandchildren — as the other students — have the chance not just to be polite or simply tolerate one another.

Instead, said Mouw, they can “get to know each other so that there can be some genuine learning between them.”

Mouw is the author of several books, including Uncommon Decency: Christian Civility in an Uncivil World, which deals with the question “Can Christians be civil to one another even when they disagree?” He was a professor of philosophy at Calvin University before going to Fuller. Recently he joined the Paul B. Henry Institute for the Study of Christianity and Politics at Calvin as a research fellow.

Throughout his career, Mouw has been deeply involved in interreligious dialogues with the Roman Catholic Church, the Church of Latter Day Saints, and other groups.

In those settings, he and others have taken the time — over a period of years — to listen and pay close attention to what the other faith traditions believe. They sought to be civil, to set themselves aside to learn from one another — a quality often missing in church life today, Mouw said.

Having been told by Jesus to love our neighbors as ourselves, he said, “We can contemplate people we strongly disagree with as being in God. . . . People desire to be loved, to be respected, not to be shamed. We should try to get beyond the surface to the hopes and fears that are at stake during this political campaign season.”

Rather than argue about issues, Mouw added, “Let’s begin with those things we have in common and start from there.”

Despite the tensions and trouble in congregations, we live in a “time when wonderful surprises are taking place.” Mouw pointed to a meeting he knows of that took place between a group of rabbis and young church pastors. The rabbis wanted to know what it meant to have a personal relationship with Christ.

“We have opportunities to lead people into a clearer understanding of our faith, but to do this in a loving way,” said Mouw. “These are days when we need to stand beside people, posing questions, taking their questions seriously. This is a time to be listening and learning together.”

To listen to past Church Now Conversations, visit VibrantCongregations.org/church-now.